Ark alumnus Mabast Hussein graduated from Ark's Burlington Danes Academy (BDA) four years ago. Since he left school, the 21-year-old has gone on to study physics at Imperial College and is now completing his masters in computational finance at University College London. Alongside his two former classmates, Kenan Salkic and Ammar Roomi, Mabast has piloted a project called Code2Success at BDA. We asked him why learning to code is so important for students and how the Ark network has helped him shape his future.

Mabast, talk me through your coding project?

The project is called ‘Code2Success’ and the aim is to achieve exactly that. Me and two other friends who are also Ark BDA alumni, Kenan Salkic and Ammar Roomi, are studying computational masters and will be going into programming based careers. We have seen the industry shift and the importance employers place on having coding skills. As a result, we have created this project to go into Ark schools with three main aims.

We aim to captivate students into coding as a potential career path or a tool for their personal development, show that coding can be for everyone, prepare students and give them a skill which will make their CV stand out.

Why is it important for children to learn to code?

There are some important skills that coding teaches children, but I will just mention the three most important ones. One of those is creativity, there are thousands of ways to write a code which will all achieve the same result. There is no one right answer, coding encourages students to create their methods.

Another benefit is communication because coding is simply another language. Coding teaches young people how to communicate efficiently, especially when they have to express their thoughts to a computer. Another is Independent learning, coding isn’t something which can be learned through reading a textbook, the only way to learn is by practising.

What was your reaction to how students from BDA were reacting to the project?

It was very surprising. Before even taking a seat the students were eager to start and were already asking questions. As I was walking around helping the students, I heard them say 'this isn’t supposed to be fun, but it is' - which made me very happy. It was also very nice to see the students cooperating and trying to figure out how to code specific parts. We ended the session by showing them a piece of code Ammar had created which predicted whether someone would survive the Titanic. We showed what they had learned today was still very practical and it’s direct use in this code.

What was it going into your old school to pilot this?

Before the class even started the students were asking us about life at BDA while we were there. They were asking about our experience at university and what jobs we are doing. I think it’s nice for students to be taught by people who walked their steps, and as three alumni who went to university, have completed internships and currently undertaking their masters - I feel like there is a lot more than coding that the students can learn from us.

How did the Ark network support you?

I have received a great deal of support from the teachers at BDA, especially Miss Ingr who has been my main point of contact. She has advertised my project around the school, set up times for me to talk in assemblies and provided me with critical feedback. While developing the Code2Success project, I was also doing an internship with the Alumni Engagement team at Ark. Maia Gibbs, who is the Alumni Engagement Manager, provided me with a lot of support and set up meetings to discuss my project with other people from the team.

Are you an Ark Alumnus and want to share your success? Sign up to the Alumni Community here or contact Alumni Engagement Manager Maia Gibbs on maia.gibbs@arkonline.org. 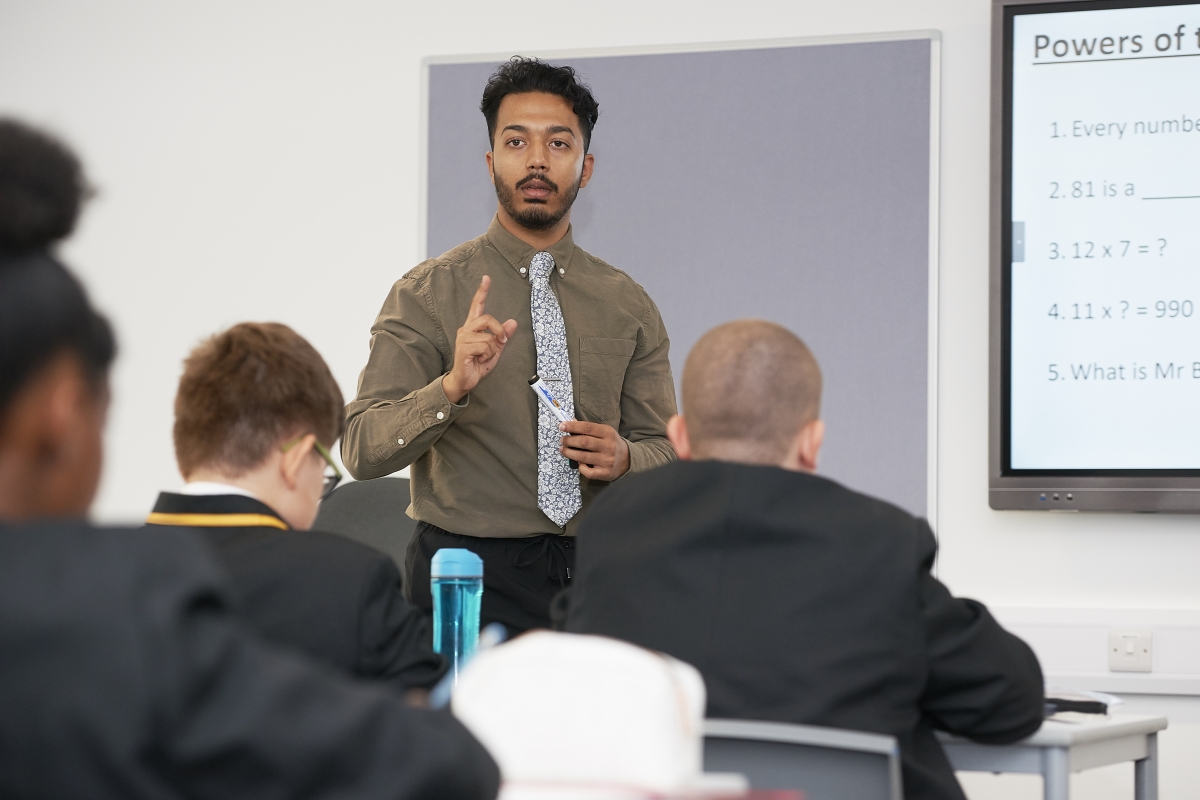 Ark Start is our new early years education programme that has opened two new nurseries, one at

Meet Olamide Ola-Said – A leader in the making

Making the most of new digital opportunities for Ark’s students