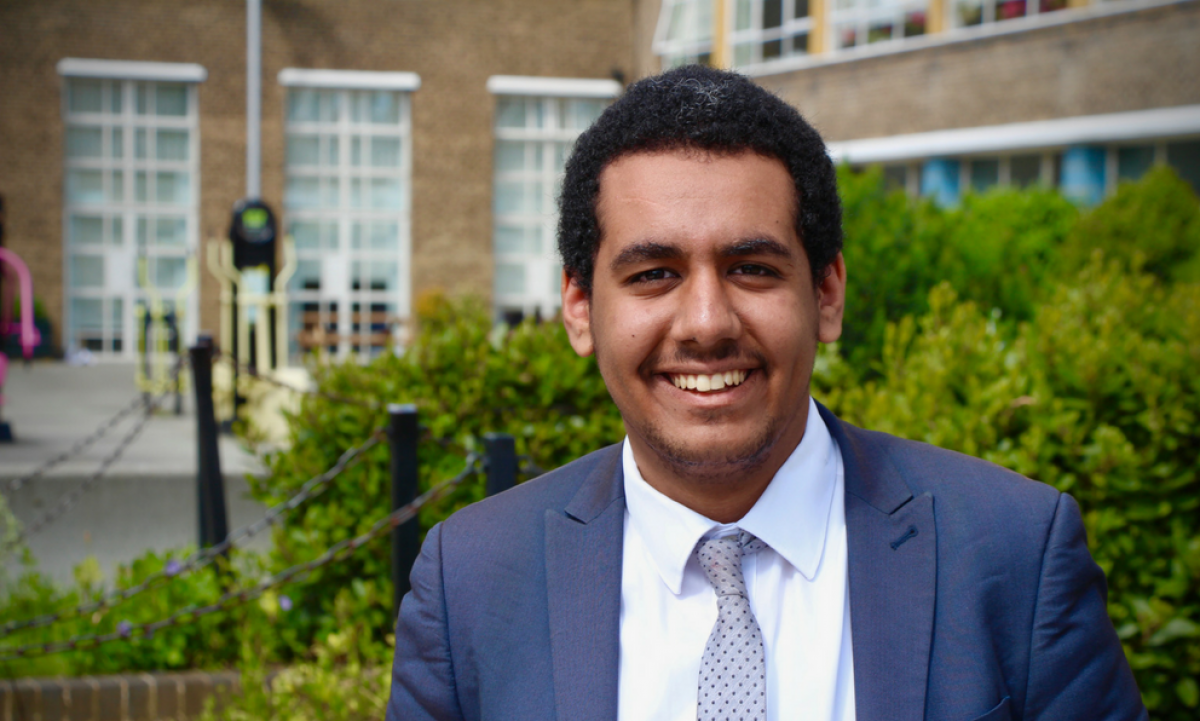 Mohamed Mohamed is an 18-year-old A level student at Ark Burlington Danes Academy in west London. He achieved A*AA in his A levels and this summer he will be moving to America to study aeronautical engineering at the Massachusetts Institute of Technology (MIT) – on a full scholarship.

While being accepted to such a prestigious university on a full academic scholarship is noteworthy enough, Mohamed’s story is even more remarkable, because just last year, he and his family were homeless.

Mohamed was supported in his journey by the Sutton Trust’s US Programme, run in partnership with the Fulbright Commission, and by A-List Education, an organisation that has partnered with Ark to help support students seeking opportunities at American universities. A-List, along with the Sutton Trust and staff at Ark Burlington Danes Academy, guided Mohamed through the application process, but the hard work of studying and obtaining the necessary grades was still all up to Mohamed to achieve.

"I decided that I wasn’t going to let my circumstances take anything away from me," he said. "I once saw a motivational speaker on YouTube and in his video he said, ‘when you want to succeed as badly as you wanted to breathe, then you will be successful’. Even though that’s kind of over-dramatic, it really stuck with me."

Mohamed found out his family had lost their home one day last year, after a long day at school. He was waiting for a bus when his mother called, letting him know that there was no longer anywhere for him to come home to. They had been unexpectedly evicted from their small west London flat. She asked Mohamed to wait at the bus stop while they scrambled to find a place for the family to sleep that night.

"The council helped put us up at a Travelodge and then after a couple of nights, we switched to another Travelodge and then to a hostel,” Mohamed said. “At first, I felt like it was going to be a short phase but it went on and on for eight months. It was all pretty shocking. There was a lot of pressure on me."

During that time, Mohamed stuck to his study routine – habits he developed over the years that had enabled him to achieve 7A*s and 4As on his GCSEs. While his family moved around from one temporary location to another, he would find ways to keep studying. He would sneak down to the bar of the Travelodge, taking advantage of their 30 minutes of free open wifi. When he reached the time limit, he would move over to the local McDonald’s restaurant so he could continue revising.

"My mum told me, ‘don’t worry about all of this; just keep on doing what you’re doing and don’t let it distract you from your work.’ My parents were really calm and collected throughout all of it."

His family were eventually relocated to a new home and a few months later Mohamed received the good news about his university application.

"I wasn’t expecting to get into MIT, so I didn’t tell anyone in my family about it. I was in bed on my phone and I opened the website just to check if anything had been posted about my application, and then I just started shouting. I was so excited, I was jumping around and shouting, so my dad came running in because he thought someone had broken into the house!"

Mohamed is now one step closer to fulfilling his dream of becoming an aeronautical engineer at the European Space Agency. He has a long list of people who he credits with helping him: his parents, A-List, the Sutton Trust (including his mentor Jonathan Kendall) and several of his teachers at Ark Burlington Danes Academy: Mr Hoddersmith, Mr Pointer, Dr O'Hear and Mr Whitlock.

But thankful as he is, Mohamed is quick to point out that he doesn’t see his experiences as a Cinderella story – he downplays any mention of good fortune and emphasises that it was all about hard work.

"My mum is from Somalia and my dad is Sudanese. They moved to the UK because they wanted to give me and my siblings the chance for a good education. Students who come from fancy neighbourhoods are used to seeing success all around them. But anyone can go to a good university – it’s an open invitation, with a pretty high price to pay – your time. You need to sacrifice so much of your time and effort to get to that place of success."

You can read some more stories from our A level students here.