Ark teacher stories: “Being a teacher keeps you young” 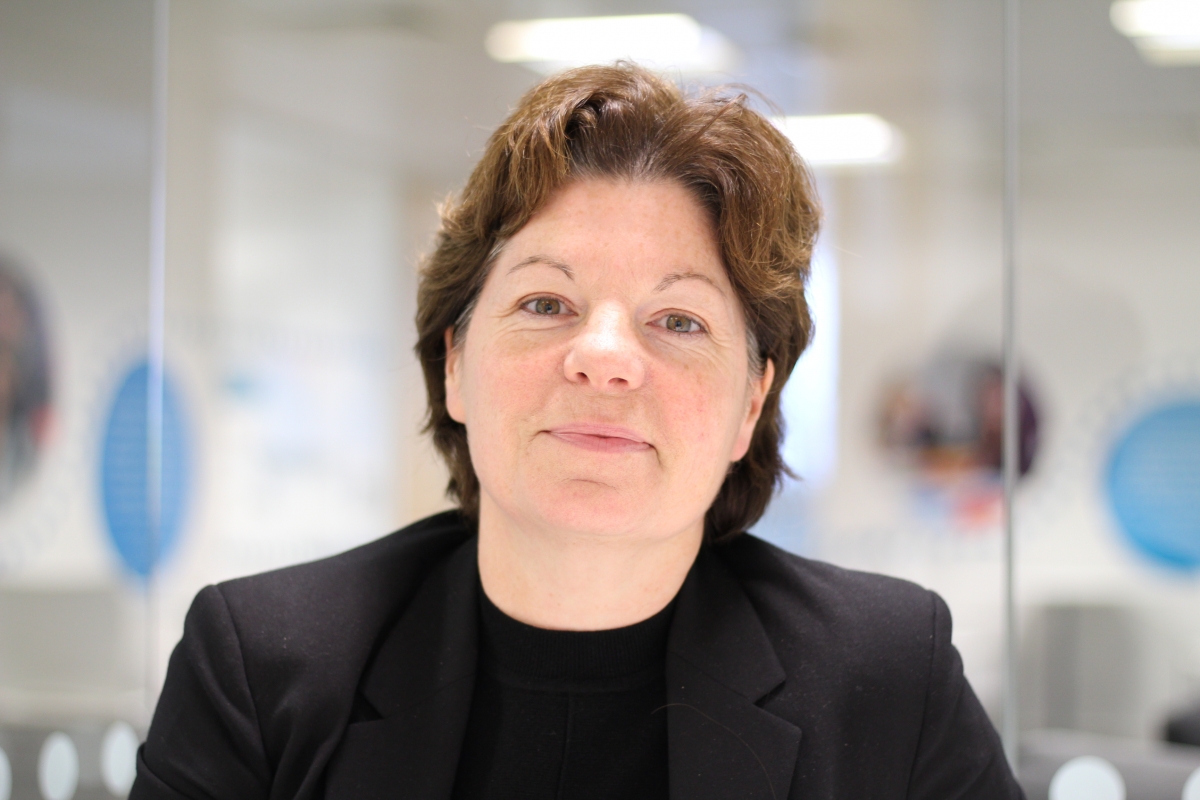 Siân Maddrell recently joined Ark as the new Secondary Regional Director for South London. Siân is a successful school leader with more than 25 years’ experience. She was previously Headteacher of The Grey Coat Hospital and Chair of the Westminster Heads’ Collaborative. She talked to us about her journey in education so far.

When people ask me, “why teach?”, I tell them that we do it because we truly believe in the potential of our students to go on and have a positive impact in the world. Wanting to teach stems from a desire to empower the next generation to be successful in every aspect of their lives – not just in their careers but their personal and emotional lives, too. You need to think big. That’s why being a teacher is ultimately so rewarding. It’s a real privilege to be a part of each student’s journey into adulthood.

I lived in quite a few different countries as a child. I went to primary schools in Wales, Belgium, England and New York. When I lived in Belgium, my parents sent me to an English-speaking school, but I asked to go to the local French-speaking school instead. At that young age I had a love of languages and learning about different countries, cultures, people and beliefs. Experiencing so many different school environments as a child and living abroad changed my life. You really need to know who you are, but also be flexible. I think this is one of the reasons why I became a teacher.

When we returned to England I started at a girls’ secondary school. The positive side of single-sex education was that I didn’t feel the sense of limitation that I might have otherwise. But despite this, and despite the fact that there were lots of opportunities and a sense of community in the school, I didn’t always feel challenged. So I’ve always wanted to make sure that the students I teach feel challenged in a positive way.

After school I did a degree in French, and started as a Fashion Buyer at Fenwick, the department store. It was pretty clear from the start that the job was about money, and not people. I really missed using my languages too. So I thought to myself, ‘What job would marry these two things together?’ – and the answer was teaching. My mother told me afterwards that she always knew I would become a teacher. I’m not sure why; perhaps because I am bossy!

After completing my PGCE I started my first teaching role at The Grey Coat Hospital, where I stayed for eight years, working as Head of Languages. As soon as I stepped into the classroom, I knew this was the job for me. I found being a teacher enormously fun. Being around young people at that stage of their lives, seeing their passion for the subjects I was passionate about myself, and being able to share my love of learning with them. But I won’t pretend teaching is an easy job. You can’t be a teacher without giving of yourself – and that can be difficult. You learn the techniques, and eventually you become more skilled in your job, but it doesn’t happen overnight.

Grey Coat was a wonderful school at which to start my teaching career, but I knew that to keep learning and to push myself I would need to make myself move on. I worked at three more schools, including Elliott School before it became Ark Putney Academy, and Pimlico Academy alongside Jerry Collins, another Regional Director at Ark. And then the job of headteacher back at Grey Coat came up.

I surprised myself – I had never expected to become a headteacher. I loved my job, and the community I was in was important to me, but headship? I probably shouldn’t say this – but it wasn’t an ambition of mine, until someone suggested that I go for the role. I became headteacher of Grey Coat in 2011, and I was there for eight more years. It has been an amazing experience. But not without challenges. My learning curve was more of a vertical line!

There was a job to do in the school around culture, and to ensure we were making sustained improvements so that every single child was given the best possible opportunities in life, whilst being challenged and nurtured. I do think that I was the right person to do the job – but what made a real difference was that everything was a massive team effort. It’s wonderful to see what can be achieved with a team of committed people who are positive about possibilities of young people – and know how to drive and support them.

I found being a headteacher a huge challenge. It’s not necessarily the amount of work – it’s the variety of things that you are ultimately responsible for. Values are really important to me. We needed to be clear about what we stood for, and everybody in my team contributed to those values, creating a wonderfully positive and purposeful community.

I had to find the courage to take the next step in my career – and to push myself to make a wider impact, by taking on the role of Regional Director at Ark. It was very hard to leave such a special community, but I have learnt a huge amount and I want to be able to support others in that journey. I think one of my biggest challenges is really understanding the nine different schools for which I have responsibility. I need to be responsive to their local communities. I have lived in South London for a long time so I do know aspects of the areas and communities, but it’s also crucial that I get to know the people in the schools. And that obviously includes the students – I want to talk to them and understand their experiences.

I am sure lots of teachers out there are considering their next step in their career in education. My advice would be to work hard to get the basics right, and to take time to understand how to be the most effective teacher you can be. Get into other people’s classrooms, talk to other people about teaching and learning, think about each individual child, and keep reflecting on what you are doing. Most importantly, keep challenging yourself. Being a teacher keeps you young! You’ve got to stay up to date with the kids and constantly reflect on how the world is operating. And you have to be able to adapt.

When you work in education, whether you’re a teacher, a head or a Regional Director, ultimately, it’s about the people. What drove me in my career was the mission of developing and supporting young people. And in my heart, I will always be a teacher.