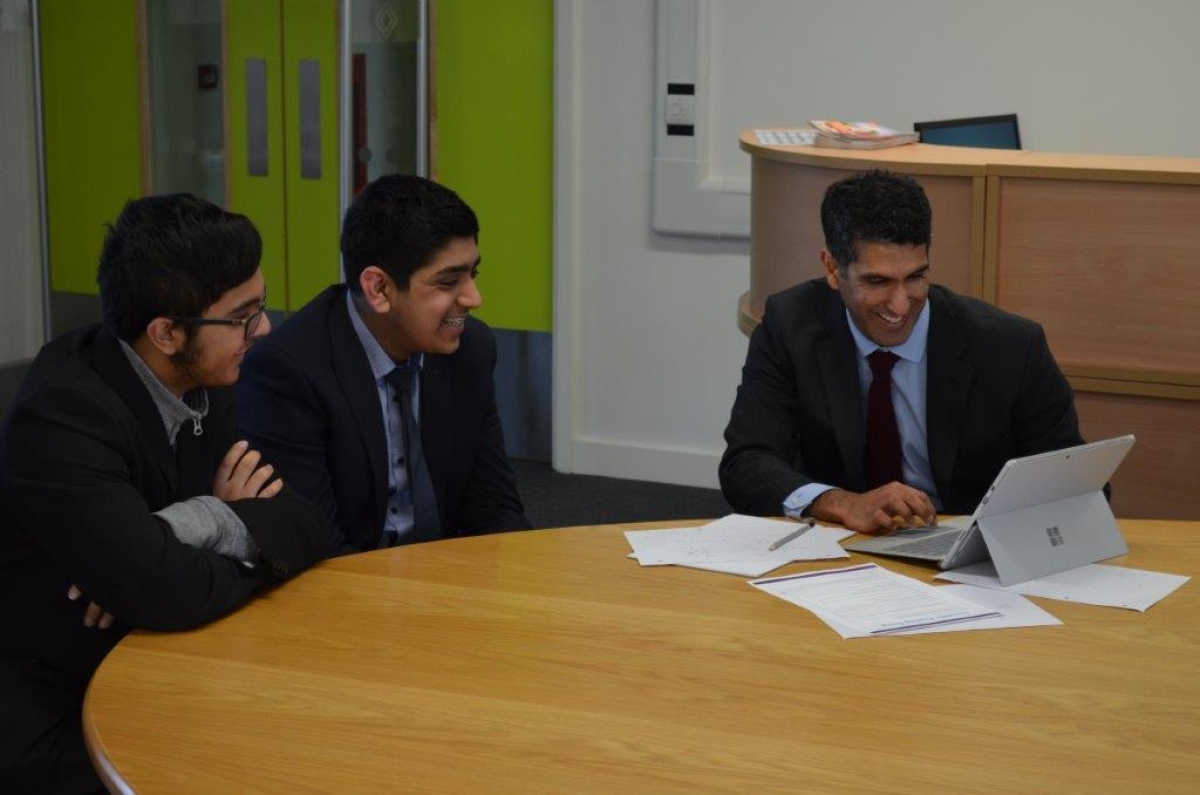 Wasim is a graduate from the University of Cambridge who worked as an Equities Trader at Goldman Sachs, before becoming a Partner at Marshall Wace Asset Management while still in his 20s. He is currently working towards a master’s in applied mathematics at Imperial College.

I've always wanted to give something back to society and I was already involved in some mentoring and charitable work in my old school when the chair of Isaac Newton Academy in Ilford asked me if I would be interested in becoming a governor.

There are plenty of schools near my home where I could have become a governor but I didn’t think the same kind of need was there. Isaac Newton is an inner-city school in a working class area with a large South-Asian Muslim population. There are contextual issues that someone from a different background might not understand, too.

When you have a diverse group of students, you often wind up with a diverse set of problems. For example, a Muslim girl might have particular challenges about selecting university – whether her family is comfortable with her living away from home or not. A child from a Sikh background might have particular issues with the school uniform, or about whether to play certain sports. Ramadan might occur just as students are taking GCSEs. There needs to be a lot of discussion around what kind of guidance to offer Muslim students who are fasting during their exams.

By having diverse school leadership, you can ensure the school understands and meets the needs of all the pupils. I felt that I brought relevant experience to my role as a governor. Coming from a working-class Pakistani background, I knew some of the relevant challenges.

My father moved to the UK when he was 11, from Kashmir in Pakistan. He came from a very rural background and he didn’t have the opportunity to study beyond the age of 16. He wanted to make sure his children had opportunities he didn’t, so I grew up in an environment where education was seen as a real privilege and something that would open doors for you.

I was very fortunate that I had teachers and mentors in my secondary school and sixth form who spent time helping me and supporting me. Teachers who would stay late after school, doing extra work to help me. Education is the greatest tool of social mobility. Irrespective of whether you have a lot of money, if you have a good education, you will have huge opportunities in life. The support I received helped me get into Cambridge and that started a positive domino effect on my career.

I am driven by wanting to make a difference, but I’m also learning from, and enjoying the experience. I’m passionate about mentoring young mathematicians and scientists. I stay behind after governing body meetings and work with several promising scientists and mathematicians at the school. I talk to them about their studies but also about their aspirations and selecting a university. For me the best part of being a governor is knowing that you're making a difference and seeing that you’ve had an impact on the pupils.

Governors play an important role in schools and anyone that’s been through education has valid experience that they can bring to the role. If you think you've got value to add and if you're motivated, then I encourage you to become involved by contacting a local school and applying to become a governor.

Would you like to register your interest in becoming a governor at an Ark school? We have opportunities at schools in Birmingham, Hastings, London and Portsmouth. Find out more here.