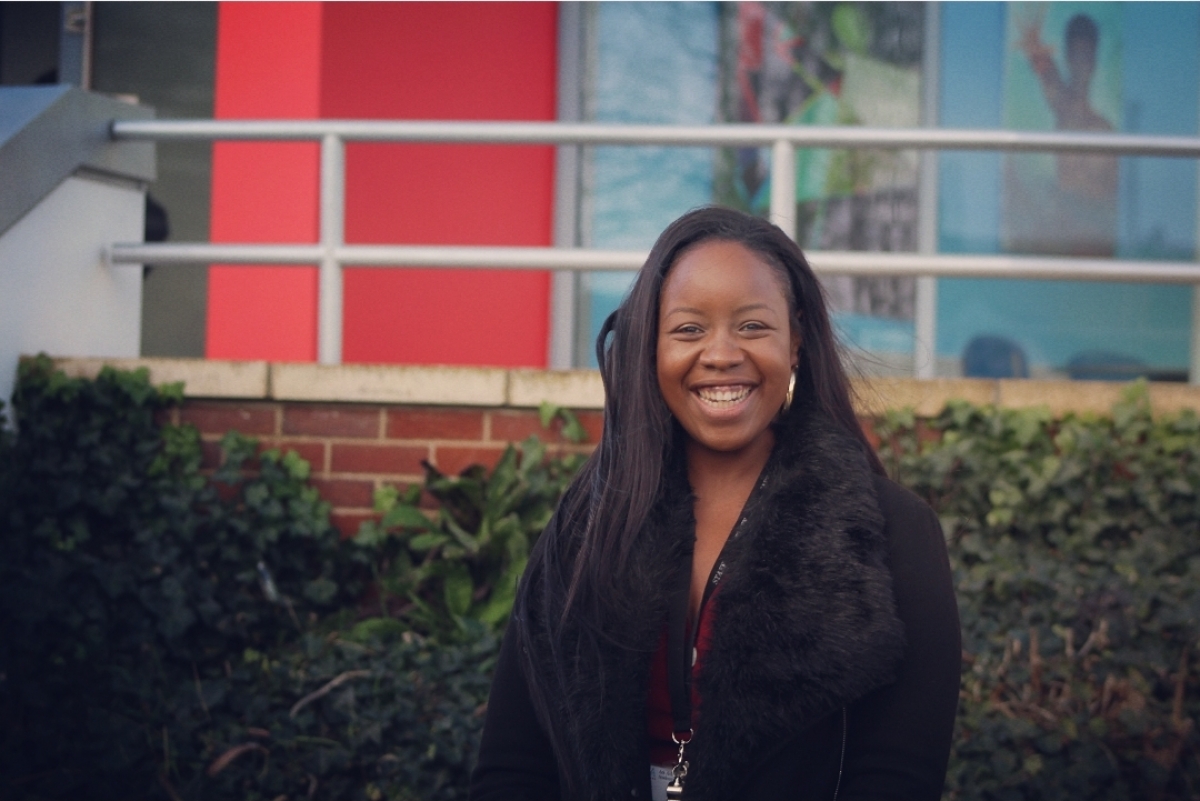 Nickael Briggs has been a teacher for eight years, working in schools in south London before joining Ark Acton Academy in 2018. She is the Assistant Principal, teaches Sociology and leads on Culture and Curriculum. This year, she was recognised in a list of the 100 most inspirational teachers in the UK by The Guardian newspaper and the Department for Education, which we highlighted in February. She was selected for her fresh co-curriculum approach that empowers young people to engage in public speaking, social action, and teamwork. Let’s find out more about this enthusiastic school leader and the latest in our #ArkPeople series.

When I was younger, I went to a disadvantaged school in south London, and we weren’t expected to do well. Luckily, there was one teacher who believed in us and pushed us to be better. I was 15 years old, and she asked us to imagine ourselves in 10 years’ time. I remember being inspired by this teacher and thinking to myself how powerful it would be to have more teachers like that. It was from that moment that I decided I wanted to be a teacher. If I worked in a school like mine, I could have the same impact on young people, help them to believe in themselves and realise that they can be successful if they’re encouraged.

I took my decision seriously, but I didn’t know what I needed to do to become a teacher. I started researching, but I realised that I was way off track because my predicted grades were low. Our school had a lot of supply teachers, and I ended up teaching myself. I sought out the good teachers in the school whose lessons I wasn’t in and asked them for extra work. As a result, I became the most improved student in the school– the teachers were shocked!

I decided to apply to one of the best sixth form colleges in the area, which surprised my teachers, who said I shouldn’t apply as I wouldn’t get in. However, I wanted to prove them wrong, and I secured an interview at the college. The admission teams told me that they didn’t usually take students from my school, and they were curious about why I wanted to do my A levels there. I remember having to justify my reasons, but I got in!

I worked hard, and I went on to university, where I had a placement as a learning support assistant. I went on to study at the Institute of Education via the University College London and did my teacher training. At my second placement school I was offered a job and within a year, I was promoted to head of department.

I was working at a school in Lewisham for two years before I came to Ark Acton. A lot of my work is about creating and offering co-curriculum activities and thinking about how we can help develop each of our young people’s character. I’ve secured opportunities to help them develop specific skills. For example, we work with organisations like First Give to engage students in social action. We also participate in the Jack Petchey Foundation – Speak Out Challenge as part of our dropdown days - the school has six dropdown days a year when they collapse the regular school timetable. Students get to work in areas to develop different skills like public speaking, which is something that Ark Acton is very keen on pushing. We have our Year 10s taking part in the Speak Out Challenge, and we run a debate club.

I created and launched the Acton Character Passport (ACP) as a way for students to capture their experiences as when they get to sixth form, they’ll have examples of experiences outside of the classroom that will give them an edge. It’s all about building the whole person, and this ties in with the Ark pillars.

I’m aligned with Ark’s values, and what it stands for - caring about every pupil so no child is left behind. We go beyond focusing on exam results as that will only take you so far. Students need to be able to hold a conversation, communicate effectively, and problem-solve.

I love the rigour and the training that comes with being part of the network and the opportunities I’ve had. I was able to train with the Ambition Institute to be a teacher educator, and now I help coach staff members in our school to help them become better educators.

Ark is developmental rather than judgmental, we’re learning every day, and you’re with colleagues who are open to learning and value our profession. Becoming an Ark school increased our students’ life chances, and I can see that we’re having a positive impact.

In 2017, I became the first winner of the First Give ‘Teacher of the Year’ award, and I hold the 2015 Jack Petchey award for ‘Outstanding Leader’ and I’ve also been shortlisted for an Ark award.

Being part of The Guardian’s top 100 inspirational teachers is a huge honour. I was very shocked when I was told I made it onto the list and feel very lucky. I’m proud that my passion for education has been acknowledged. I want to make a difference to young people. I want to equip them with the skills to be the best version of themselves, have a career of their own, and know that there’s someone in their corner.

I never wanted to be a senior leader. I only ever wanted to be a great teacher because I thought that’s as high as I wanted to go. I remember being at the 2019 Ark Summit where Julie Jackson (President at Uncommon Schools) was the keynote speaker. She said: “It’s my job to make sure that people that look like me have a seat at the table and that table is the one where you get to make decisions”. That’s when the penny dropped for me, and I wanted to do more. I saw a black woman, a principal, and she was leading the way in America. Sadly, there are not many BAME leaders in the profession in the UK. We’re not very visible in leadership, especially young black women, so I feel responsible for the next generation.

I’ve become more strategic in becoming a leader, and I’m thinking more about developing talent. I’m looking for colleagues who are as aligned as I am in co-curricular activities, so students aren’t held back because they don’t have any experience outside of the classroom or transferable skills they need.

It’s great when a young person is figuring out what they want to do, and you’re able to help. I tell them to plan backwards, think about their end goal, how they can get there, and try to help remove barriers they might face.

One of my former students is about to become a teacher because I inspired her. Maybe one day we’ll be working at the same school. This is someone who didn’t know what they wanted to do either, and now she’s going to be educating young minds and making an impact.

My aim is simple, to continue working hard and doing my best to make a positive difference to our students' lives. 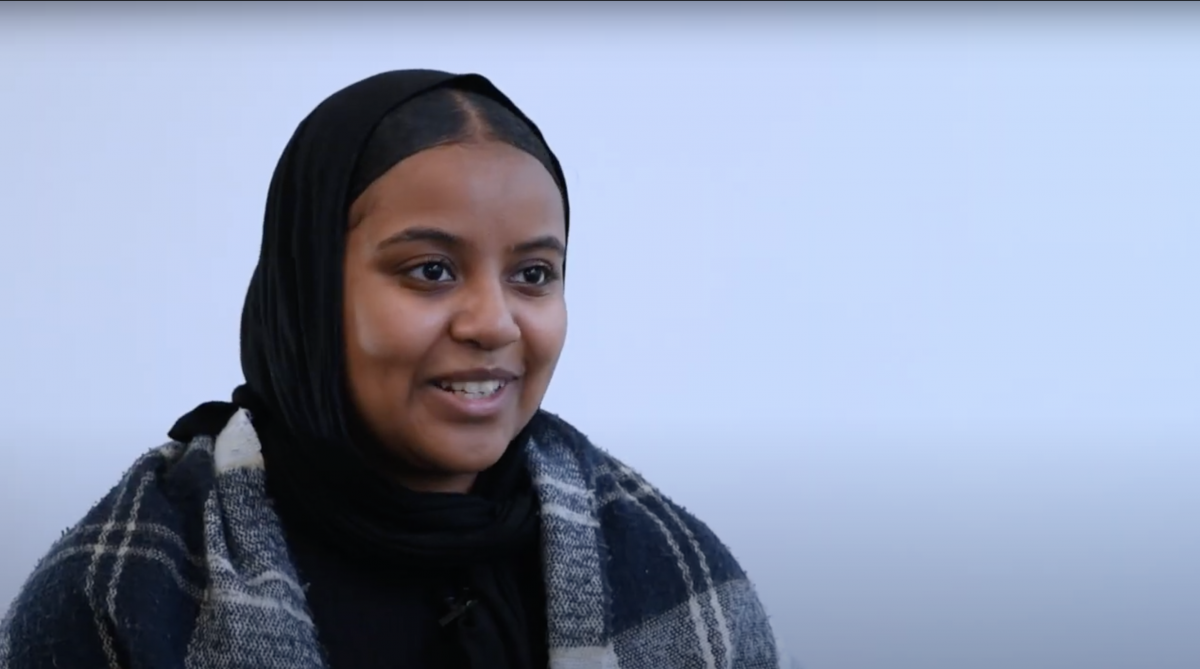 Students tell us about their lockdowns

Supporting the wellbeing of students is at the heart of Ark’s recovery plans. Here, one of our students, explains how lockdowns have affected her mental health.

In September 2020, 180 Year 7 pupils began their secondary education at the new Ark Blake Academy in Croydon; over in West London, anticipation mounts as A 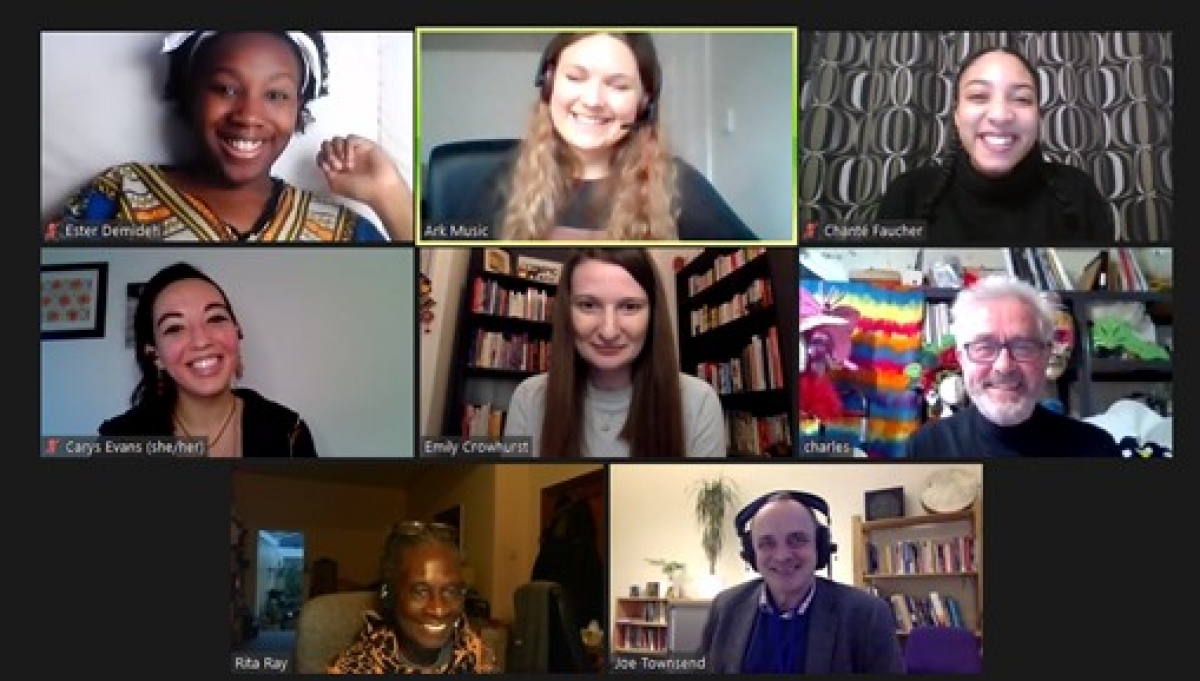