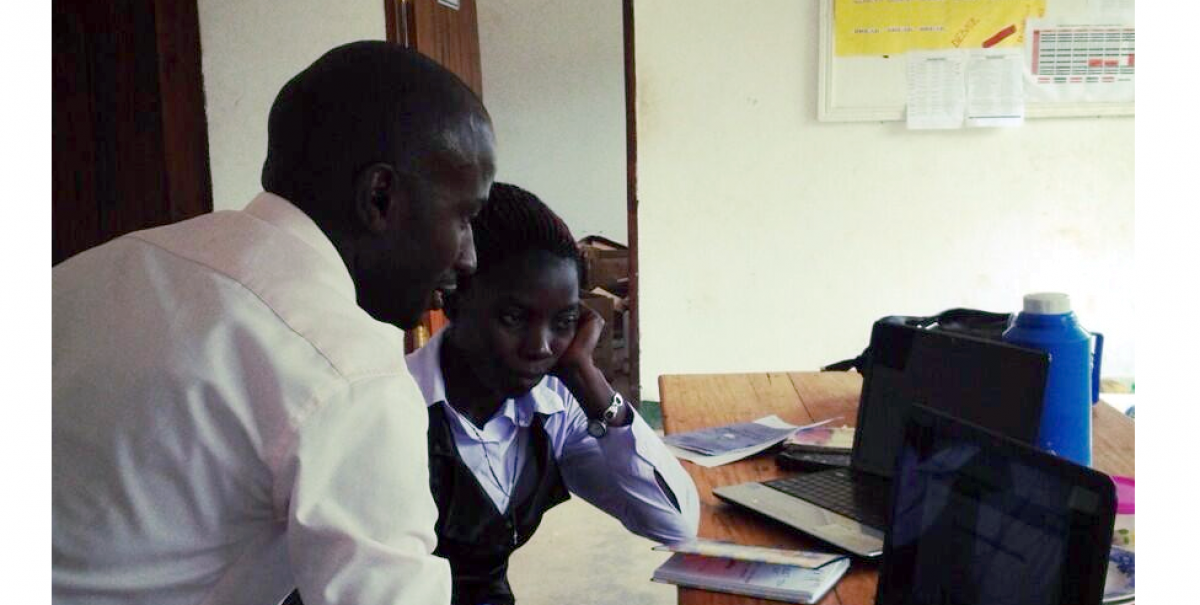 A group of us at Ark (@ArkSchools) and PEAS (@PEASchools) are collaborating to work out how to approach the School Information System (SIS) in developing countries. The first task is to get something working for the PEAS network of 24 secondary schools in Uganda. But we'd also like our solution to be viable for publicly funded schools in any developing country.

To have a sense of the size of that challenge, you need first to understand the funding disparity between schools in the developed and developing world. Let's take rich countries first. The  latest data show that OECD countries annually spend $7,637 from primary through tertiary education, on average. The cost of the SIS in England currently hovers around the £10 ($16) per pupil per annum (pppa) mark, or around 0.02% of total funding. So basically, if you are a school in a developed country, you can afford an SIS.

However, for schools in developing countries, it's an entirely different story. It's harder to find up-to-date data from the developing world, but research from our international team shows that per-pupil expenditure is generally between $40 and $150 in Sub Saharan Africa (South Africa is the exception, at over $1,000 per pupil per annum). In India it is not a great deal higher - the primary average is a little over $200. So a School Information System at UK prices would effectively swallow up to a third of a Sub Saharan African school's budget. Given that schools need things like teachers, buildings and books, that's clearly a non-starter.

With that in mind, the PEAS / Ark hypothesis has been that the developing world needs a free, open-source system with minimal support requirements. (Remember, it needs to be affordable even at per pupil funding of $40 pppa!) It would also have to have decent functionality, covering all the key areas such as attendance, assessment, behaviour, fees, timetable and reporting. And it would need to handle both network and individual school reporting needs. That's quite a big ask.

At first we thought we'd have to build something from scratch. But then we researched the market, and we found that quite a few projects with similar aims were out there already. The following seven were all promising:

Of these, the ones in bold (with links) were the most interesting, so we looked into them in a bit more detail. And, in our opinion, SchoolTool was the best. It is still being actively developed, it has solid technical underpinnings, and an impressive array of functionality. We also liked the fact that it had the backing of the Shuttleworth Foundation, the charitable vehicle of Mark Shuttleworth, the founder of Ubuntu. Some of the systems we looked at took a "freemium" approach, where the entry-level free version can be upgraded to a premium, paid-for option. We like that business model in principle, but we needed more functionality in the "free" version than was available in those we studied. SchoolTool, on the other hand, wants to be free: it is open-source in the philosophical, as well as literal, sense.

SchoolTool has some technical quirks - it only runs on the Ubuntu operating system, for example, and it's been developed using the increasingly archaic Zope Python framework. But these are fairly small quibbles and by no means deal-breakers; the more important thing is that it's free, and it works.

Our requirements went beyond SchoolTool's current specification, so we paid for some further development to increase functionality and make it work for a network (as opposed to a standalone school). Then in mid-June Sunesh (one of Ark's SIS systems gurus) went out to Uganda with Sabina from the international team to get it set up in two pilot schools. (Sabina's Twitter feed has several photos fromt the week, including this one of a training session in mid-flow.)

The initial feedback from PEAS is really encouraging. We're told the schools are finding it valuable and easy to use. It also runs on cheap hardware, so the support requirements should be minimal.

There are one or two technical teething problems (for example, it turns out that Ugandan mobile Internet Service Providers don't like it when you try to push scheduled data packages over their network. Who knew?) But they all seem surmountable, and anyway, that's why you have pilots, right?

Long-term, I wonder whether anyone will ever work out how to make a School Information System that looks like a platform and which solves developed AND developing world problems. It doesn't seem too far-fetched to me to imagine an SIS that combinesMoodle's open-source approach and depth of functionality with Salesforce's usability and appExchange. But until that exists, we reckon SchoolTool is a great way of getting your developing world school (or network of schools) online. And crucially, it's free, which is my favourite price.