Text messaging HIV-positive mothers and patients: how far can a simple message go? 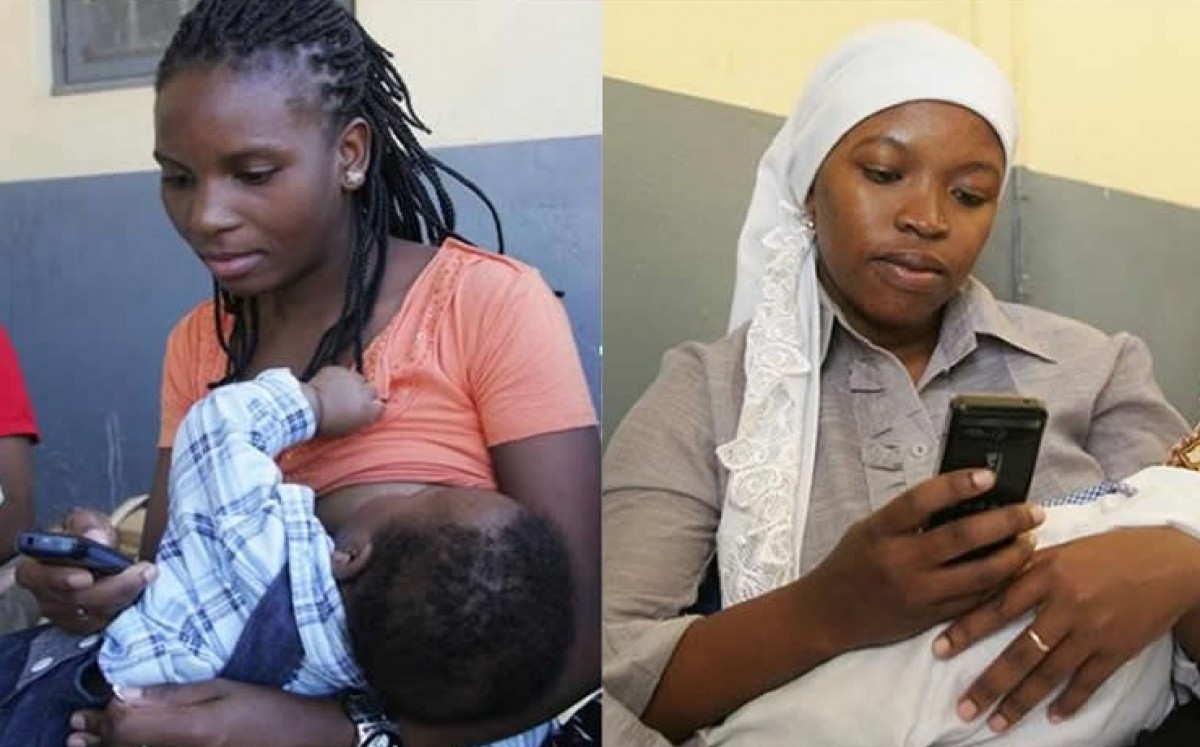 Last month I spent an afternoon with a group of new mothers in Machava, a small town close to Maputo, Mozambique's capital city. We sat under a tree, sheltered from the hot sun, and talked about their experience giving birth and the joy that their new babies were bringing them. It was an inspiring experience for me - as the parent of a young child, I know what an overwhelming yet rewarding experience new motherhood is.  These women had faced an extra hurdle to deliver their babies safely into the world: they are all HIV-positive.

I knew the young mothers well: they had all taken part in a research study run by ARK, evaluating whether text messages improve adherence to treatment and antenatal care among HIV-positive patients. While treatment for patients living with HIV is increasingly available in Africa, even in poor and remote communities, adherence to treatment remains a real challenge. Once HIV-positive patients start taking antiretroviral therapy (ART), it is vital that they stick with the it,not only for their survival, but also to prevent drug resistance and to reduce the risk of infecting others. Antenatal care is vital for HIV-positive mothers-to-be - here they receive vital interventions during pregnancy that prevent the transmission of HIV to their baby

1,300 patients were assigned to the "intervention group" to receive text messages, alongside a "control group" which did not receive messages. Both groups were followed for twelve months. We wanted to find out whether the group receiving appointment reminders and educational messages were more likely to attend regularly their antenatal or check-up sessions.

The results are just in - and there is a lot that we can use to inform HIV policy and practice.

Success in the city

We found a significant impact among people living in and around towns and cities.

The treatment default rate among HIV patients who received our messages was half that of the control group. Interestingly, certain patient attributes were associated with a higher rate of default. Patients who are single were twice as likely to default from treatment compared with those who are married or have a partner. Patients who were very sick when they enrolled in the study were four times more likely to default. These are important insights that can help health providers plan treatment programmes more effectively.

We also found that HIV-positive pregnant women who received the text messages were more likely to give birth in a health centre or hospital, and more likely to bring their baby for early HIV testing before eight weeks. Babies need to be diagnosed and treated early - otherwise more than fifty percent will die before their first birthday. This valuable data - among the first of its kind in Africa - could help to save the lives of countless newborn babies.

Network down in rural areas?

The results were not all good. For people living in rural areas, text messages had limited impact. Mobile networks are less reliable outside of the cities so perhaps the messages were not frequent enough. We also may have to word the messaging differently to account for lower levels of literacy in rural areas. Our study found that distance to the health centre was also a risk factor: those who lived more than five kilometres from the health centre were almost five times more likely to default on their treatment.

Although all women who enrolled in the study were literate, we learned that pregnant women in the intervention group who have not been to secondary school were twice as likely to miss their antenatal care checkups. We need to explore why the programme did not work as well for less educated women.

We were also unable to reach as many women as we hoped. Twenty-nine percent of women (and seven percent of men) who wanted to be part of the study were not able to because they did not own a cell phone. This is a barrier: as we scale up, we are worried that many women will not be able to take advantage of the programme. We are considering whether we can include more women by  using her husband's phone to receive messages, for example. But it is not that easy - many women do not feel able to be open about their HIV status or need to ask their husband's permission before using his phone. Gender continues to be a barrier in access to health care and is a significant challenge for us to tackle.

Back in Machava, the new mothers tell me that the messages helped them to feel encouraged and cared for as their pregnancy progressed. As Maria said, "If the hospital wants to help me, then I need to also take care of myself. These messages helped me do that." Our task now is to find out how this simple innovation can work better for everyone, everywhere.