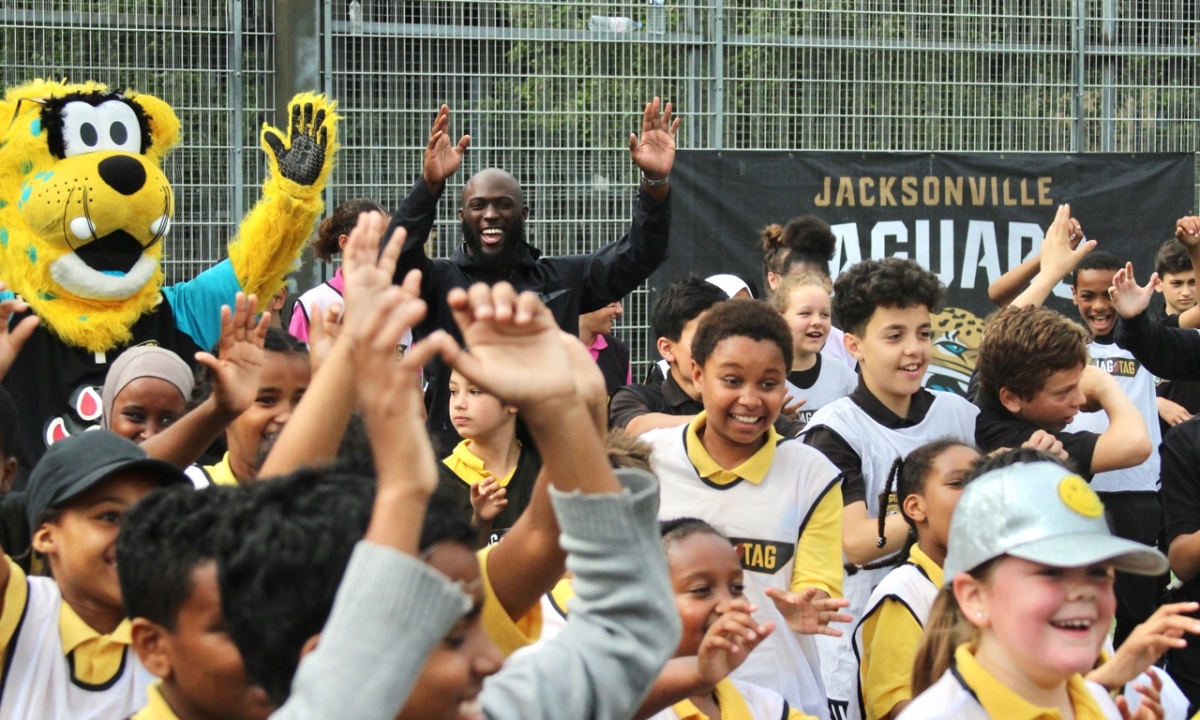 A group of year 3 and year 5 students from Ark Swift Academy in west London were recently treated to an American football training session, featuring coaches and a star from the National Football League (NFL).  Hosted by professional team the Jacksonville Jaguars, the event was filmed as part of a documentary on American Football presented by Vernon Kay.

The session featured Jaguar star running back Leonard Fournette, who described his participation as a way of sharing his success and his love of American football with the wider community. “These kids are the future,” Mr Fournette said. “I wanted to give something back and spread the love. They are the next generation and I would love to see American football catch on with them.”

The children learned catching, passing and how to work together as a team in order to “gain yards” and “score touchdowns.” They also had a chance to meet the team’s famous mascot – known as Jaxson De Ville.

Yasin, a year 5 student had never played American football before, but came away impressed, particularly with Mr Fournette. “He came all the way from America to show us this. It’s a very nice experience to meet an American footballer. We’re here having a lot a fun and learning new stuff. This is all very cool.”

“It’s like tag rugby,” said Najma, another year 5 student from Ark Swift. “None of my friends knew anything about American football, but I like it. The coaches are really good and the sport teaches you to work together as a team.”

“This is a unique experience for these children,” said Victoria Burton, a senior leader at Ark Swift. “It’s something really new for them. They’re really responding to the players and coaches - I’ve never seen the children so excited and so engaged.”

The documentary, “NFL 360, Going Global” is set to premier later this year, chronicling the sport’s growing popularity in the UK and other countries and will feature footage and interviews with the Ark Swift students. 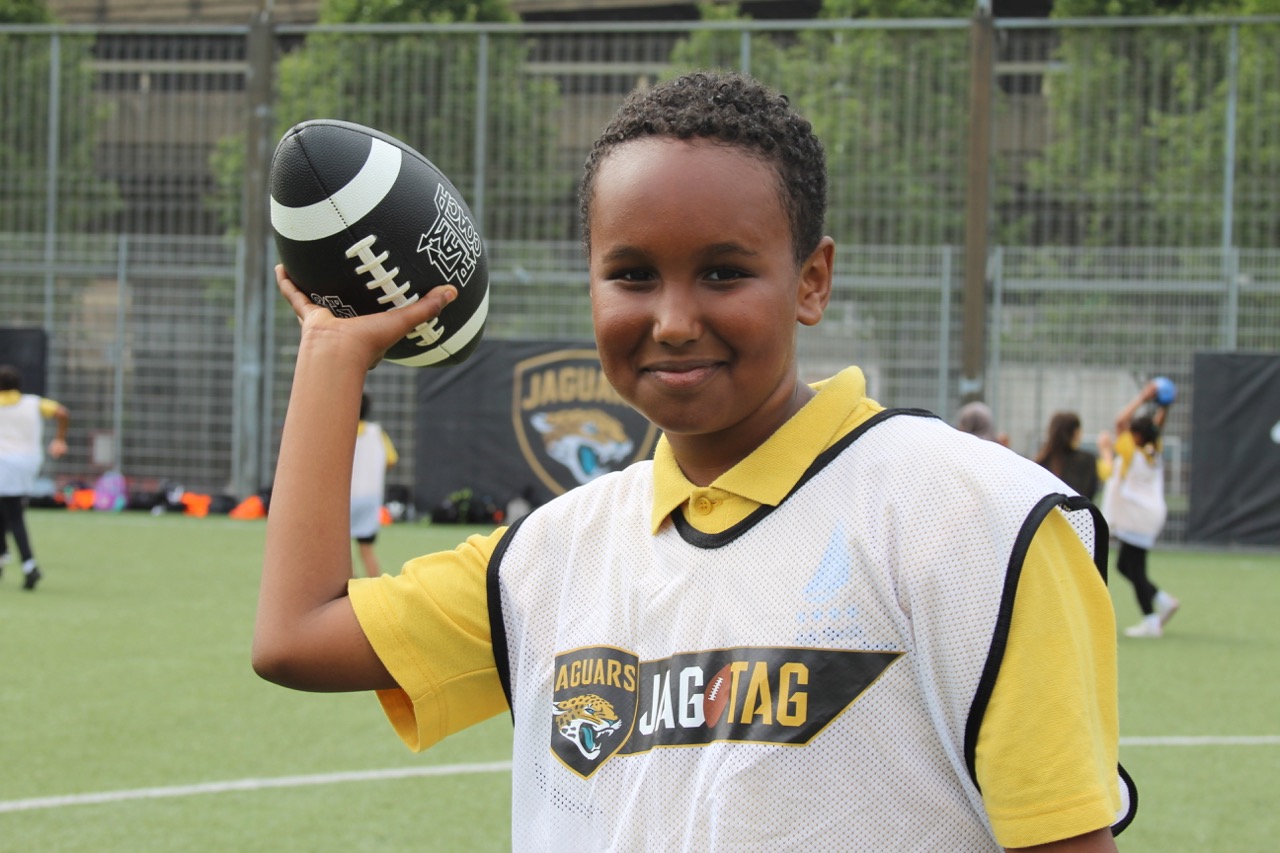 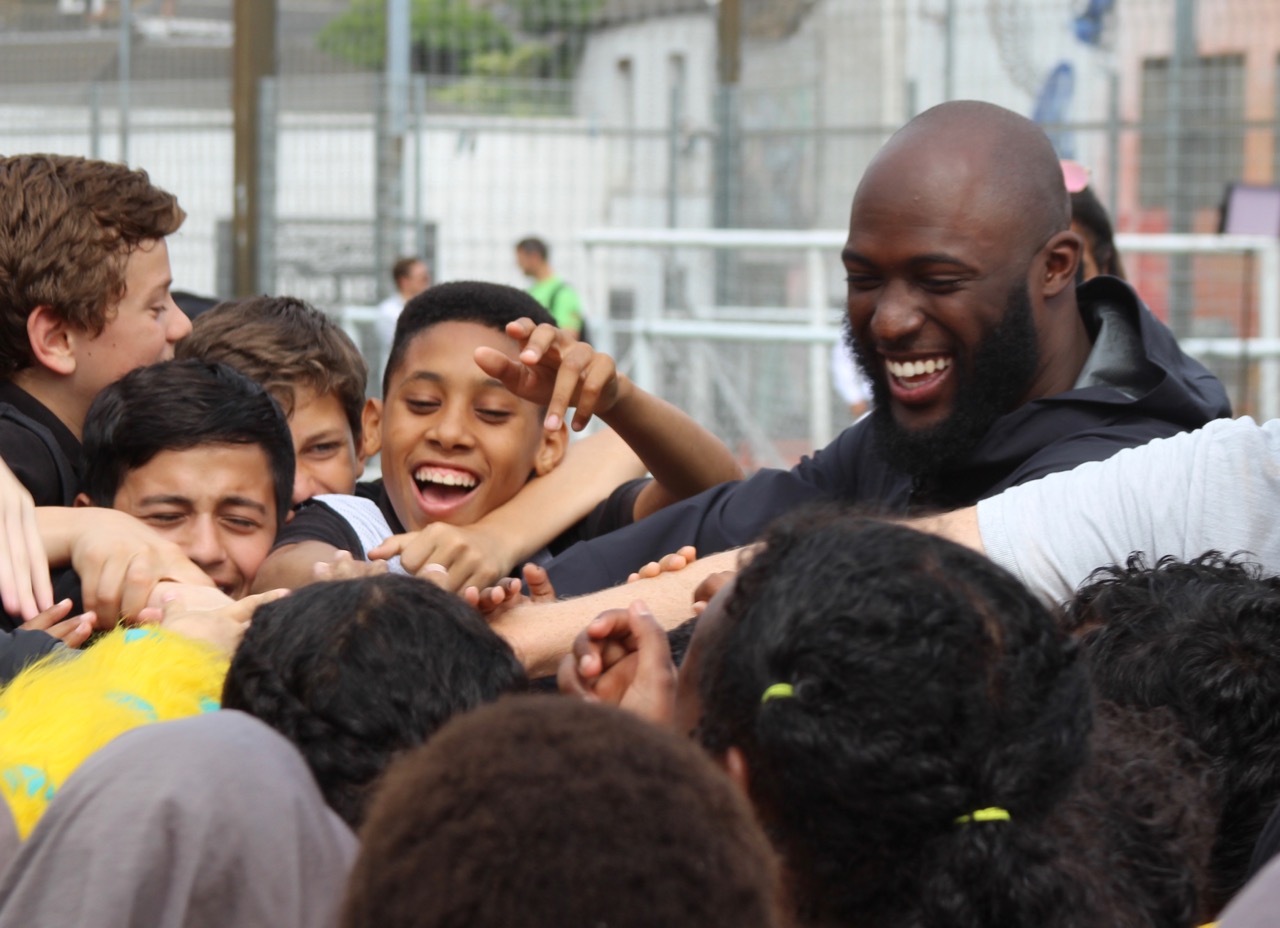 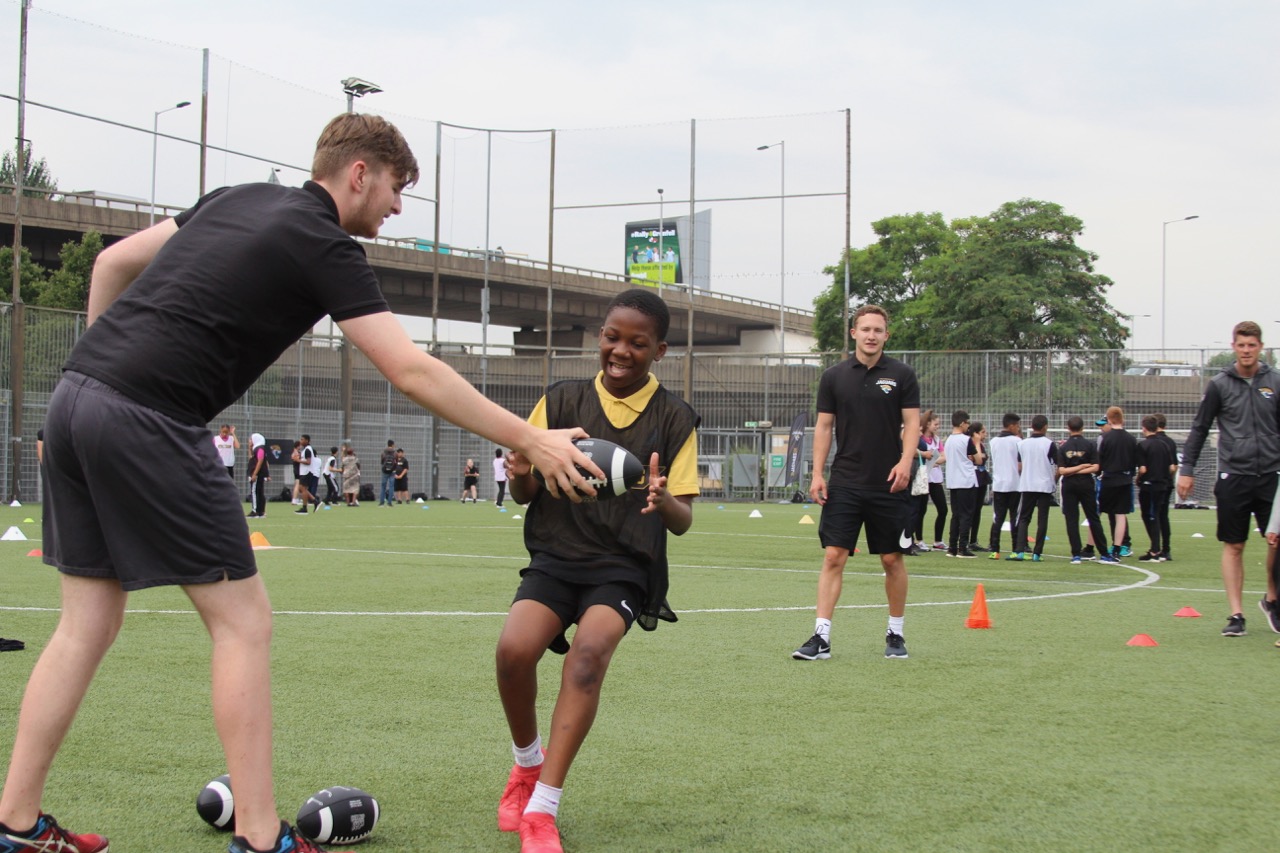 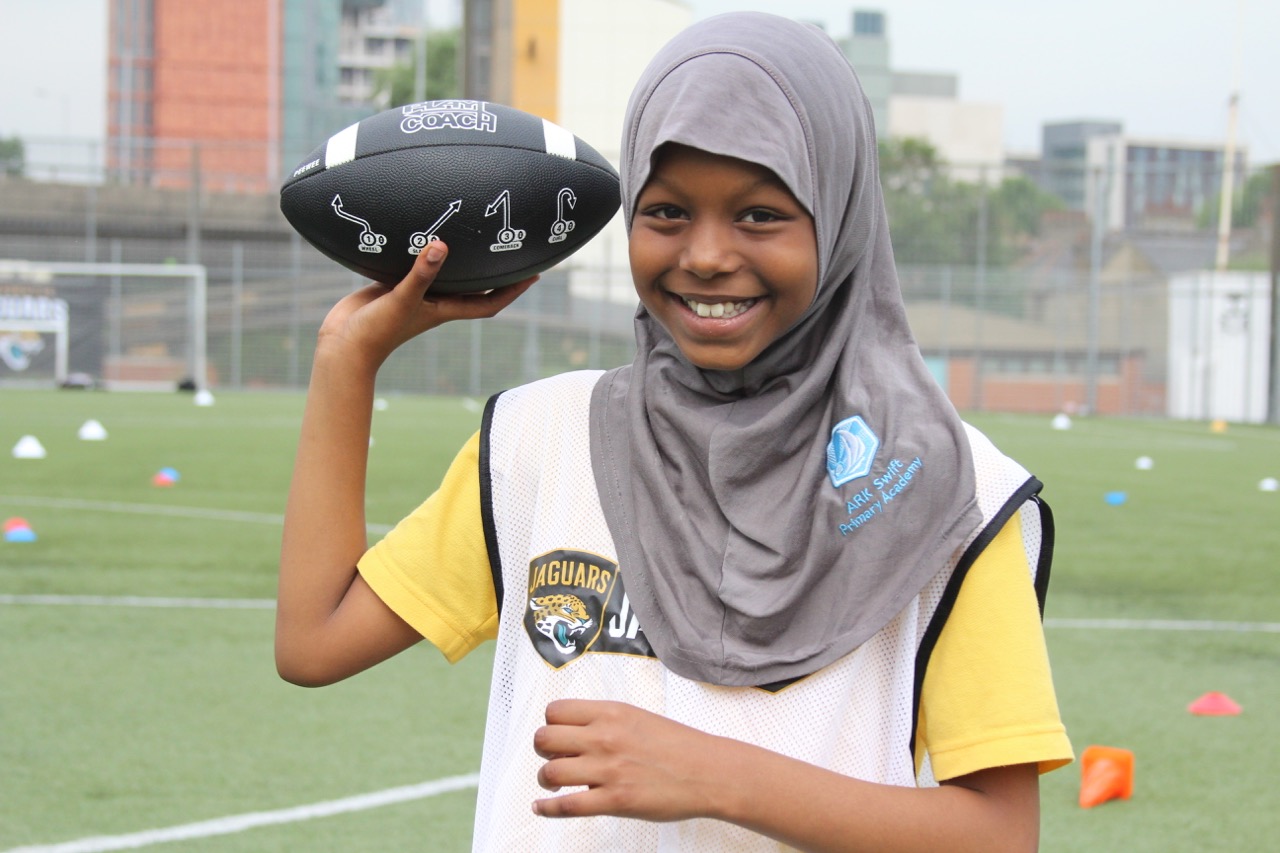 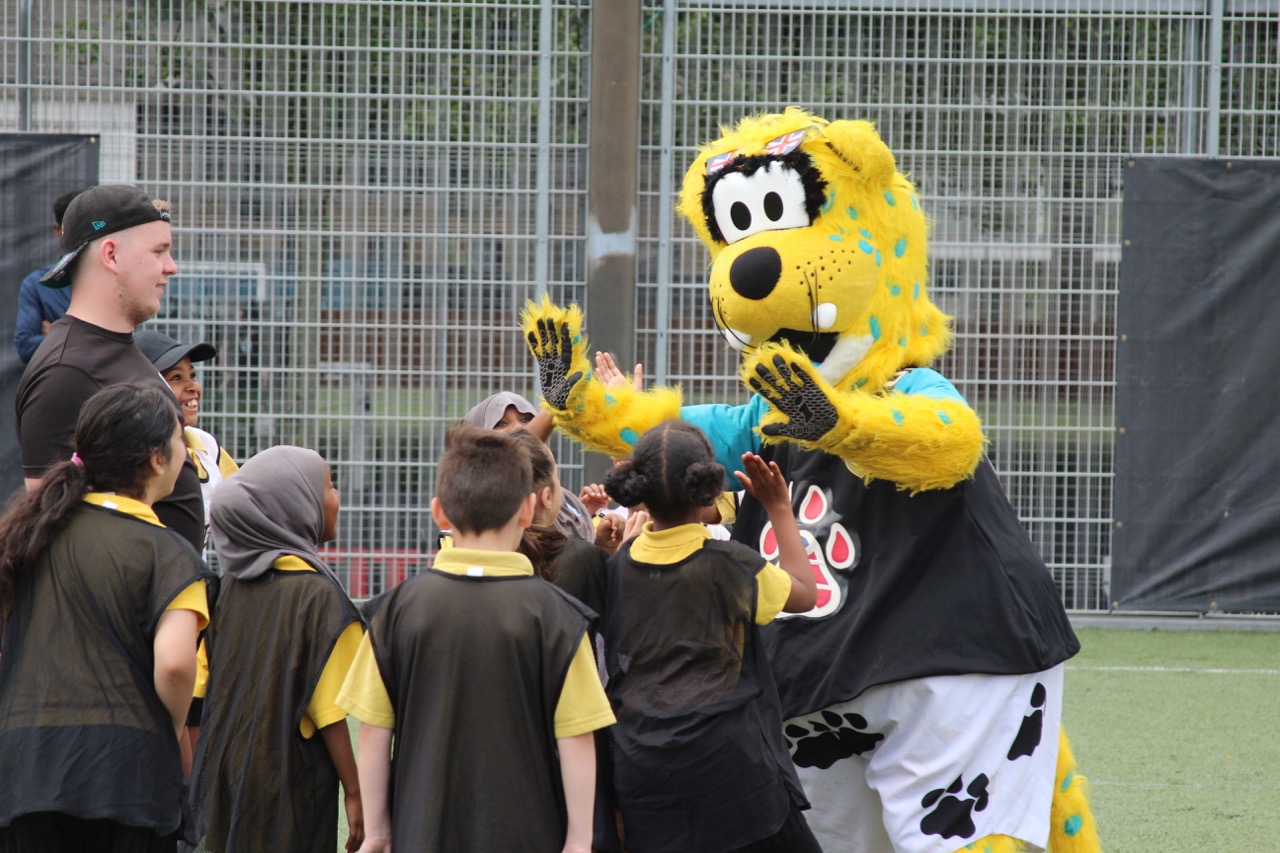 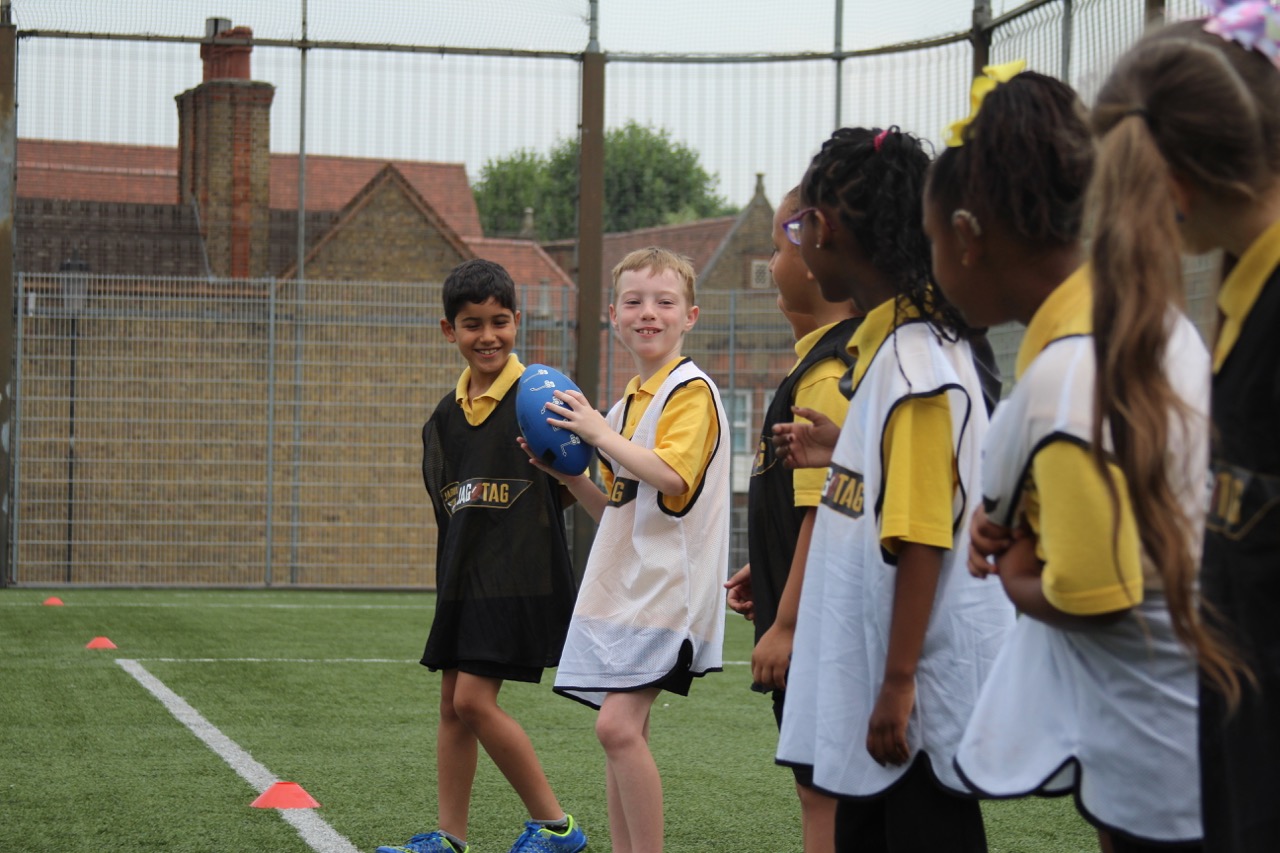