“You know… you have a lot more in common with Shakespeare than you think.” 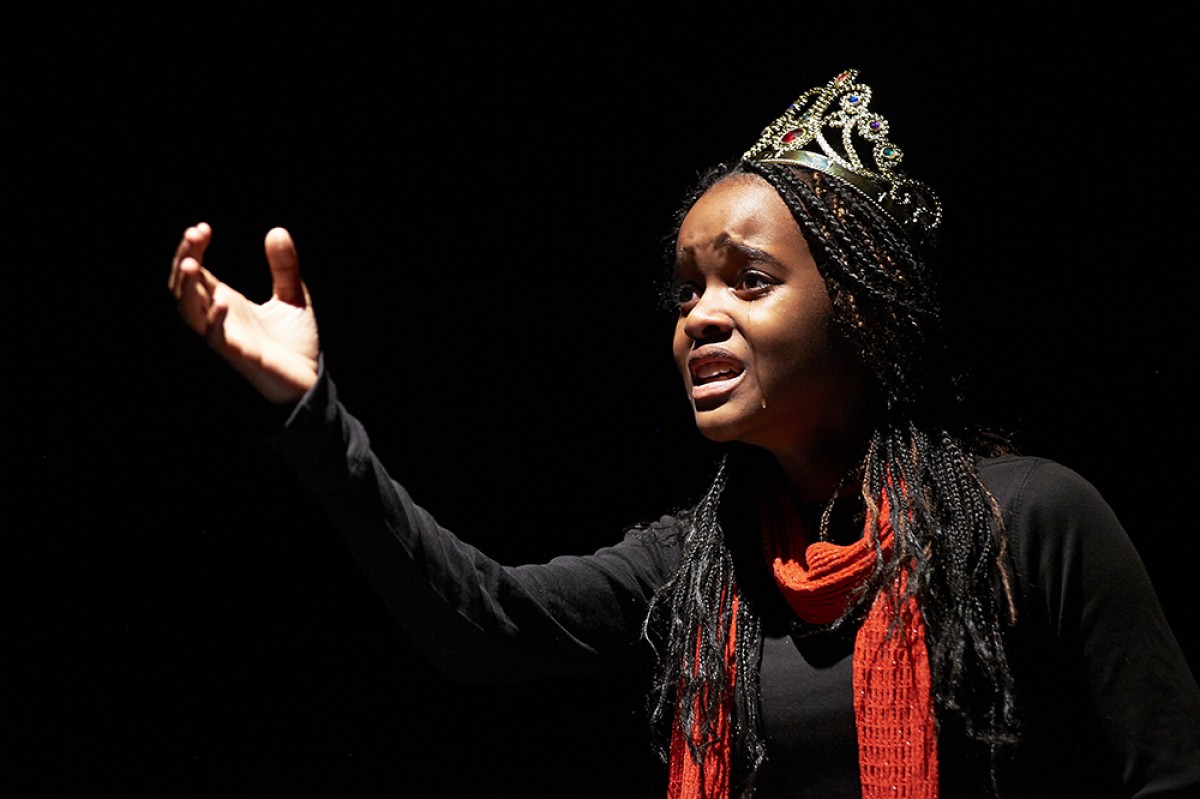 After months of readings, rehearsals, costume and set designing, ARK pupils stole the limelight at the Shaw Theatre in London, performing a range of Shakespeare plays as part of the Shakespeare Schools Festival.

Over two nights, 11 and 12 November, packed audiences marvelled at the outstanding performances by:

“I enjoyed playing Lady Macbeth.  Her character is really dark and although she is strong and powerful she still breaks down.  The way she does it is very emotional and I enjoyed putting in my own personal emotions to try to bring this across.  I’ve had to really stretch my acting skills to do this.”

In the build-up to the Festival, ARK students and directors worked hard to prepare for performances, practising almost exclusively in their own time or during after school rehearsals. The Shakespeare Festival is delivered in partnership with the nationally acclaimed Shakespeare Schools Festival, the UK’s largest youth drama festival, offering students from all backgrounds the opportunity to perform Shakespeare on a professional stage.

“Learning Shakespeare with these young people is a privilege, an excitement… and pretty exhausting to be honest.  The early rehearsals of bonding, the cast struggling with language, realising the themes and the characters  - it's always tricky for me and for them.  But slowly, something remarkable happens.  They start to get the characters.  They start to get the play – really get it.  It happens without you realising it: and then, and this is the case every single time, and you remember why Shakespeare and drama are so important.  It’s because young people can become someone else, someone different, larger, funnier, and more dramatic than their everyday personas. It’s because it gives them confidence and stature.  It’s because they love it.  When they come off stage, they want to go straight back on it again.  That tells me all I need to know.  I’m very proud of them!”

Find out more about our broad range of extra curricular work in all our schools by contacting Bridie.Blower@arkonline.org.

Follow @ARKSchools on Twitter for more information about the Shakespeare Schools Festival. We'll be posting quotes and photos all this week.