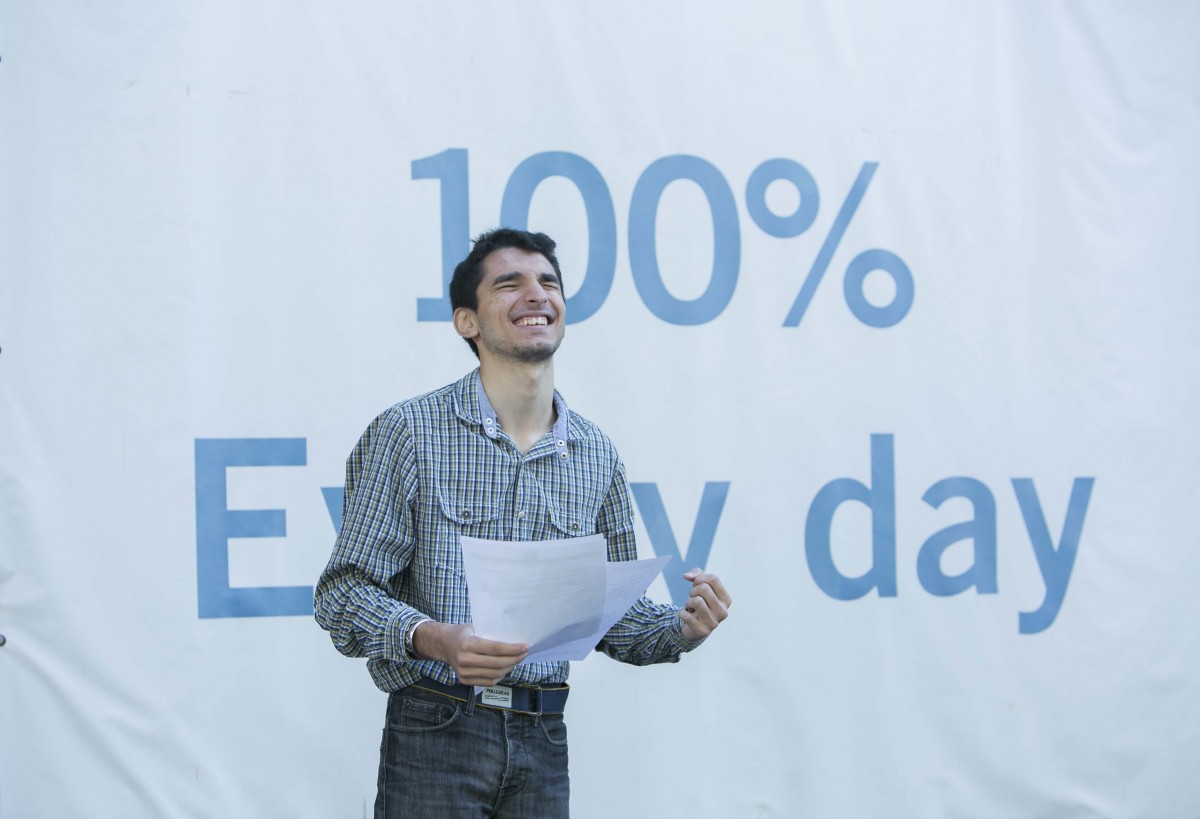 Ark has defied the national drop in GCSE results this year, with another improved set of scores, making us one of the strongest school groups in the country.

The proportion of Ark students getting 5 A*-C GCSE grades including maths and English rose from 57% to 59% in our 11 secondary schools. Nationally, the percentage of students achieving the same measure fell from 60.6% to 56.6%. Ark was also the only one of the 10 largest academy networks to see its GCSE results improve this year.

Lucy Heller, Chief Executive of Ark, said: “We are delighted that so many of our students achieved results that give them a passport to the future. Our aim is to provide a world-class education for children, whatever their background. The fact that Ark is competing with schools who are known to have consistently high results is a huge credit to our teachers’ and students’ hard work.”

Ark’s Charter Academy in Portsmouth celebrated achieving 83%  of pupils getting five A*-C with maths and English. This makes it the most improved school in the country over the last three years, with their GCSE results having risen more than any other school- from 39% in 2011 to 83% in 2014. The school has a particular strength in English with 90% of pupils getting an A*-C in their GCSE English. The school was also in the top 10 of schools in the country for an intake with more than 30% on free school meals. None of the students in the 1999 GCSE cohort at Charter’s predecessor school, St Luke’s CofE School, received five A*-C grades at GCSE including maths and English.

Chater was praised by Prime Minister David Cameron during a recent visit as “inspiring.” Dame Sharon Hollows, Principal at Charter, said:  “I’m really pleased for all our hard working staff and students. I see it as our job to support other schools now as well as helping all our pupils to succeed. With a new sixth form, we look forward to supporting our students to go on to university or their career of choice.”

Ark Burlington Danes Academy in White City has also experienced a similar transformation in results. ­In total, nearly eight out of ten (79%) students last year achieved five A*-C grades, including English and maths, at GCSE. In comparison, less than a third of students (31%) left the school with 5 good GCSEs before the school became an Ark academy.  Nearly half (45%) of students at Ark Burlington Danes got the grades needed to achieve the EBacc, a basket of academic subjects valued by universities and employers. In comparison, only 23% of students nationally achieved this level. The school is rated outstanding by Ofsted, with students last year securing university places at top institutions including Cambridge, Warwick and LSE.

At King Solomon Academy  (KSA) near Edgware Road, 93% of pupils got 5 good GCSEs including English and maths, and 75% of pupils passed the EBacc, compared to just 23% nationally.

Set up seven years ago, these results put KSA in the top 2% of comprehensive state schools in the country. The results also make it the best school in the country that has an intake of more than 30% of pupils on free school meals. Two-fifths of students got the top A* or A grades, outstripping the performance of many top private schools in England. In addition, 76% of pupils passed the EBacc, a basket of academic subjects that is prized by employers and top universities.

The school has been twice rated outstanding by Ofsted. These results are all the more impressive given the fact that 67% of students at King Solomon are eligible for free school meals. The curriculum is academically rigorous, preparing students for success at A-level and university study.  KSA was also rated fourth in the country for ‘Best 8 value added’ – a measure of how pupils progress between primary school and their GCSEs, counting their best 8 grades.

Max Haimendorf, Secondary Head of KSA, said: “Everyone is really proud to now get this official recognition – this shows what can be achieved for our ambitious pupils, whatever their circumstances. This is an impressive set of results made possible through the hard work of all our staff and students. Our challenge now is to maintain and strengthen this record of excellence.”

Ark has two schools in the top 10 schools which had an intake of more than 30% of pupils classified as ‘disadvantaged’.

(% of pupils securing 5 or more GCSEs grade A*-C including English and maths.)

Ark is the only 1 of the top 10 largest academy network to see GCSE results improve in 2014:

GCSE improvements at Ark schools since joining the network: