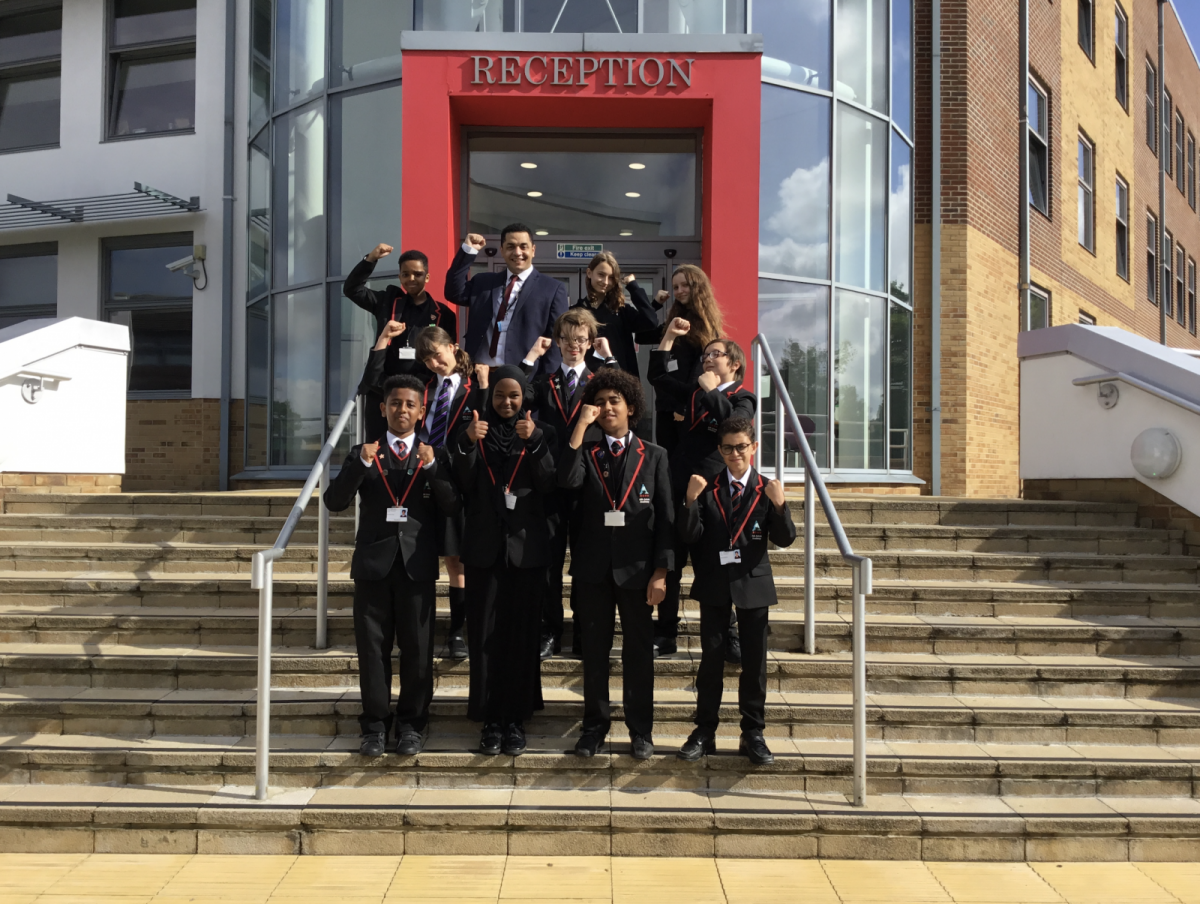 Ark Acton Academy students are blazing a trail in competitive debating, having reached the final of two national inter-school competitions.

Having reached the final round of the Debate Mate Cup on 17 June, the students won their first debate but missed the few points needed to reach the final two.

Ark Acton fielded a team of Year 7, 8 and 10 students who went up against a team of Year 10s from Liverpool and debated on the motion of ‘This house will make veterinary care for pets free’ and came out victorious.

The academy’s team has just finished in third place in the Urban Debate League at the grand final on 30 June, missing the top two teams by just one point, with their final debate of the competition around the motion of ‘This house believes that History lessons should only focus on the failures rather than the success of the past.’

This is the first year that Ark Acton engaged in the Debate Mate core programme and its students are taking the competitions by storm.

To have reached the cup final, let alone winning their first debate at the final, equates to the team being in the top ten schools nationwide for debating among the 100 other schools competing.

Ryan Francis, Ark Acton’s Lead for Character Development, who also leads on the competition for the school, said, “Debate Mate is building our students’ belief in their abilities and increasing their life chances.

“The rigour of the training sessions and competitions allow our students to develop skills in communication, critical thinking, conflict resolution, accurate research, and teamwork, as well as that all important ability in learning how to take both wins and losses. We are developing the leaders of tomorrow.”

The students have trained for over 17 weeks this year in after school clubs to be able to compete in the live competitions.

Through rounds 1 and 2 and the finals of the competitions, the academy put forward teams of six comprising opening speakers, second and third speakers, summary speakers and floor members. Points are given to the team for style, accuracy, ability to use evidence and examples, clarity, and professionalism.

Oli Knight, Principal of Ark Acton, said, “With successes like this, as well as so many other great strides we are making in all facets of our school, we are a school the community can be proud of.

“We run an extensive co-curricular programme for every child that helps all our young people develop the key life skills of confidence, articulacy, social skills and team work. Our focus on debating from Year 7 is a core part of this offer.”

Ark Acton Academy was formed in September 2018 following the closure of Acton High School and has been transformed over the last three years, despite the challenges of Covid. If you would like to find out more about the school, please contact us via info@arkacton.org or visit www.arkacton.org