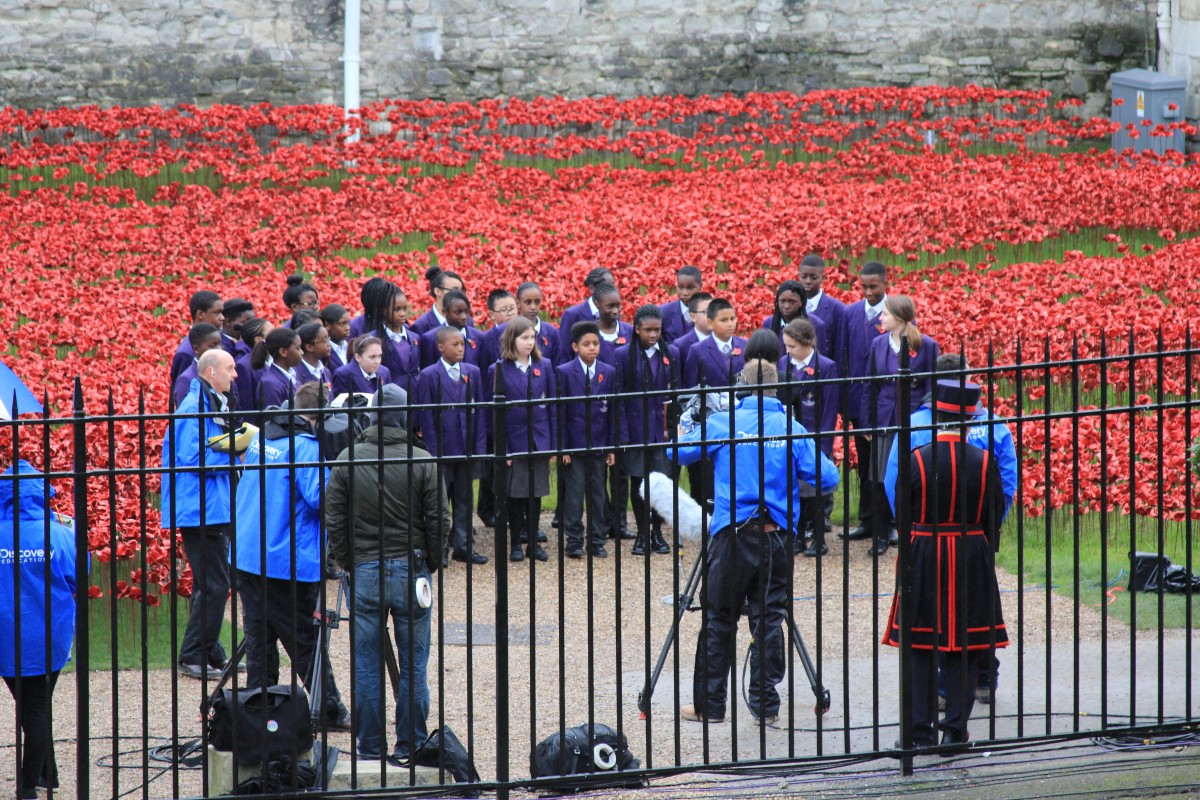 Ark All Saints Academy’s choir led nearly a million school children across the world in an international national Remembrance assembly at the Tower of London.

The choir opened and closed a special assembly from the Tower, streamed live over the web to schools across the globe and watched by 850,000 pupils, according to organisers Discovery Education.

The assembly marked the 100th anniversary of the outbreak of the First World War and saw the choir sing popular pieces from the war.

Despite wet weather conditions, Ark All Saints’ choir sang the assembly’s first musical piece, “When This Lousy War is Over”, and closed with “I Vow to Thee My Country”, before The Last Post was played by Cadet Sergeant-Major Robert Cousins.

Following heavy rain, a rainbow could be seen over the Tower and its stunning poppy installation at the end of the assembly.

Ark All Saints Academy Principal Lucy Frame said: “Remembrance Day this year is poignant. 100 years after the outbreak of the First World War we remember one of the most destructive conflicts in human history.

“Our choir is honoured to help schools around the world commemorate those who given their lives in war.”

Year 8 pupil Mayowa said: “I am so proud to have sung at the Tower of London for such an important occasion.”

Ark All Saints Academy music teacher Sophie Atalar said: “The Tower of London is a huge focal point for the national commemorations because of the stunning ceramic poppy installation. It was truly wonderful for us to sing there.”

The assembly can be watched in full here: