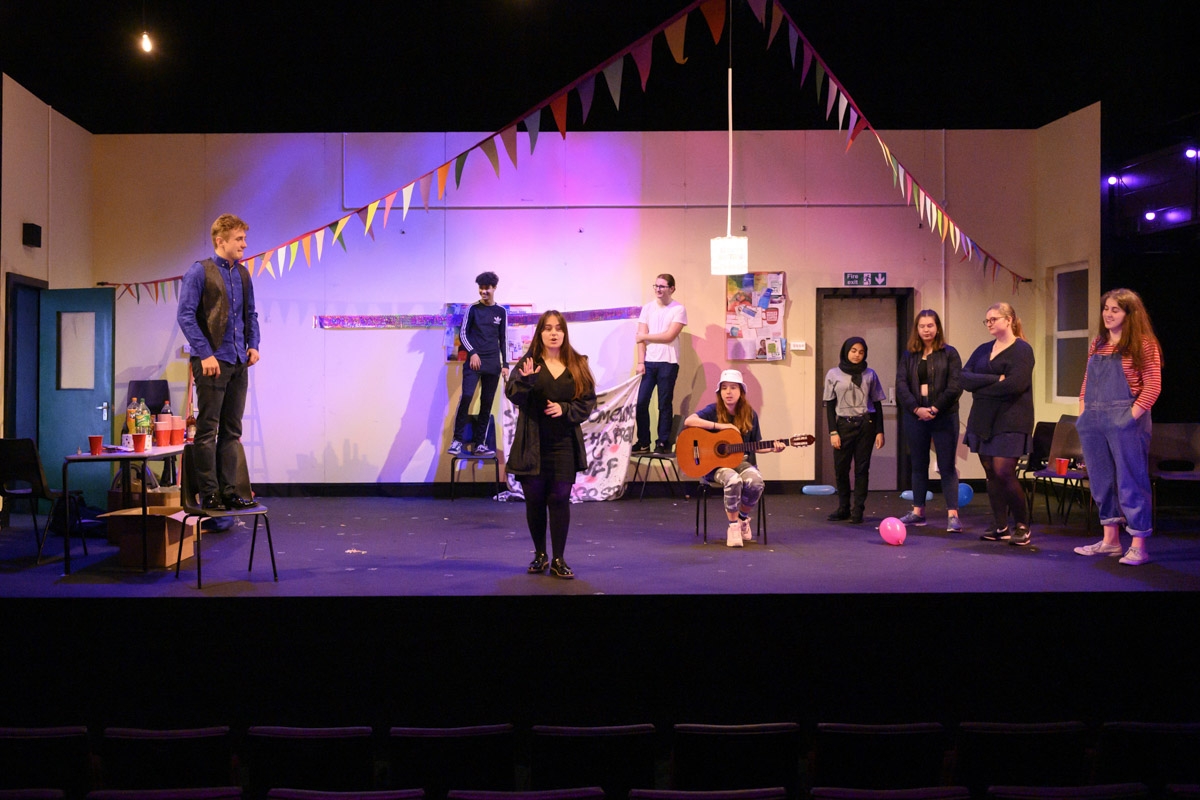 Matthew Kalorkoti, Director of Bolingbroke Academy Theatre Company said, “We have Connections to thank for the commissioning of so many great new plays – the one we were given inspired both experienced performers and relative newcomers to get involved. They have all grown admirably as actors and as company members, and I also benefited enormously from the directing workshops and support provided by the scheme.”

Betty, a young company member said, “I don’t think it will ever sink in that we are actually performing at the National Theatre but oh wow, we are so pleased we are. NT Theatre Connections has given me such amazing memories and allowed us to go out of our comfort zones, to create a show which has brought us so much fun and happiness. It also has developed us all as actors and friends, and I will be forever grateful to NT Connections for that.” 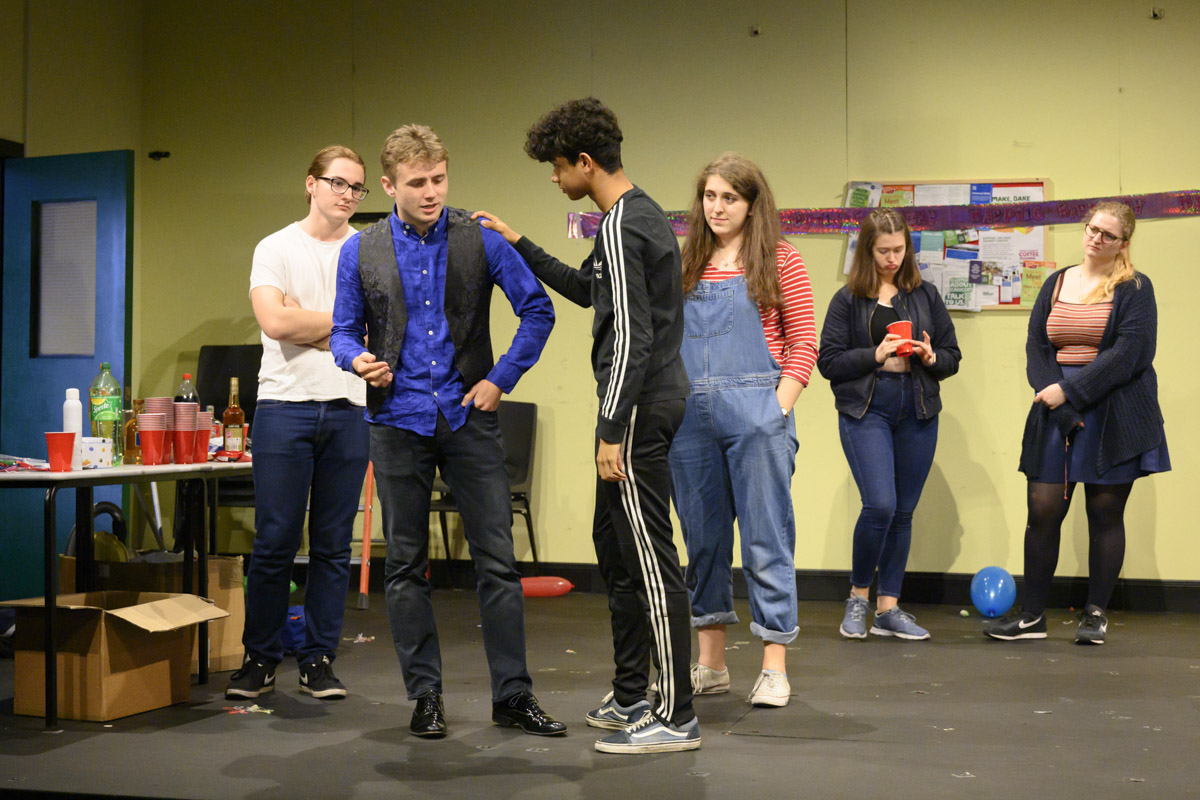 The ten-strong cast have been performing 'Stuff' to packed audiences for the past year, at their school and in the local community. The play is is a hilarious, haphazard and heart-warming ensemble piece, featuring Theo in the role of Vinny, Dilan as Frankie, Manuel as Matt, Megan as Magda, Betty as Stace, Eleanor as Kate, Orlagh as Dani, Dexter as AJ and Zaynab as Tez. 'Stuff' marks their Connections debut – the script amazed and delighted pupils by holding a mirror up to their own experiences and inspiring them to take to the stage, some for the first time.

The play was directed by Mr Kalorkoti, with year 12 student Glen acting as Deputy Stage Manager, cueing the lighting and sound. 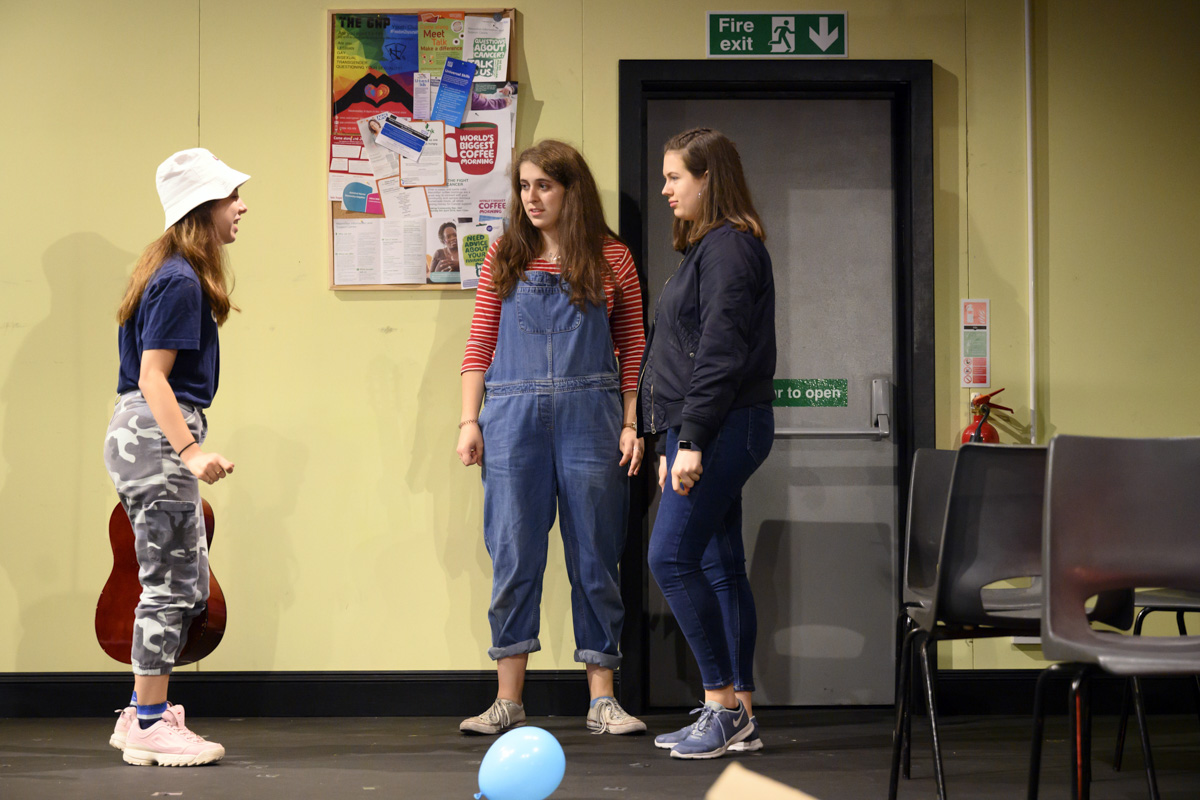 Drama students at Ark Bolingbroke develop a multitude of skills including collaboration, communication, creativity and the ability to analyse and evaluate performances and texts. Preparations involved a one two-hour rehearsal per week and in-depth character work around the table before getting the play on its feet.

Find out more about Ark Bolingbroke Academy on the website. Learn more about the National Theatre's Connections programme here.