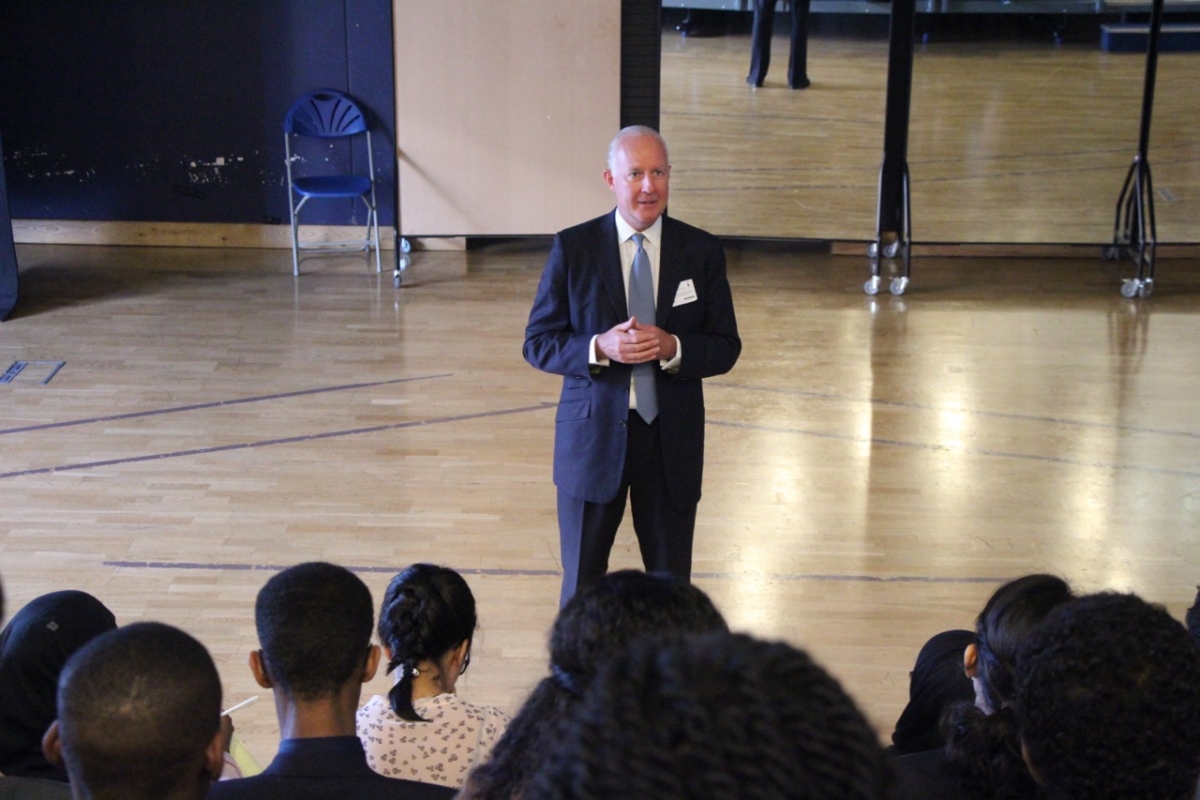 On Thursday 15 September, Alex Wilmot-Sitwell - Bank of America Merrill Lynch’s President for Europe, the Middle East and Africa - visited Ark Burlington Danes Academy in west London for a Q&A session with sixth-formers. During the hour-long session, he and the students discussed topics ranging from career opportunities in banking to issues facing the UK and the world of finance.

"As you look at career options, it’s important to recognise the breadth of roles you can find within an organisation. At Bank of America Merrill Lynch for example, we have roles in everything from banking to sales and trading, from finance and risk management, to HR and marketing," said Mr Wilmot-Sitwell. "It’s important to be open to opportunities as they come along."

Students asked about issues ranging from the effects of quantitative easing on economic growth, to the impact of automation and technology on the global marketplace. "The changes brought on by automation - on the ways we do business - are enormous. After all, the biggest taxi company in the world right now owns no taxis. The biggest accommodation provider in the world doesn't own any real estate. The biggest cinema chain in the world owns no cinemas," he said, referring to tech leading companies such as Uber, Airbnb and Netflix. "Having a good quality education will be more important than ever to prepare for more of these kinds of changes." 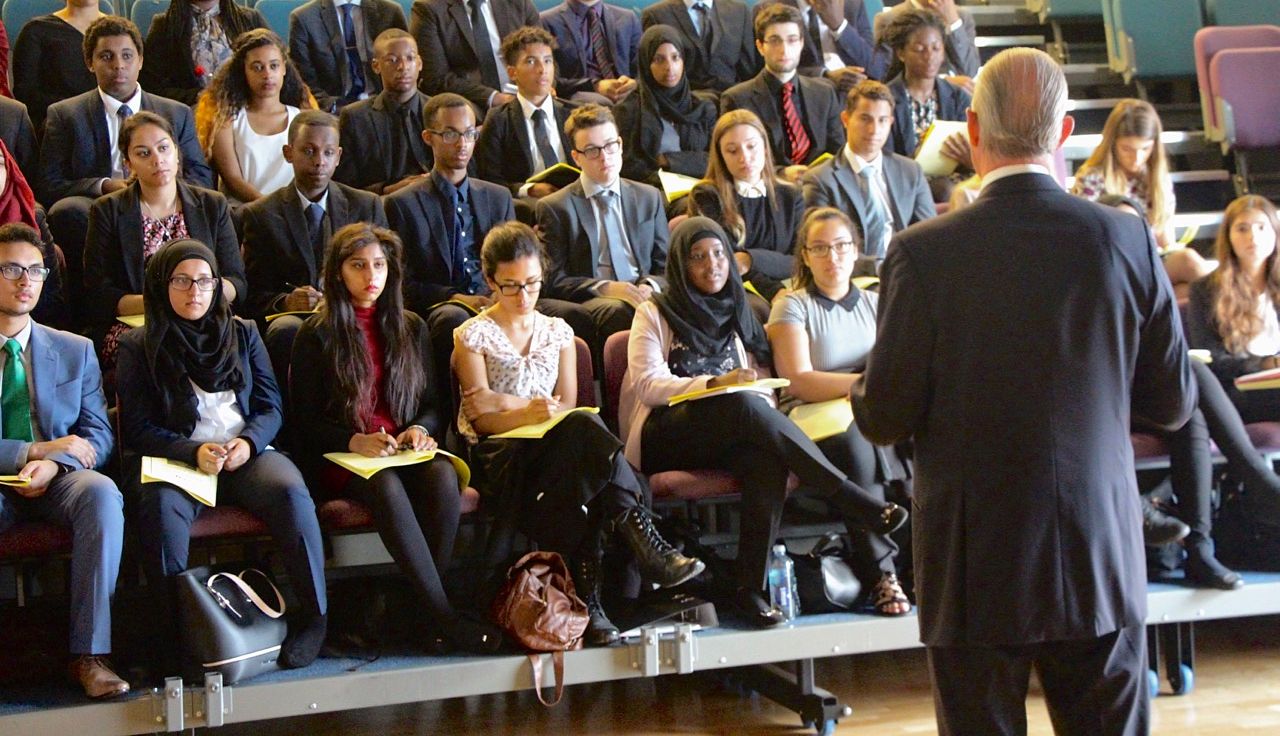 Bank of America Merrill Lynch has supported Ark since 2004. For the past 18 months, the two companies have worked together to transform maths attainment in UK schools via the Mathematics Mastery Programme, now impacting 260,000 students aged 4-16 across 365 UK schools. In particular, the bank's support is enabling the programme to reach 500 new schools. This is bringing new and innovative elements to fruition, such as new workbooks which complement and support the core programme. After developing new training and curriculum materials, Mathematics Mastery is also now able to work with Year 5 and Year 10 students.

“It’s a great opportunity and a privilege for our students to have the chance to meet and ask questions of someone who has the knowledge and experience that Mr Wilmot-Sitwell has,” said Michael Ribton, Principal of Burlington Danes Academy. The talk was part of a wide variety of enrichment opportunities offered to sixth form students at the school to help with their personal development. These range from university residentials and mentoring, to volunteering and creative arts programmes.

Bank of America Merrill Lynch volunteers have also supported Ark through working directly with young people at the Mega Maths Wrangle and regular Bridge Building Challenges. Employees have worked with students to better understand the links between maths and future job opportunities, helping improve their confidence, their understanding of maths and their employability skills.

The Mathematics Mastery programme has been implemented successfully at Ark Burlington Danes Primary since 2015 and has just been launched this September in the secondary school.