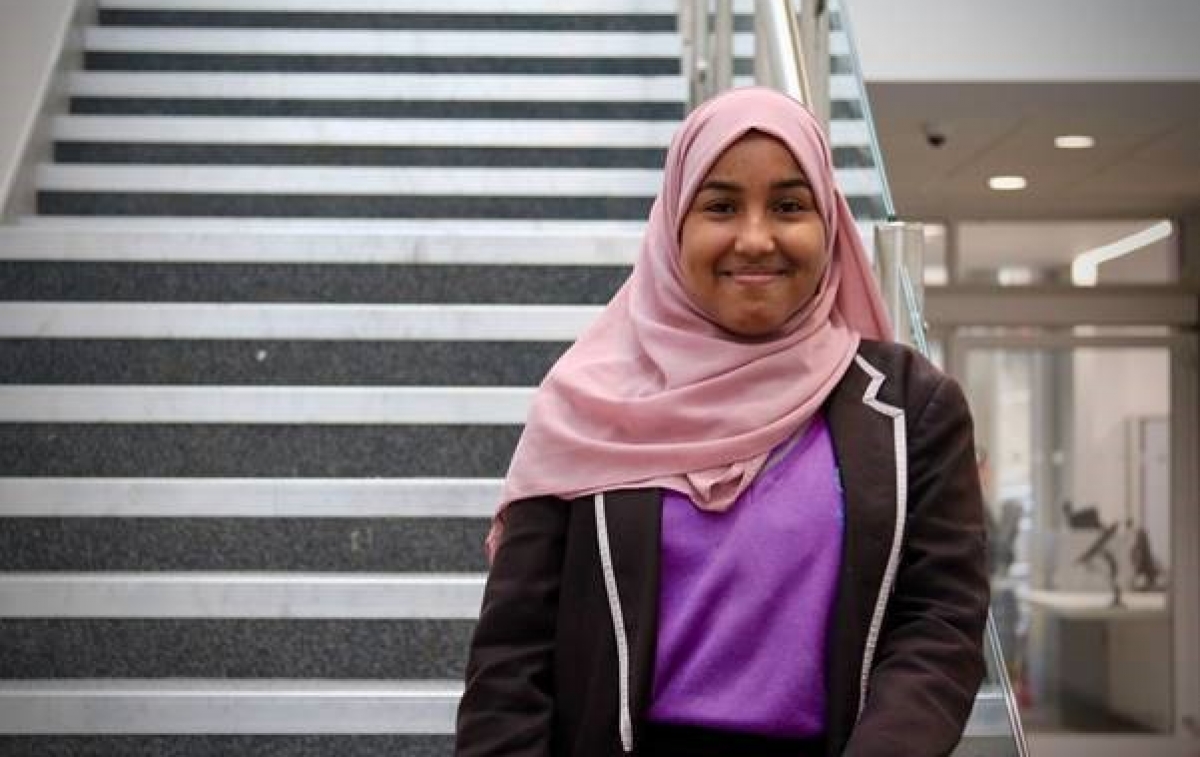 "Ladies and gentlemen, I hope you’re paying attention, because I’m here to apologise."

A fourteen year old student from Ark Elvin Academy in Wembley was recently selected as a regional winner as part of Jack Petchey's "Speak Out" Challenge – the world’s largest speaking competition for young people.

Aisha Abdirahman’s speech, titled 'Apologies', focused on tackling discrimination. Winning first place for the borough of Brent, Aisha has been awarded a chance to go on to the national finals of the "Speak Out" Challenge, to be held in London later this year.

“I knew I wanted to talk about equality the minute I heard about this contest,” Aisha said. “I want to be an Islamic Studies Scholar when I grow up. I’m supporting my religion because I’m telling us to love everyone no matter who they are.”

Aisha credits her school with helping her find her voice. She recently appeared as the lead in Ark Elvin’s production of Shakespeare’s “The Taming of the Shrew”

“Other students don’t have the opportunities we have here. Not only do we have Shakespeare, we have student council and we regularly have school debates. There’s a lot of diversity here and everyone has strong opinions. I would not have been able to do any of this, if not for Ark Elvin Academy.”

Laura Spiers, drama teacher at Ark Elvin said, "Aisha is a passionate and hardworking pupil. She cares deeply for her friends and family, which encouraged her to start her discovery of how the world perceives minority groups. Being a pupil at Ark Elvin Academy and a part of the Junior Leadership Team (JLT) allows Aisha to hear from pupils from a diverse background and has really shaped Aisha’s mature view of the world."