Ark hits a high note with 'Sing into Spring' 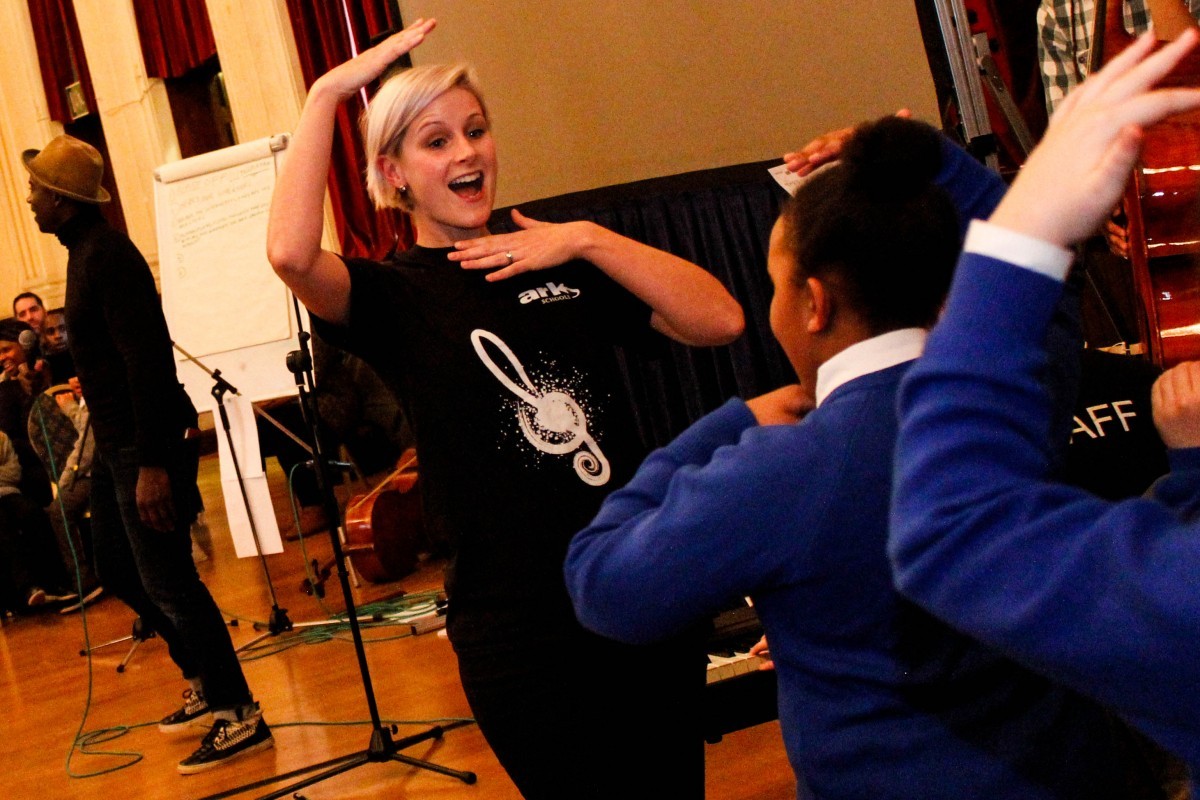 Masterly musicians and skilled singers from across the Ark network filled some of East London’s biggest performance venues with music as they took part in Ark’s ‘Sing into Spring’.

‘Sing into Spring’ saw students from 18 primary and secondary schools in the network take part in the event at Stratford Old Town Hall, Theatre Royal Stratford, and Stratford Circus.

Performing contemporary pieces like Laura Mvula’s ‘Sing to the moon’ alongside traditional English and African folk songs, the students later met in the Town Hall to take part in a musical closing ceremony.

The students also had the opportunity to apply their own creative flair, with a session on songwriting led by talented musicians making up part of the day.

Ark Rose Academy student Abiola said: “I thought the day was really good. My favourite song was Sing to the Moon.

“I was a little bit nervous even though I’d taken part in a concert before in 2013.  I felt excited to be away from school. I told my Mum about the day and she was amazed, which made me feel happy. I would sing at a concert again.”

Year 3 student Katie, also at Ark Rose, said: “I was pretty nervous but when I got there I saw the audience was mostly pupils I realised there was nothing to be nervous about. Taking part has made me more confident and I would like to do this again.”