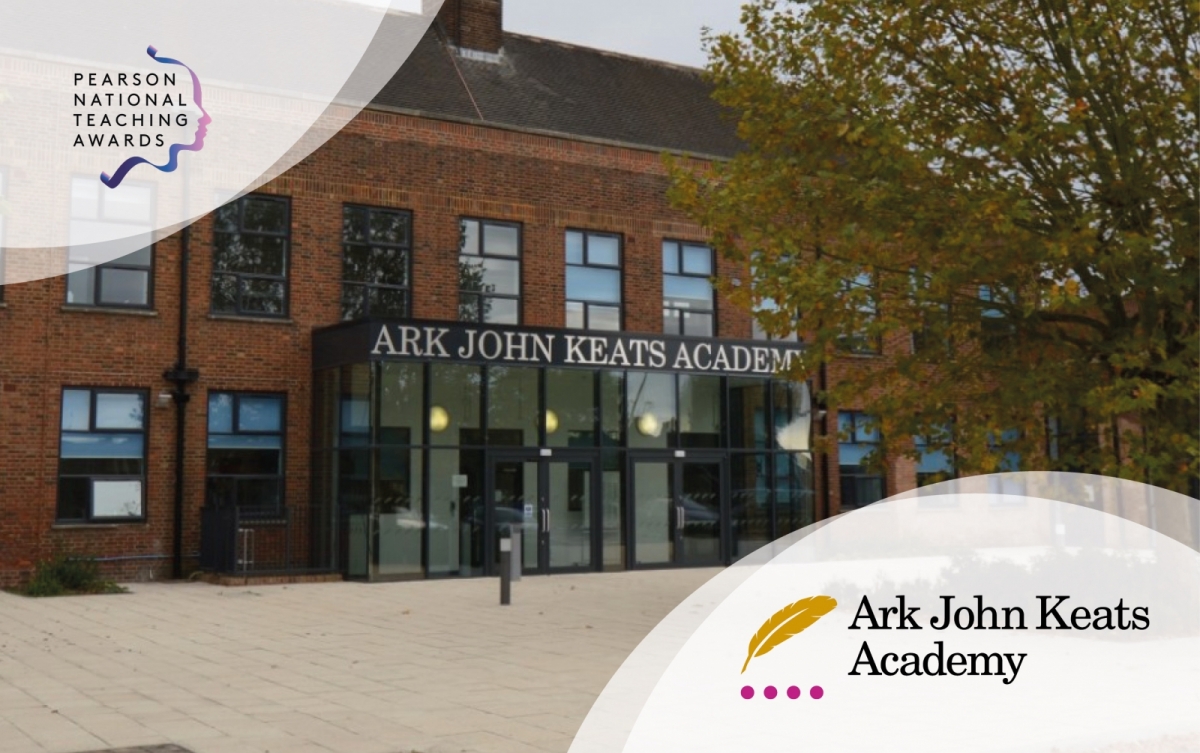 Ark John Keats Academy, based in Enfield, has been shortlisted for the Award for Making a Difference – Secondary School of the Year in the Pearson National Teaching Awards, Education’s Oscars.

Chosen from thousands of nominations, Ark John Keats is one of 85 shortlisted nominees. The school, its teachers and staff have been recognised for their work with parents and the local community providing education for North Enfield and ensuring every student has the opportunity to make the right choice for their future.

They are also acknowledged for their broad and rigorous curriculum based on excellence both academically and pastorally.

The school could be one of several Silver Award winners in their category. Winners will then compete to win one of just 14 Gold Awards, which will be announced at a televised ceremony later in the year.

“We are delighted to be shortlisted for the Secondary School of the year award. Our aim is for all our pupils to develop the character and gain the academic qualifications that mean they will thrive at university or in a career of their choice. Our progress so far is down to the unrelenting hard work of our staff, the support of our families and the determination of our pupils. This is great recognition for all of the members of our school community – and there is so much more to come from Ark John Keats!”

The Pearson National Teaching Awards is an annual celebration of exceptional teachers, founded in 1998 by Lord David Puttnam, to recognise the life-changing impact an inspirational teacher can have on the lives of the young people they teach.

Ark John Keats is part of Ark, a network of 37 schools, that exists to make sure that all children, regardless of their background, have access to a great education and real choices in life.