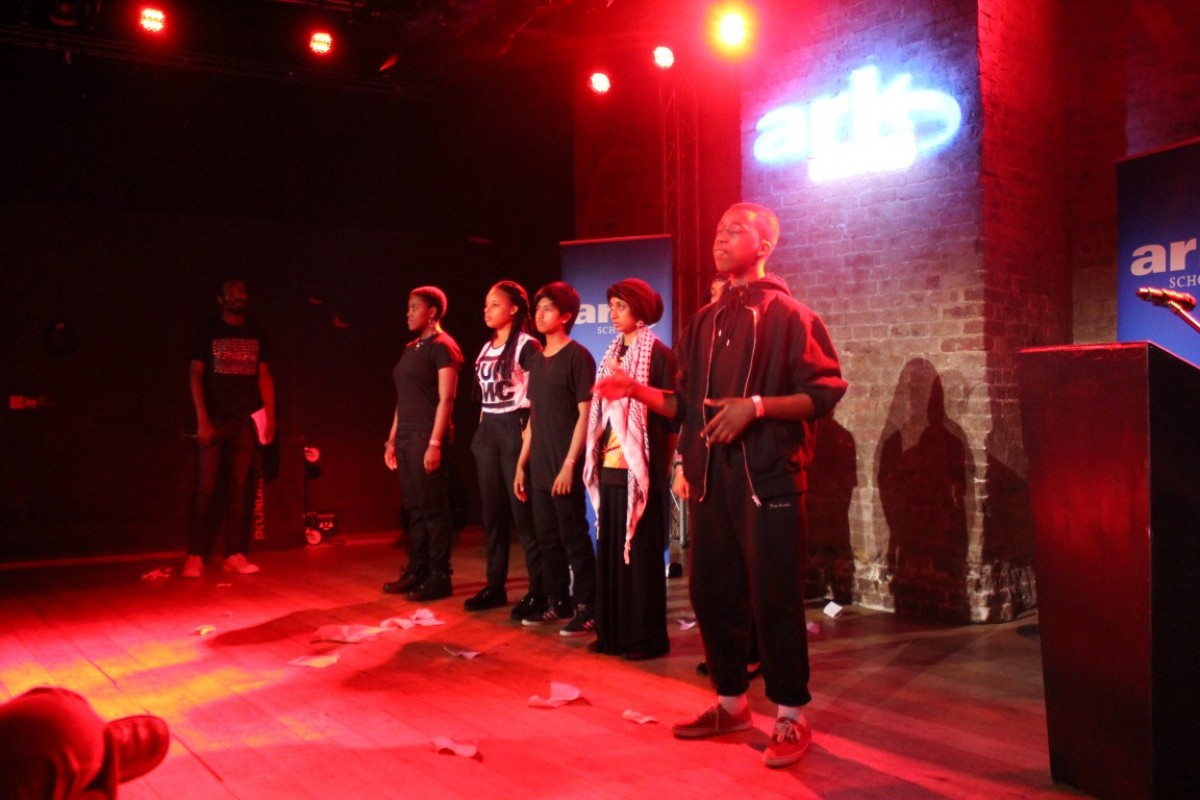 Students from several ARK schools were given the chance to bring their words to life recently as part of the network’s first-ever ARK Poetry Slam held at the world-famous Roundhouse performing arts venue in Camden, London.

The event was compered by musician, writer and poet Joshua Idehen who referred to the students as “rising stars” of the poetry world.  21 pupils took to the stage, and each performance was well-received by the packed audience.

“This Poetry SLAM has helped me and has given me determination and confidence to do everything I want to do,” said year 10 student Zareen from ARK Globe Academy in Southwark, who performed a poem entitled ‘Just Relax.’  “It’s important because it opens up people’s eyes to issues they may not have discussed before and gives them the opportunity to get on stage and put their words out there.”

Norris Morrisey, Spoken Word and Poetry Lead at Evelyn Grace Academy, said of the event: “The slam is an opportunity for students to communicate ideas and feelings in an appropriate manner and build confidence in public speaking alongside developing their literacy skills.”

Remmel, a year 7 student from Evelyn Grace performed a poem called ‘My Identity.’ “This is an exciting night for me because I like performing,” he said. “Tonight will help with my confidence for in speaking to people and groups.”

Here is a sample from one of the poems, performed by students from ARK Globe Academy:

No Vote, No Voice:

I’m the hoodie, a lost soul roaming the street trying to make ends meet before the ends meet.

I’m the mother with four mouths to feed, they tell me what I want but don’t give me what I need.

I’m your 60 year old soldier, baptised in blood, every year I get older.

I’m the migrant, living under ground. No papers, streets paved in gold, they say I’m trying to take it.

I am the child who is not acknowledged, never heard speaking of college.

I am the prisoner, jail cell locked, pondering all my options fitted into a box.