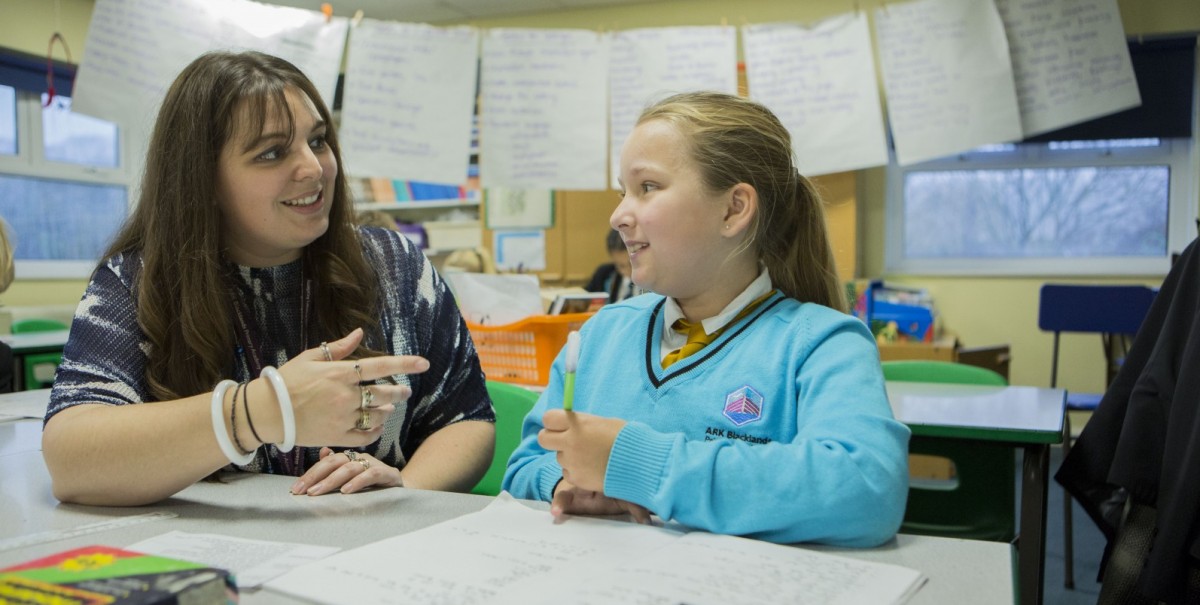 Eleven year old pupils at Ark schools have posted their best ever key stage 2 results (sometimes known as SATs) this year. 72% of Ark pupils achieved the benchmark ‘level 4’ in reading, writing and mathematics combined. This represents a five point rise on last year’s average of 67%.

There was also a five point rise for those getting Level 5 – above the expected benchmark, demonstrating better outcomes for the most talented students.

There were some particularly impressive results at individual schools. At Ark Bentworth in west London, the numbers of eleven year olds passing these exams shot up from 68% last year to 92% this year.

This makes the school the most improved primary school in Hammersmith and Fulham, and in the top 2% of most improved schools across the whole of London, where there are nearly 1,000 eligible schools.

Damian McBeath, Regional Director of Ark’s west London primary cluster including Ark Bentworth, Ark Conway and Ark Swift said: “I’m delighted with this year’s results; they really demonstrate that the hard work we’ve been putting in is starting to pay off. Our pupils and teachers have really gone the extra mile to get these results, and to be improving year on year is a huge achievement. I’d like to thank the whole school community, including all the staff and parents for their support this year.”

Ark Swift Academy in Hammersmith also saw a steady improvement in their results, with a 5 percentage point increase in pupils passing the tests in reading, writing and maths.

In North West London, Ark Franklin Primary Academy in Brent saw a 16 point improvement in their results, to 70%.

Ark Globe Primary in Southwark is also comfortably above both the national and London average for primary schools, with 89% of pupils passing their SATS. Located in one of the most diverse parts of the capital, 96% of pupils are considered ‘disadvantaged’, and nearly half of pupils speak English as an additional language.

Top of the Class in Hastings

At Ark Blacklands Primary Academy in Hastings, which only joined the Ark network last year, the numbers passing the exams for 11 year olds rose by 15 points – from 69% to 84.

This makes them the most improved primary school in Hastings. Lorraine Clarke, who Principal of Ark Blacklands Primary and Executive Principal of sister school Ark Little Ridge Primary said:

“Today’s figures are a real testament to the dedication of all of our pupils, staff, and parents over the past year. This summer, Ark Blacklands’ Year 6 pupils achieved results far above the national and local averages and we’re looking forward to building upon our success next year.

The results are all the more impressive given that over half (52%) of Ark pupils in year 6 are eligible for the pupil premium, a measure of economic disadvantage compared to just  31% nationally.