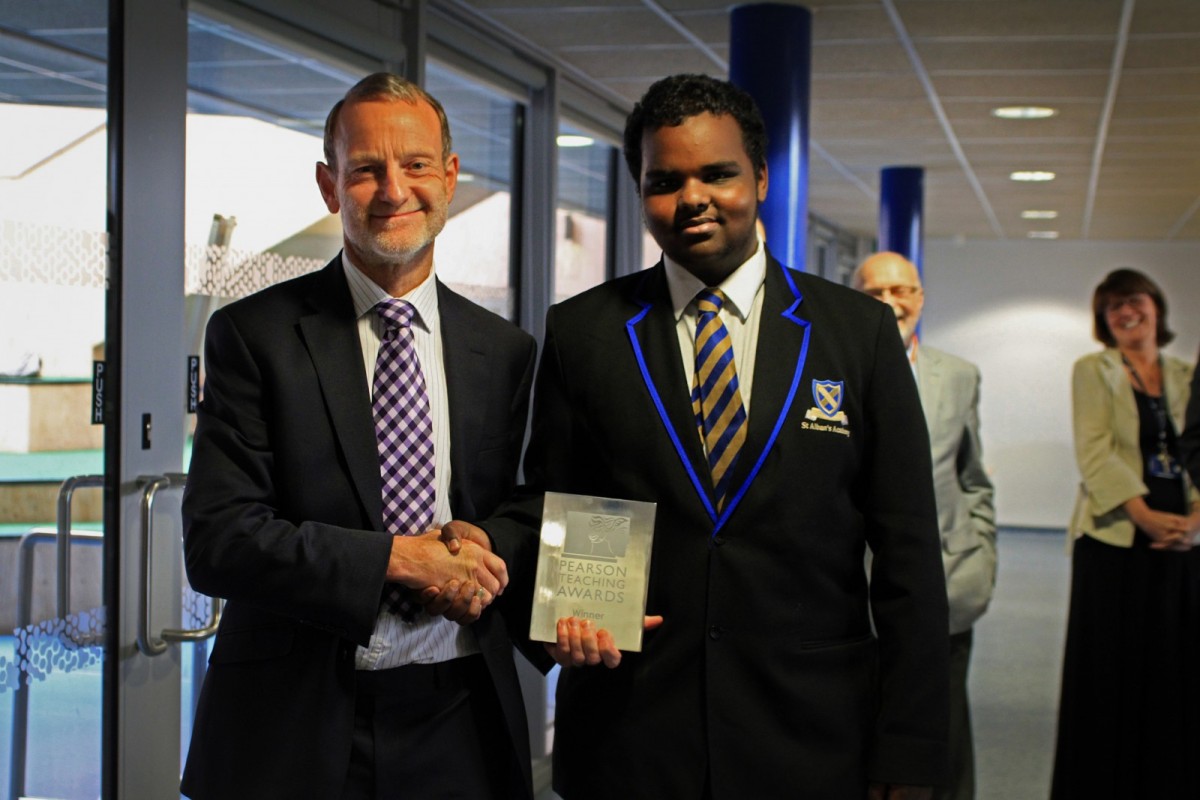 More than 4,000 entries were received for the Pearson Teaching Awards this year with just 58 Silver Awards being made across several categories.  Mr Gould joins a list of exceptional teachers from across the UK who will now be considered for a single Gold UK Teaching Award in each category.

The Gold Awards will be announced at a ceremony to be held at the Royal Opera House, Covent Garden, in October 2015 which is filmed and broadcast by the BBC.

The award was presented to Mr Gould by students from his Year 10 and 11 Health and Social Care Group after their GSCE exam.

David, now 62, has spent his entire career teaching in the West Midlands, mainly in schools with high levels of disadvantage.  When he joined St Alban’s over 20 years ago it was undersubscribed and in danger of closure.

In 1999, he was made Headteacher and set a vision for the school where all the students, regardless of their starting point, would have the skills to go to university or to a career of their choice.

Under David’s leadership Ark St Alban’s Academy has been transformed from one of Birmingham’s worst schools to one of the best in the country.  In 2014 the school was in the top 100 state schools in the country for the progress of its students, and in 2013 it was the top performing school in the country for student progress in mathematics.

St Alban’s was rated outstanding by Ofsted in 2011, singling out the school’s “outstanding spiritual, moral, social and cultural development” as well as praising “an ethos for learning that nurtures mutual respect and tolerance, motivates students and encourages their positive self-esteem, particularly for Muslim girls.”