ARK students can earn their “Spurs” as mascots 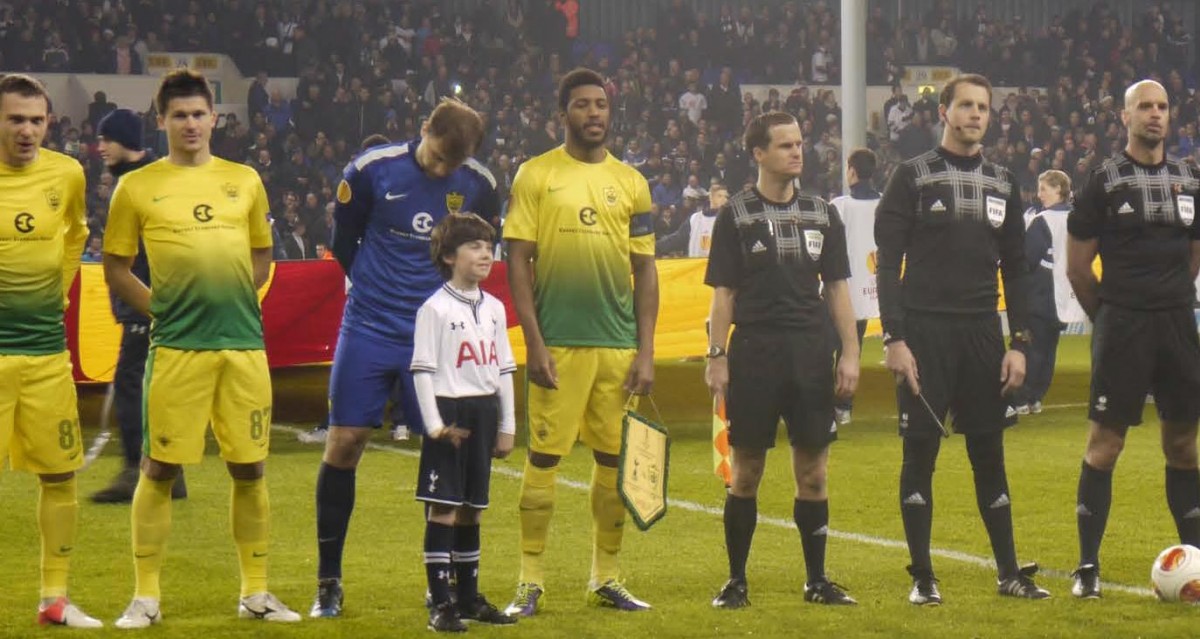 On 12 December 2013, one lucky ARK Schools student was selected to be a mascot at a UEFA Europa League football match between Tottenham Hotspur and Russian football club Anzhi Makhachkala. Nicholas, a year 4 student at ARK Franklin Primary Academy, attended the match with his father and godfather. He got a moment of glory on the pitch, walking down the tunnel and onto the pitch with stars like Andros Townsend and Hugo Lloris during the pre-match introductions.

“Not something you do every day”

Thanks to a programme sponsored by Western Union, students from ARK Schools are eligible to be selected for several UEFA Europa League matches this season. Nicholas was selected by his school to inaugurate the partnership, because of his high-achieving grades and impeccable behaviour in the classroom.

“My class shouted at me, said they saw me on TV,” said Nicholas. “When I showed them the team's autographs (they especially liked Christian Eriksen's and Roberto Soldado's) everyone wanted a peek.” In addition to the autographs, Nicholas received a Spurs team T-shirt and a light-up torch pen.

Bethan Thomas, principal of ARK Franklin said “I am really proud to have one of our students selected to take part in such a special occasion. It’s a wonderful opportunity that he will be able to call on for the rest of his life, and it will also inspire other students in our school.”

Stephen Hawking wins over One Direction

Spurs won the game 4-1, but the real winner was young Nicholas, who impressed his teachers by not being too star-struck. Nicholas was asked in the pre-match programme which idol he’d most like to meet; “My teacher laughed when she saw that I wanted to meet Stephen Hawking and Quentin Blake,” said Nicholas. “The other mascot wanted to meet One Direction!”

For further information on applying to become a mascot through the Western Union programme (open to ARK Schools primary students), contact Bridie.Blower@arkonline.org. The next available match is 27 February 2014, Tottenham v Dnipro.