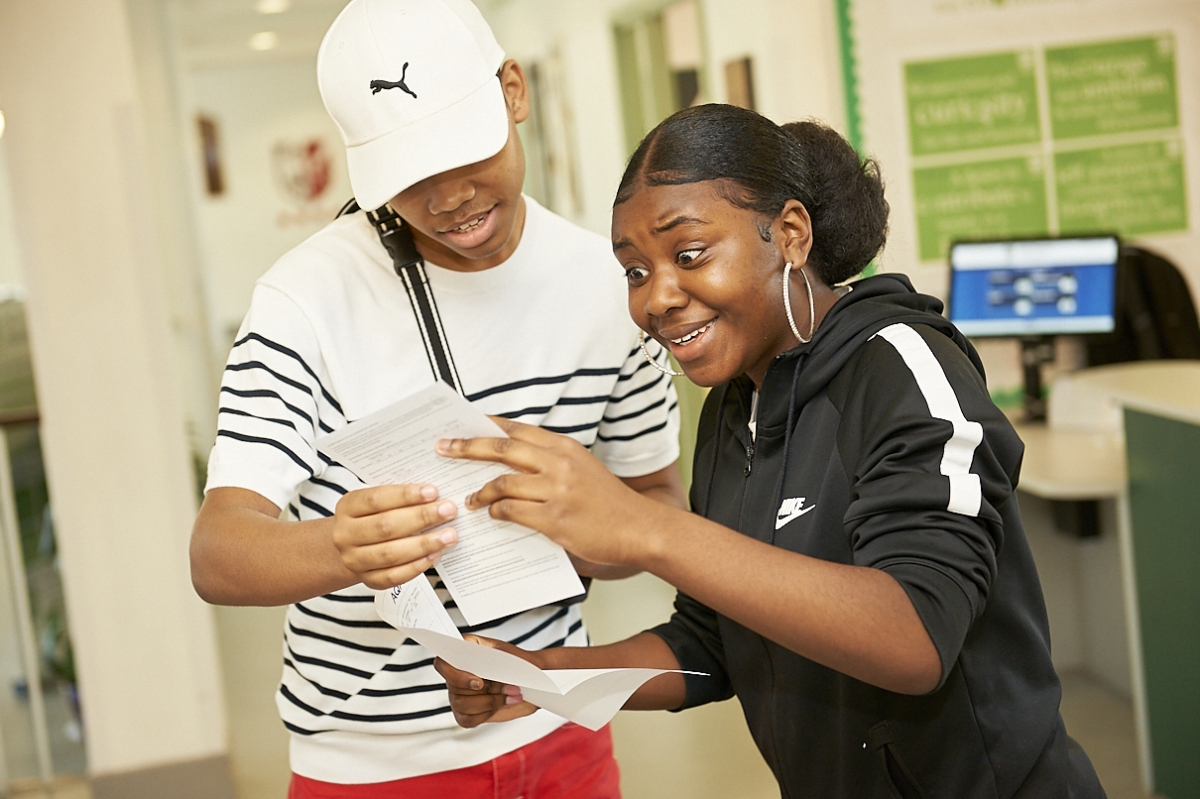 Ark students are again celebrating an impressive set of GCSE results across the network. We caught up with some of our students to hear their reactions to their outstanding grades. 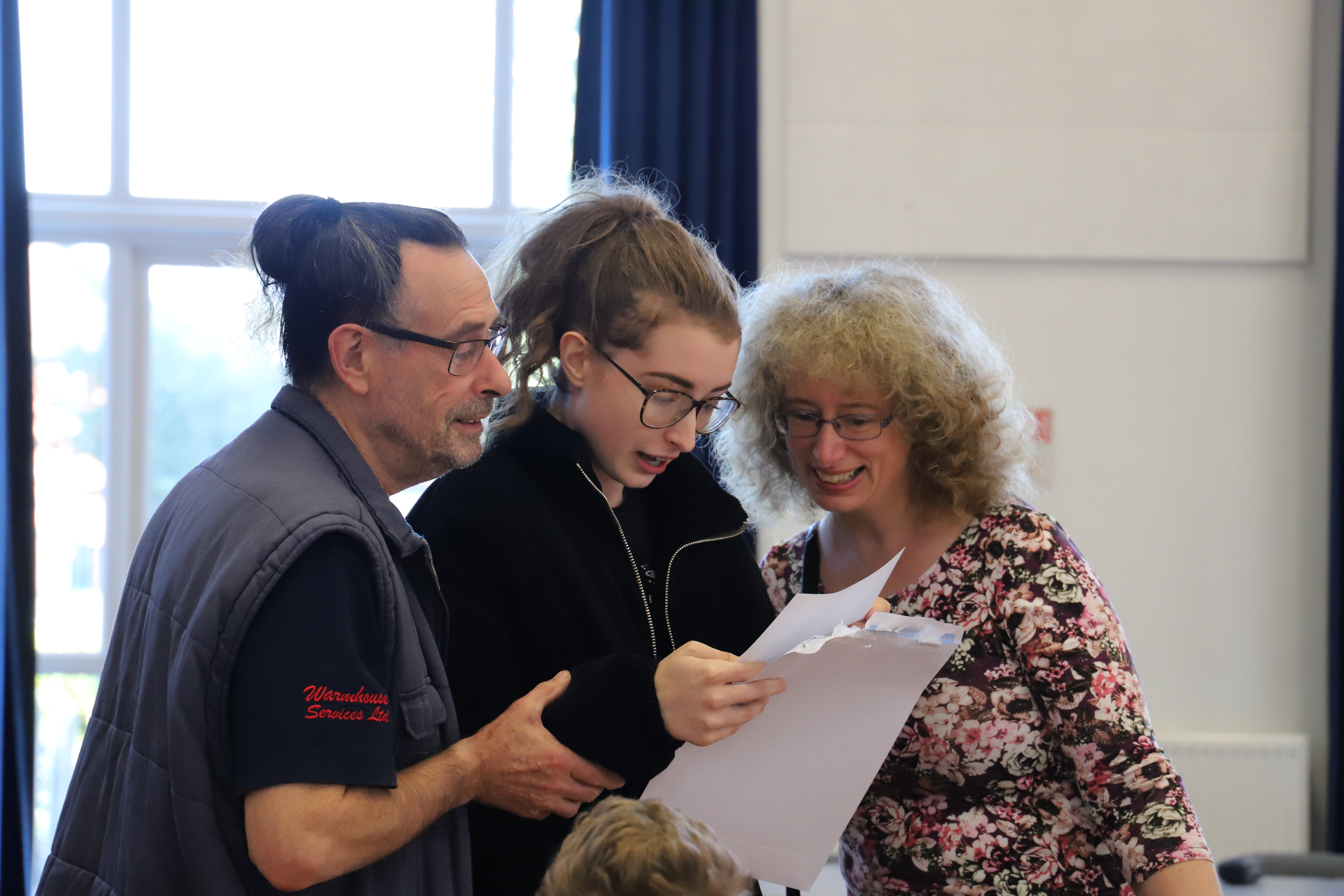 Cara-Rose is a student at Ark John Keats Academy in Enfield. She is part of the school's first-ever GCSE cohort since it opened in 2013. Cara achieved four grade 9s, five 8s and one 7. She said, “There’s honestly not a better feeling than when you’ve done well. My family was ecstatic! I want to go to Cambridge and study Law after my A levels. My school has supported me all the way – I don’t think I could have had a better support system.” 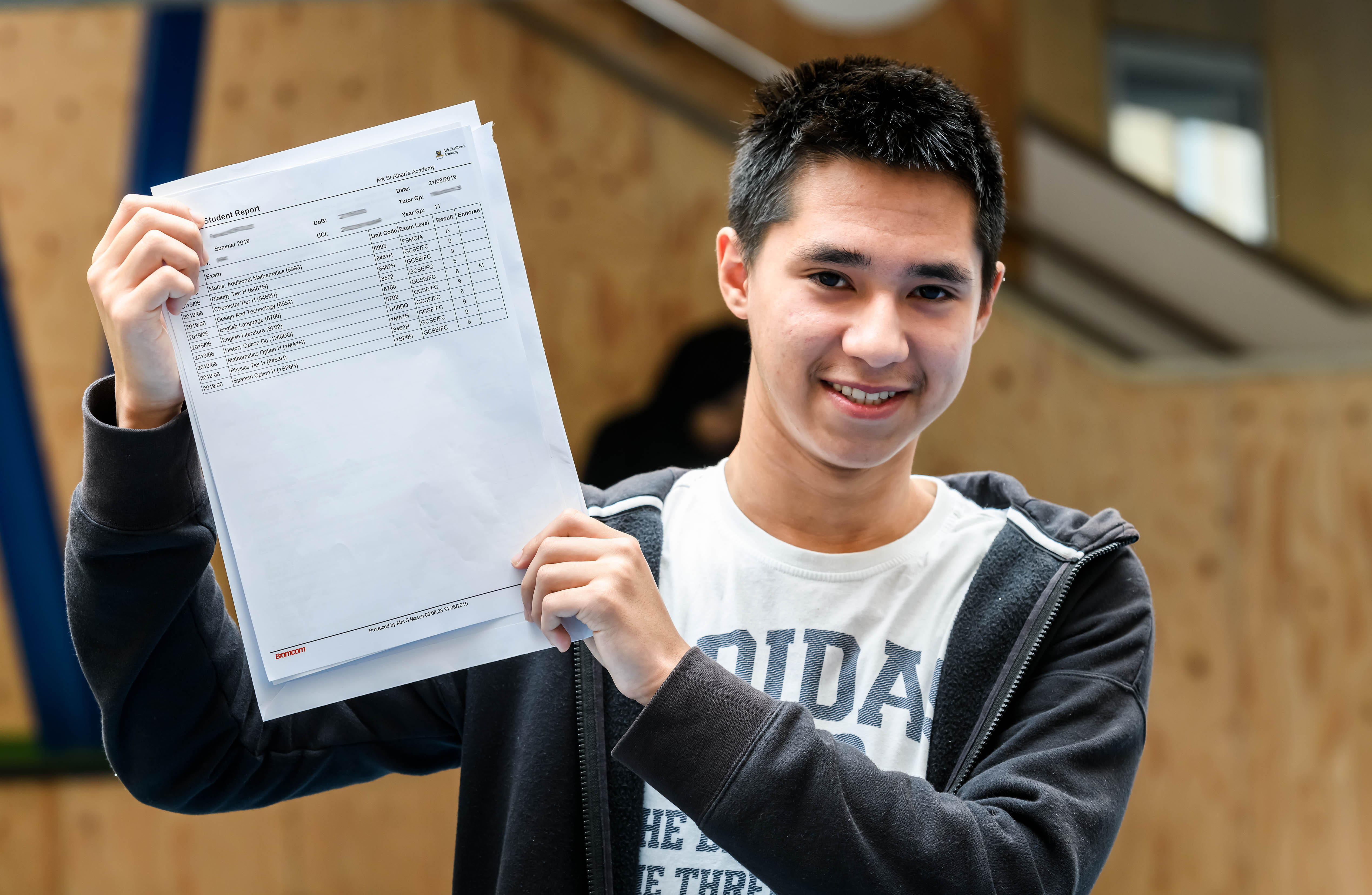 Farhad is a student at Ark St Alban's Academy in Birmingham. He achieved five 9s, one A, two 8s, one 6 and one 5. Farhad said, "My two older brothers have finished university, and I definitely look up to them. They’ve inspired me to work hard and to go on to university myself. My dad is also an inspiration; he works really hard and always tells us to try our hardest as well. My mum doesn’t speak much English, so I have been helping her to learn. I also help with the washing up, cooking, general housework and cleaning the house.

I’ve enjoyed school so far, and now it is time for us all to show off everything that we have learned over the last five years. My favourite subject at school is maths. I’ve always been good at it. I don’t know why. I think it’s because at an early age I always used to do maths at home. I want to study maths, biology and chemistry for my A levels. I’m hoping to stay at Ark St Alban’s because I know the teachers really well. Their main priority is always about helping you – they don’t just tell you information and hope that you will work it out for yourself. They also always go above and beyond, putting on extra classes after school, at weekends and in the holidays." 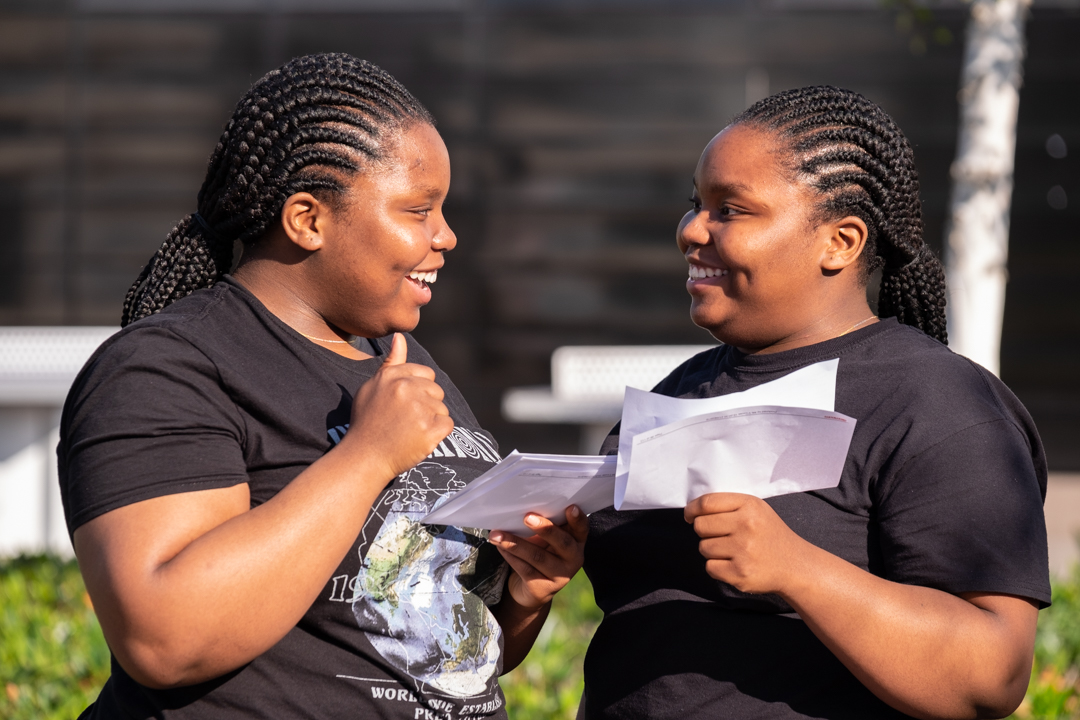 Identical twins Deborah and Kehinde attend Ark Globe Academy in south London. Between them they got in total two 8s, eight 7s and seven 6s. Kehinde wants to become a business owner or paediatrician and Deborah wants to become an engineer. They will continue with A levels at Ark Globe Sixth Form.

They said, "We studied together for the exams; we tested each other, challenged each other. It was really helpful while taking the exams, but waiting for the results was stressful because we were waiting for two sets of results. What if one of us doesn’t to do that well? We would have been upset then; we couldn’t celebrate. We are happy now; although we didn’t get the exact same results, it is balancing.
We don’t plan to separate until the end of university because we will go to different career paths, but we will definitely go to the same university." 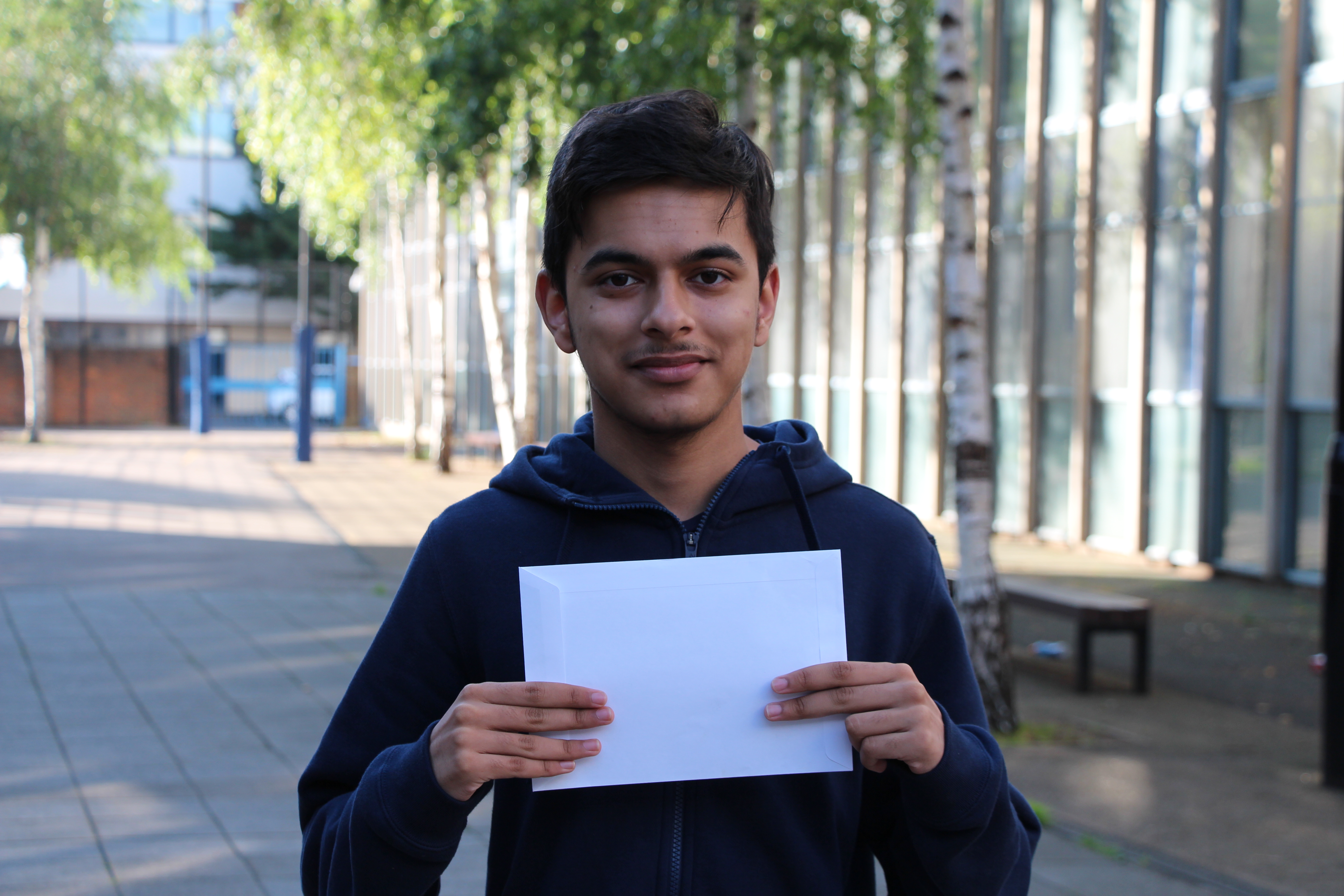 A student at Ark King Solomon Academy, Saeed achieved five 9s, three 8s, two sevens and one 6. About his results, he said, “I wasn’t thinking about GCSEs for the past few days – it was more just in the back of my mind. So, I was fine until I came in and saw the envelope and then I was nervous. Opening it was a relief. I did well and I’m happy overall. I’m disappointed that I got one six, but the rest – I did amazing. I’m going to stay here at Ark King Solomon Academy for sixth form. But I haven’t decided what courses I’m going to take yet. It’s a hard decision. I might take maths and economics.

"I haven’t told my parents yet. My mum will be proud of me no matter what results I got. My dad will be proud as well. My siblings did well in school, so they have that in their minds. My sister got 11 A*s. Being smart and working hard – that’s the combination.” 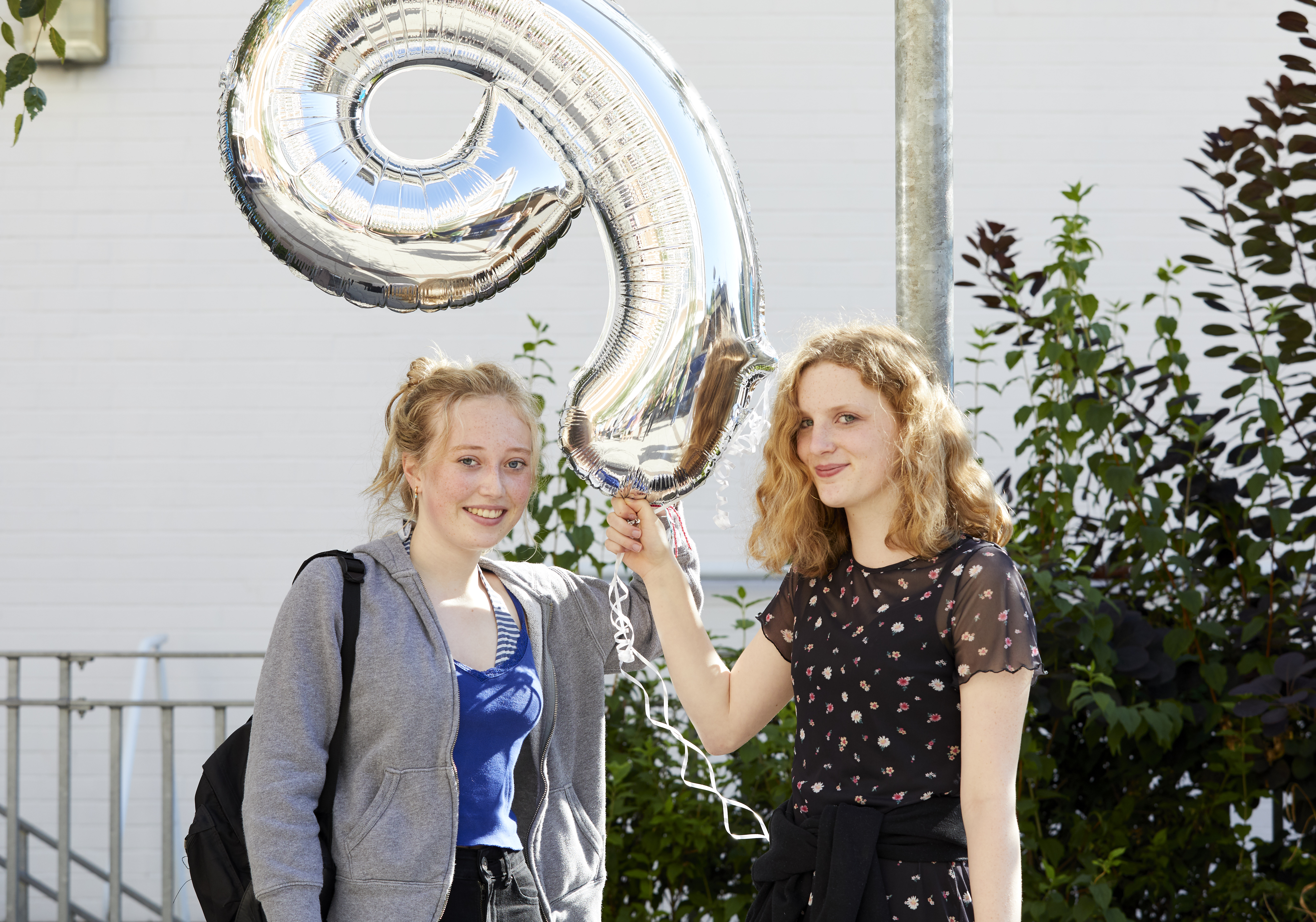 Pepa and Ella are classmates at Ark Bolingbroke Academy in south-west London. Ella was stunned when she opened her results to discover she had been awarded the very top marks in all her subjects, something achieved by only 1 in 500 students. “I really didn’t expect to do so well,” she said. “I only had about two hours of sleep last night worrying about it. When I came to school this morning I went outside and opened my envelope in my Mum’s car. I set myself very high standards, so I am absolutely delighted.”

Pepa Birkett was another Bolingbroke pupil to be rendered almost speechless when she opened her results to find she had also gained the top grade in all subjects. “I was hoping to get 7s and 8’s, as I had worked hard, but really didn’t expect to get all 9s,” she said. Pepa is staying on at Bolingbroke for sixth form and is planning on studying maths, further maths and French with a view to possibly studying medicine at university. 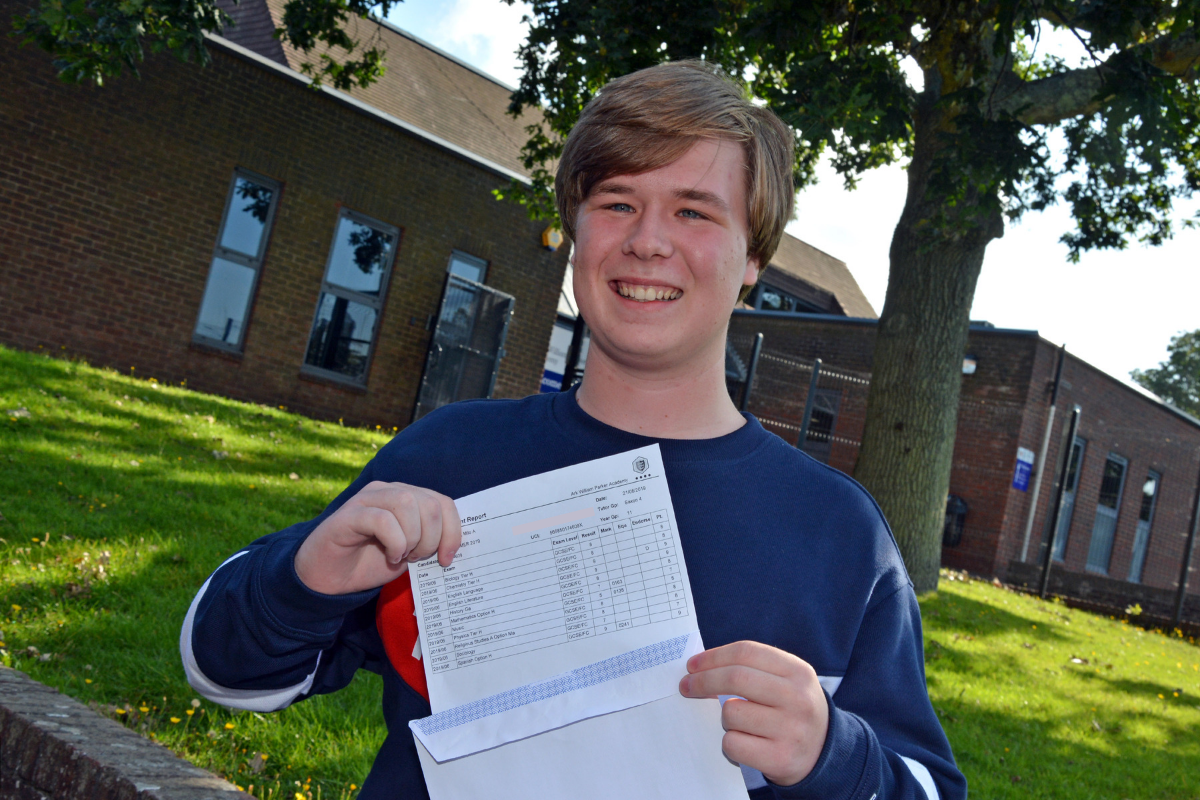 Milo who achieved three 9s, five 8s, two 7s and one 5, is a student at Ark William Parker Academy in Hastings. On receiving his results Milo said; ‘I was worried. My hands were shaking. Now it’s all over I’m happy and proud.”

Milo is set to stay on at Ark Sixth Form to study A-Levels in English literature, politics, Spanish and history. When talking about his future, it is clear Milo has high aspirations. He said, “At university I would like to read history and politics, preferably at Cambridge but that’s an aim. Then I would like to be a history teacher, but I will also consider being a barrister or even a politician.”

Milo has been inspired by his teachers and when speaking of his time at school, he recalled, “We had lots of support from our teachers and our classes, all the pupils are so supportive. It really is a community at Ark William Parker.” These are the best ever results for the Ark secondary schools in Hastings and are a strong foundation on which to build the future of the new co-educational school opening in September, Ark Alexandra Academy. 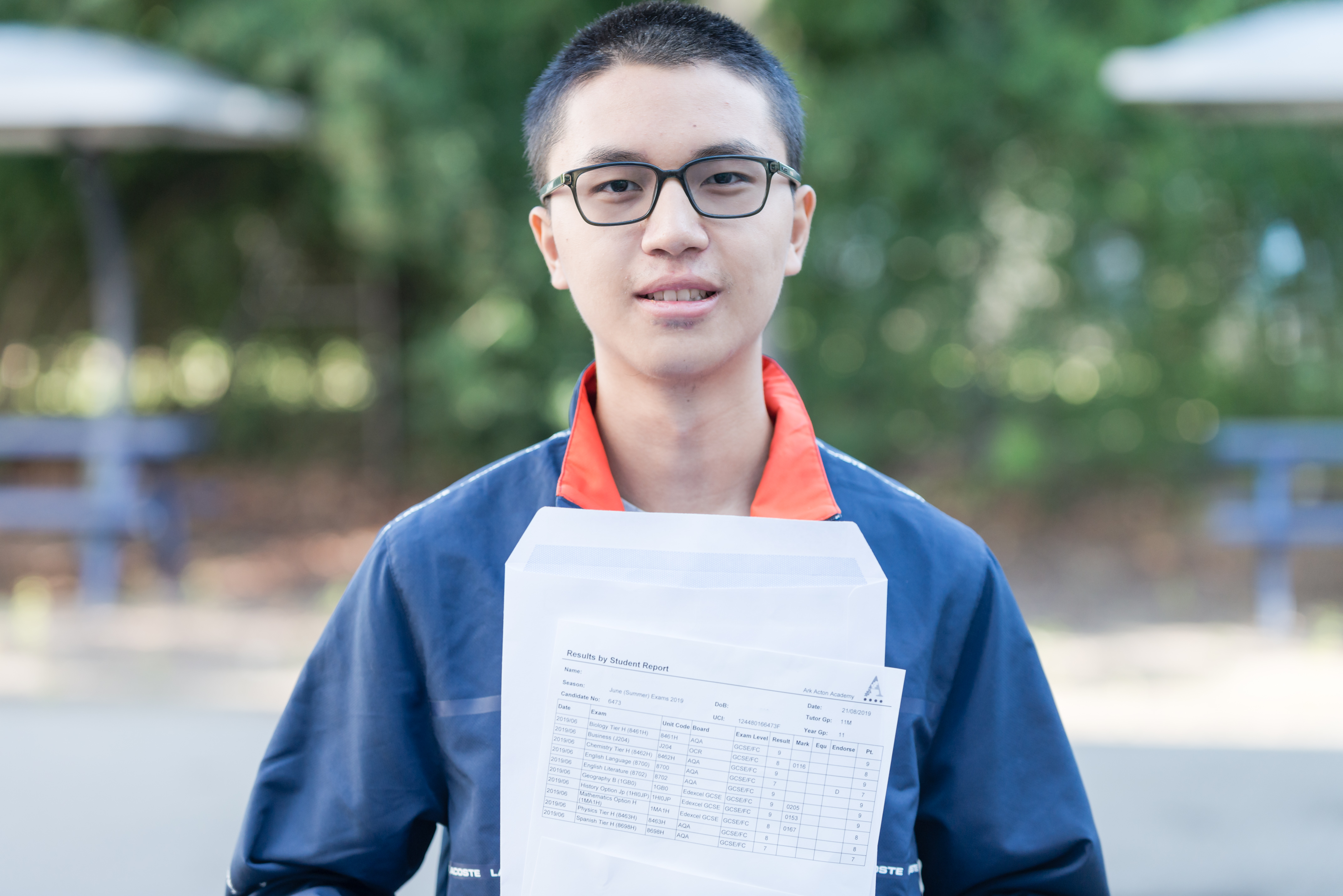 Pavin is a student at Ark Acton Academy in West London, and achieved five 9s, three 8s and two 7s. He plans to stay on at Ark Acton's Sixth Form. Pavin said, "I’m really surprised by these results. I want to go study medicine after sixth form. It’s my passion to become a pathologist and develop new medicines. I owe a tremendous amount to some of the teachers here who helped me gain confidence and achieve these results. It’s not just a solo effort."