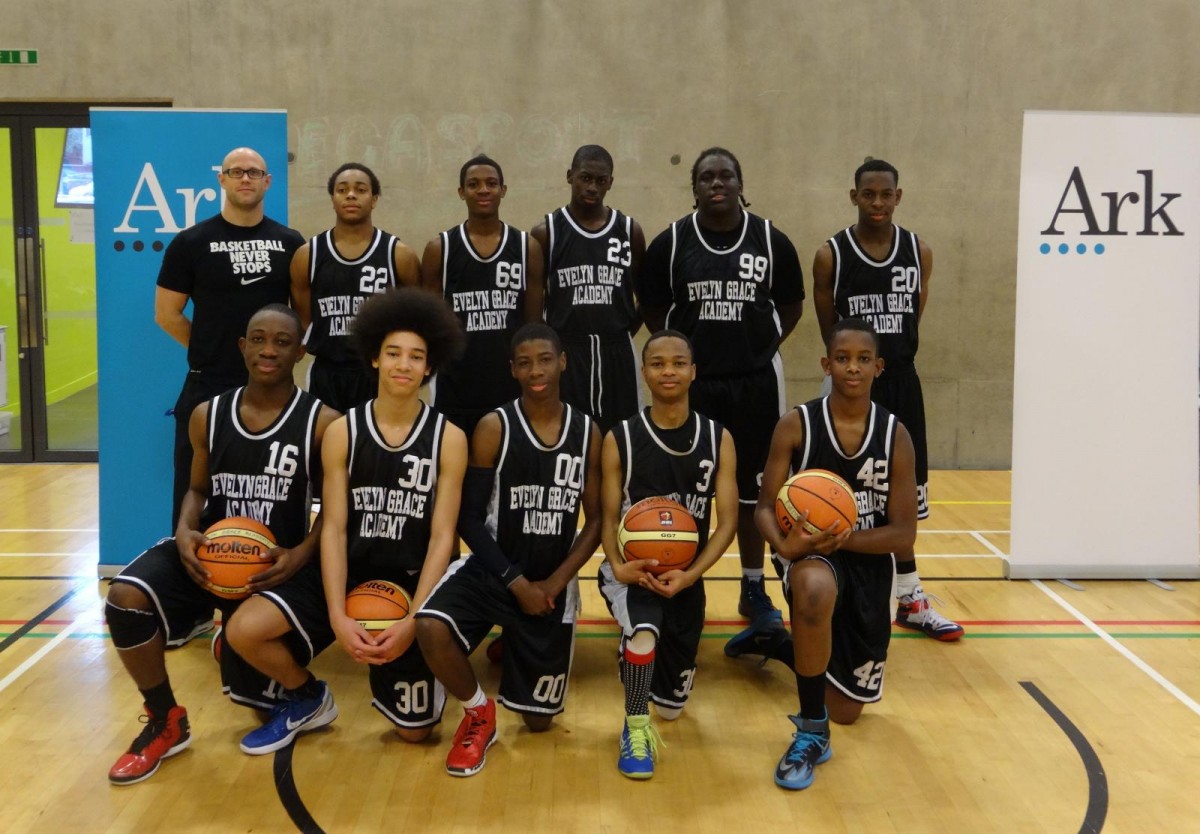 Secondary students from across the Ark network took to the basketball courts of Evelyn Grace Academy to battle it out to be crowned winners of the annual Ark Basketball Tournament.

Teams from Ark Burlington Danes, Ark Elvin, Ark Putney, Bolingbroke and hosts Evelyn Grace all competed for the Under 14s and Under 17s titles.

All teams played to a very high standard and students demonstrated great teamwork and sportsmanship throughout the day.

“It was an honour to play in this tournament representing my school,” said Syed, Ark Elvin Academy. “Being with other basketball players in the Ark network who share the passion and desire to play the sport made us feel like one community.”

“Basketball is more than a sport, it’s a way of life and it’s even better that we have the opportunity to play in school and meet new people,” added Amun-ra, Evelyn Grace Academy.