Ark students rise to the challenge of new GCSEs 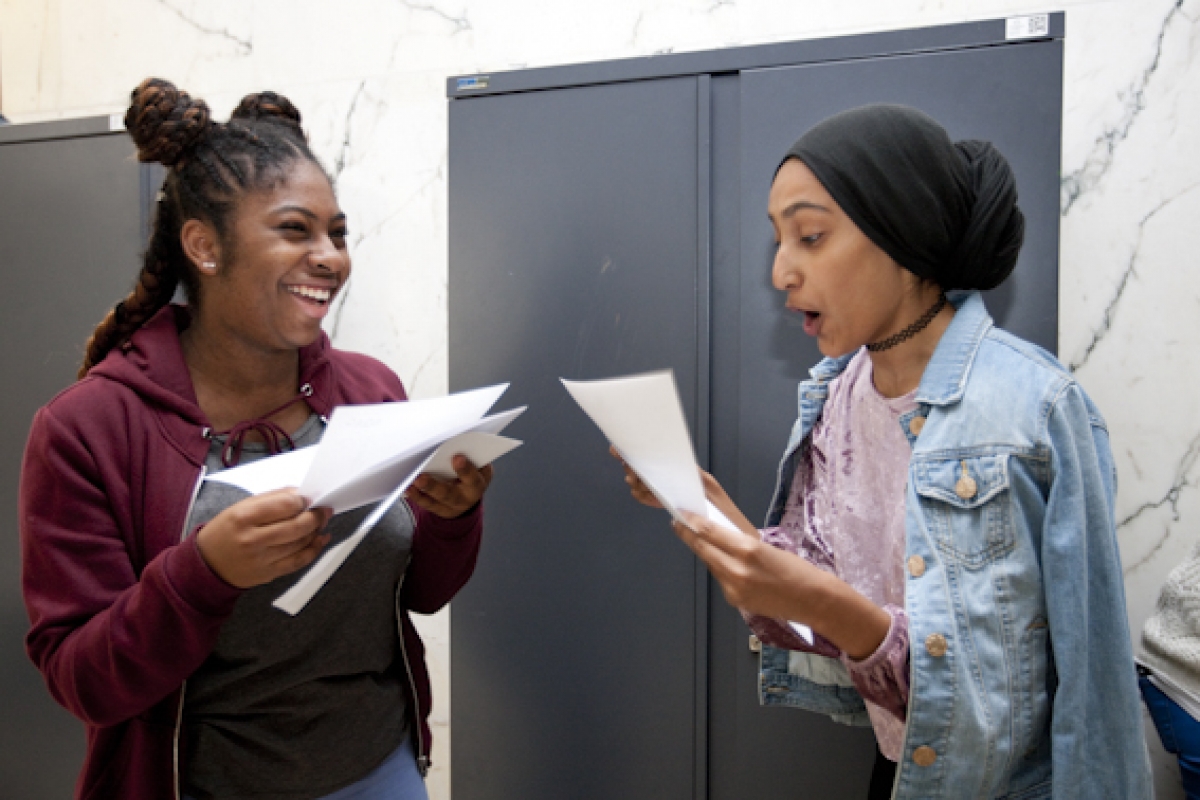 Despite tougher exams and reforms to GCSE grading, many Ark students across the network of schools were celebrating strong results this morning. We spoke to some students immediately after they opened their envelopes, to find out how they are feeling...

With nine GCSEs at the very highest possible grades, 9 and A*, Halema, from Ark Isaac Newton Academy in north-east London is the highest achieving student in the network. She's also part of the school's first cohort to take GCSEs since opening in 2012.

Halema has two older brothers and one younger brother, making her the only girl in the family. She is also the first to plan to go to university.

“Along with my parent’s support, as well as how I’ve been achieving at school, it has made me ambitious. Every single teacher has had my back and motivated me and their support has been amazing. In terms of the school in general, there have been so many opportunities, and I haven’t realised how lucky I am and I’ve kind of taken it for granted, but at this point I’m realising I've done loads of stuff over the past five years and I wouldn’t have had any of that if it wasn’t for my school.”

Halema is passionate about academic subjects including English and science, as well as music on the arts side. She plays the trumpet and has performed at the famous jazz club, Ronnie Scott’s.

Samuel is Head Boy at Ark Walworth Academy in south-east London. He has been awarded a scholarship to attend the prestigious Rugby School to study for his A levels. 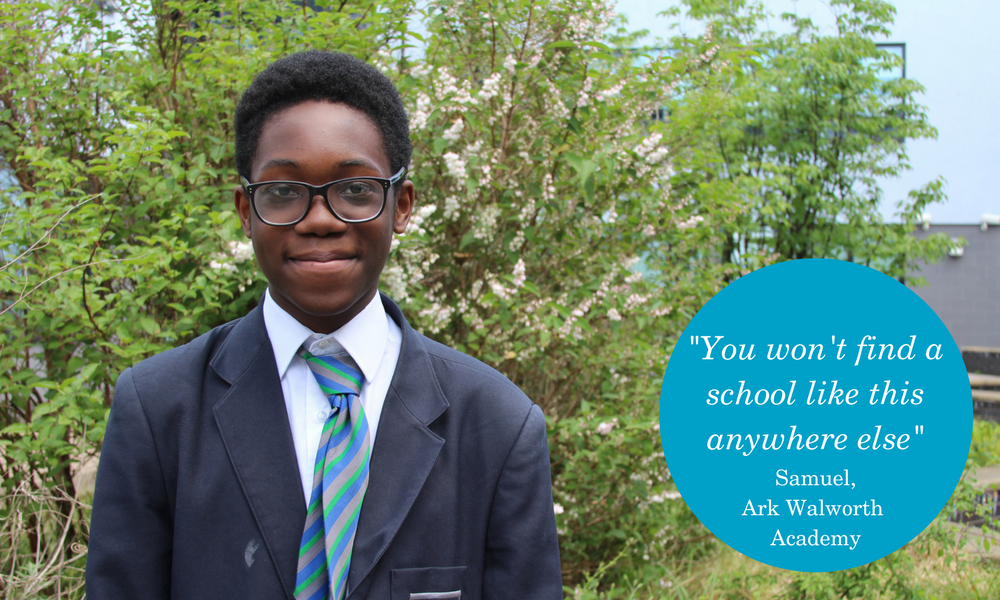 "I have had so many opportunities as well. There are so many things I wouldn’t have had the chance to do if I’d gone to another school. There’s been loads to get involved with as part of the Ark network, from the Shakespeare Schools Festival, to the annual Music Gala, where we get to perform at the Barbican in London. I’ve been in it every year.

"I’m hoping to study maths, further maths, physics and music next year for my A levels, with a view to studying engineering at Imperial College London. I have my future all planned out! I’d like to start a career as an engineer after I leave university. Then I’d really like to run my own business, I haven’t decided in what yet, I will assess the market trends and needs at the time.

"I’m excited to go to Rugby School, but I know it’s going to be very different from Ark Walworth Academy. It’s much much bigger for a start – it’s probably about the same size as the whole of Southwark! I will be sad to leave Ark Walworth though. You won’t find a school like Ark Walworth anywhere else – the teachers, the students, our principal Miss Powell – everyone is so unique. I’ve loved being at Ark Walworth Academy, I’ve experienced all sorts of emotions and had so many great opportunities. This really is a special place to study.”

Sarunicka, student at Ark Elvin Academy in west London, is passionate about volunteering. She got scores of 8,7,6 and six As in her GSCEs. 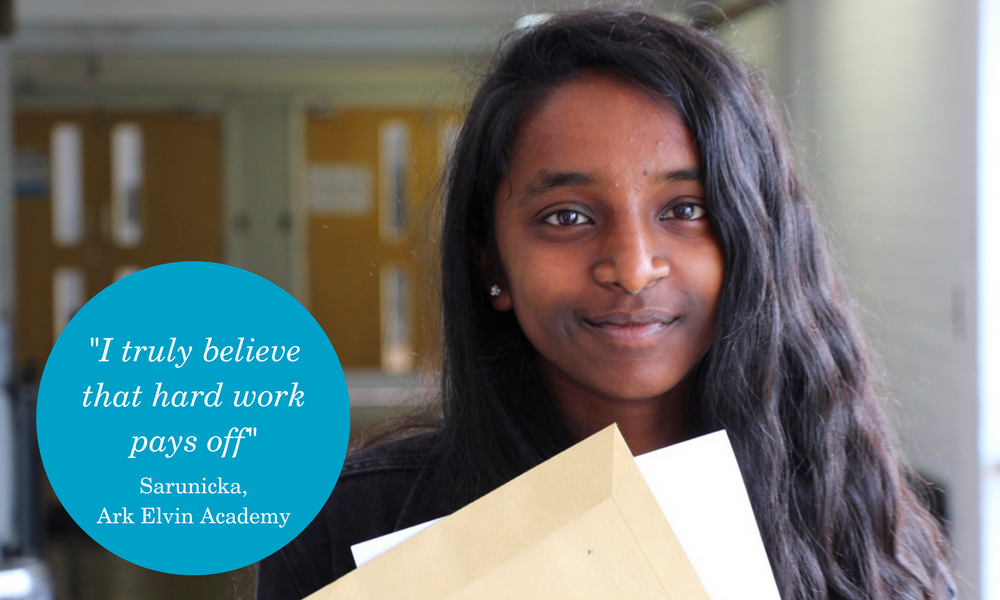 "I feel good. I feel great. I think for most of my life these exams were always so important to me. This past year, these exams have been my whole life! I truly believe that hard work pays off.

For me, education has always been the one thing that I strive for. It’s the only aspect of my life where everything I do gets rewarded. It’s not the grades that define you - I do it for myself. My life has been a constant cycle of work, but when I see these grades, it all feels worth it.

I’m not a creative person, I’m not athletic. The only thing I know is learning and education. Other people have other interests, and some of those people find it hard to revise. But this is my thing.

For my future, I’ll be going to Ark Academy’s sixth form. I don’t know what courses I’ll be doing yet, but I want to work towards doing something that makes a difference in the world. I want to leave a mark.

My parents saw me stress out so much in preparation for these exams that they said to me, 'We don’t care about the grades'. They saw me do all that hard work. Ark Elvin Academy helped me a lot. The school motivated me. They did all they could – they put in all the hours. Not one teacher here didn’t do everything they could to support me."

Matthew is a student at Ark Willam Parker Academy in Hastings. He achieved scores of 9, 7, three A*s and three As. He hopes to become a lawyer and has his sights set on Oxbridge. 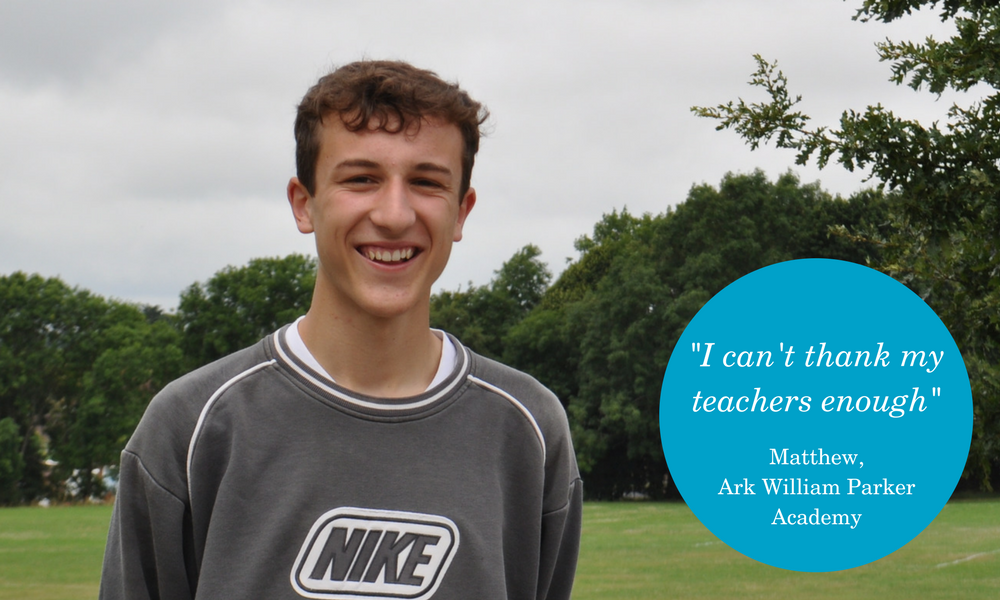 Matthew said, “I can’t thank my teachers enough. I really wouldn't have been as confident in my exams without them all." Matthew plans to take A levels in History, Economics and Business. He hopes to become a lawyer and has his sights set on the top universities and would like to go to an Oxbridge university. During his time at Ark William Parker, Matthew was grateful for the support he received from teachers leading up to his GCSE exams: "Year 10 was my hardest year - this new pressure of GCSEs suddenly coming in. The support during GCSEs was good from my teachers. Especially in the sciences, they put on revision sessions every Saturday and after school every day."

Matthew has been at Ark William Parker since 2012. "It’s good for character building. When I first joined, and when my brother was here you had to learn to stick up for yourself. Since the school joined Ark and our principal Miss Newman came in, the behaviour has been better."

Matthew is also a keen footballer, and won the District Cup last year with his team.

Find more good stories in our Storify below: