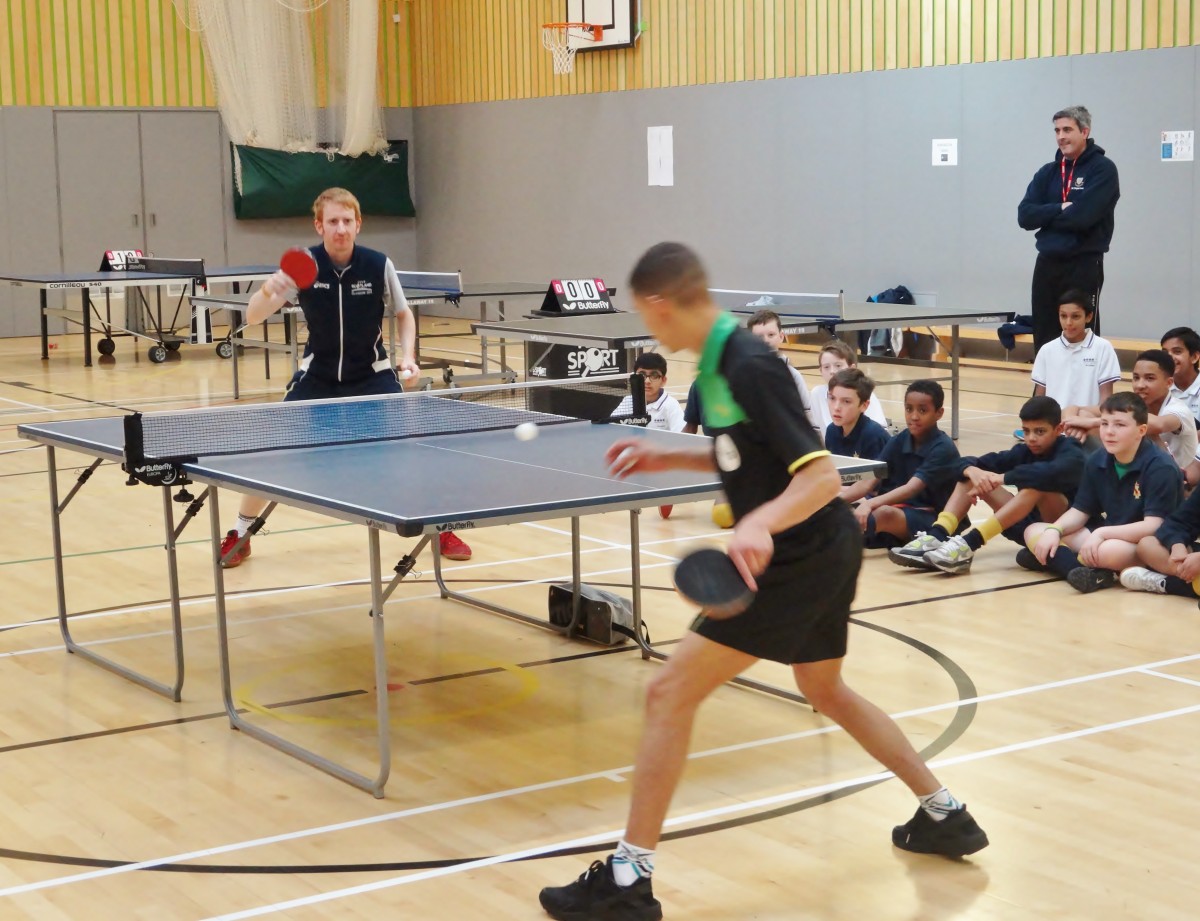 Schools from across the Ark network have been paddling for victory in a tense table tennis tournament at Isaac Newton Academy.

The day also saw students treated to an exhibition match with Gavin Rumgay, Scotland’s top tennis player and a Commonwealth bronze medal-holder. Gavin, who impressed with his demonstration of professional-level speed, later took to Twitter to say that he’d enjoyed meeting students.

The tournament was supported by Focus Table Tennis, who supplied equipment and staffing to the event. Focus coach Olav Stahl said: “The event was a huge success – it was basically run by the children with a little help from us, the adults! No arguing, no messing around, no cheating; just passion, joy and fun to play table tennis.

“Between 11 and 14 it is really valuable for the development of children to engage in any kind of sports, especially in an event like this, the Ark Table Tennis Tournament. As well as fitness, health, coordination and reflexes, they practice how to be fair, just, give 100%, respect opponents no matter their level.”

Ark Kings Academy player Gurditta said: “It was a great experience to come to Isaac Newton Academy to play table tennis. If only we could come again!” 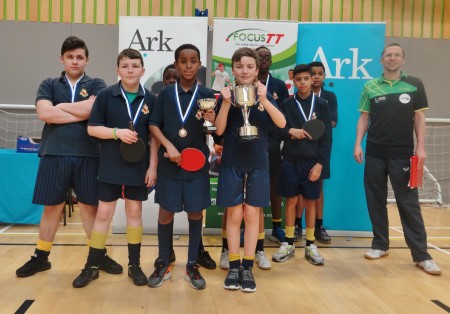