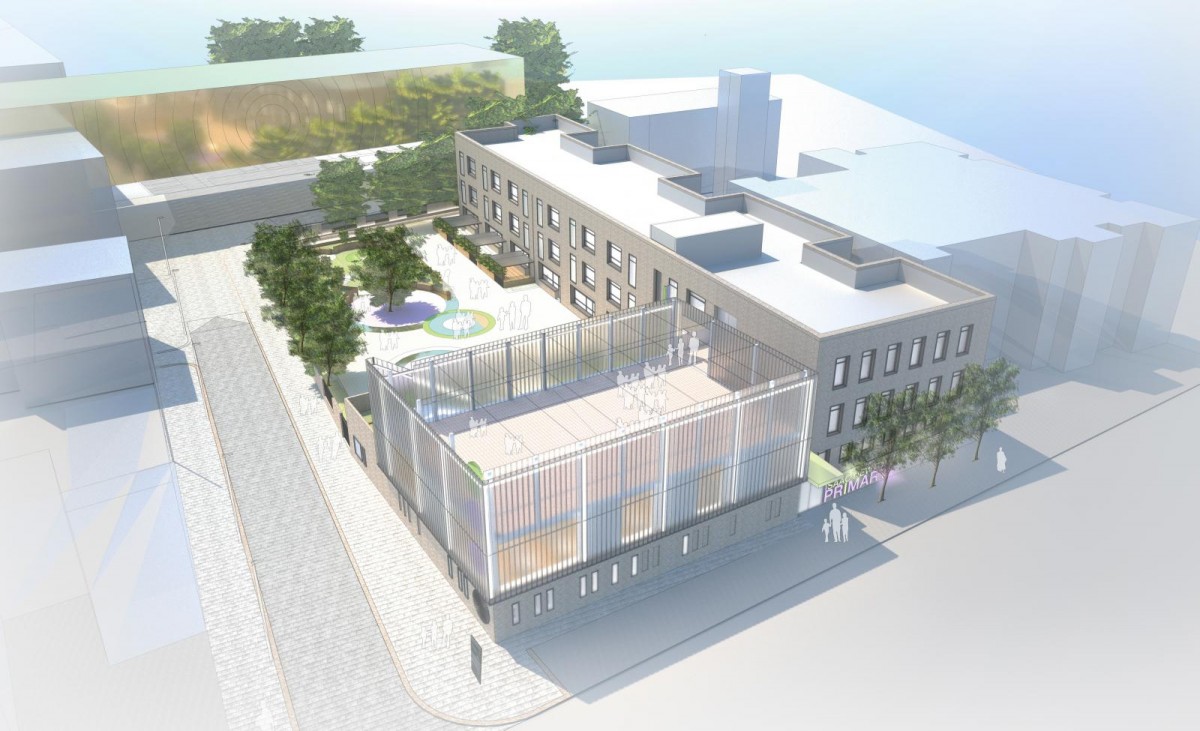 Four schools in London, Hastings and Portsmouth have joined the ARK Schools network this week, bringing the total number of academies in the group up to 31. In addition, two existing ARK academies in north London are expanding to create primary and secondary schools.

The largest new school is ARK Elvin Academy in Wembley. When full this will be an eight form entry secondary academy which was formerly known as Copland Community School.

The school is named after local first world war hero Arthur Elvin, who was involved in the construction of Wembley stadium and the organisation of the 1948 Olympic Games in London.

The school will have a new logo and uniform and a group of 130 volunteers have been busy over the summer giving the school a new coat of paint and making important repairs for the start of term. Annabel Bates is the new principal having previously worked at Ark Academy, also in Wembley, which was rated outstanding by Ofsted.

ARK Dickens Academy in Portsmouth is a two form entry primary school, previously known as Charles Dickens Primary School. The school will work closely with other local ARK schools such as ARK Ayrton Primary and Charter Academy, which celebrated another year of improved GCSE results this year. This summer the school has commissioned a mural for our main reception area that features characters from Oliver Twist.

ARK John Keats Academy in Enfield will be opening a six form secondary phase from this September.  Headed up by Jerry Collins, who was previously the headteacher of an outstanding academy, the school will be completely refurbished with new building work due to be completed in spring 2015. The school provides flexibility for parents with a longer school day running to 4.30pm. The school is holding a series of open days throughout October, November and December.

ARK Blacklands and ARK Little Ridge are two small primary schools in Hastings taking around two forms every year. ARK Blacklands aims to create a ‘village school’ atmosphere with each child treated as a unique individual, in a friendly, supportive way. Blacklands appointed a new headteacher last September, Lorraine Clarke, who has already started making improvements to the teaching and learning at the school. The new school will have an updated uniform and new logo to reflect the town’s nautical heritage.

Little Ridge Primary School will join the ARK Schools network after a consultation with parents, staff and local residents concluded at the end of January with a clear majority in favour of the school joining the same network as other local academies ARK William Parker and Helenswood. Sarah Bailey has been appointed as the academy’s new headteacher, and will take up her post at the start of new school year in September. Sarah has an impressive track record from Teach First through to Future Leaders and has been instrumental in securing impressive improvements within a short space of time.

Isaac Newton Academy in Redbridge will expand to create a primary phase this year led up by their new headteacher, Tam Broadway. The brand new secondary school set up less than two years ago – was praised earlier this year by Ofsted as an ‘outstanding’ provider of education.

The report praises the attainment levels and progress made by pupils in the first two years: “The achievement of students is outstanding. The academy has established very high quality teaching where every student succeeds.”

Pupils at the primary school will be able to enjoy a modern new building before the end of the year. When full, the school will provide 630 places for children between four and 11 years old.