#ArkTalks “We need a Minister for Children in the Cabinet” 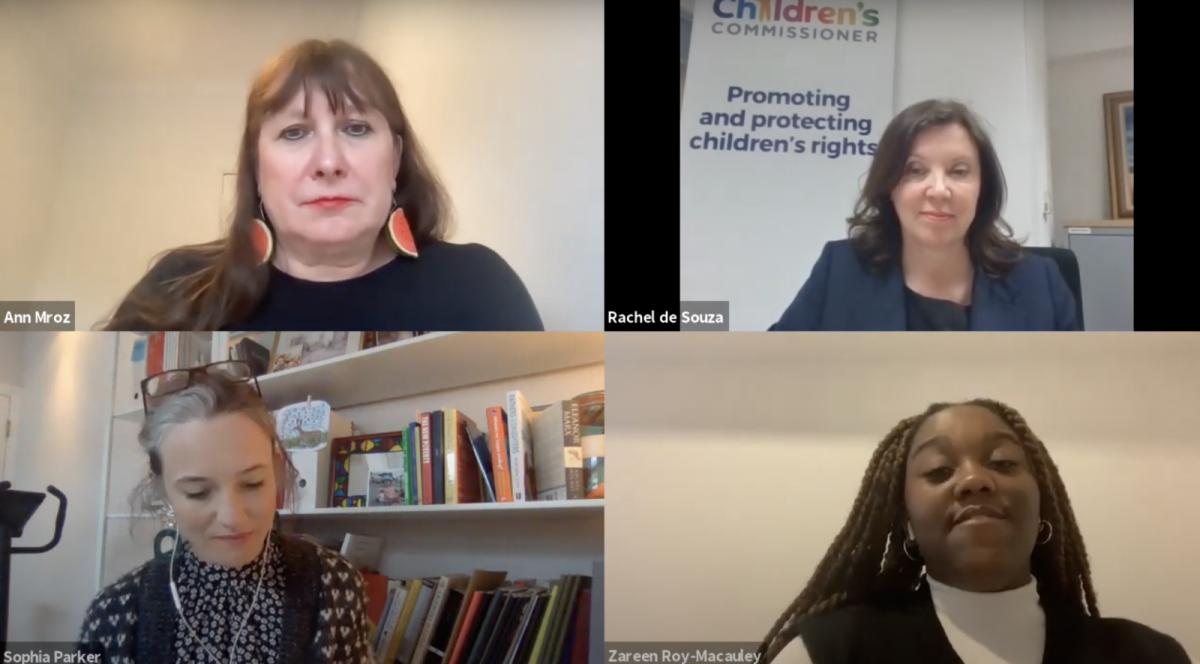 The Children’s Commissioner for England, Dame Rachel de Souza DBE, joined Sophia Parker, former CEO of Ark Venture Little Village, and Zareen Roy-Macauley, a former Ark Globe Academy student, for a passionate discussion on “how childhood can be rebuilt after the pandemic”.

Ann Mroz, former editor of Times Educational Supplement, chaired the #ArkTalks event, prompting conversation on the Commissioner’s Big Ask, the growing extent and impact of child poverty, the state of students’ mental and emotional health, and the risk of catastrophising childhood.

Dame Rachel reflected on the successful launch of her Big Ask survey, which has received more than 100,000 responses from children in the four days since its launch.

She explained that she launched the Big Ask “to understand what matters to children, what is life like, what are your dreams and ambitions” and added that “what I’m really challenged by in my first experience of working in Government is the silo thinking. 0-2s here, families here, health here. How do we get all of this joined up? We need a Minister for Children to be joining Cabinet.”

Rachel advocated for a focus on “those who have had the trickiest problems” and using schools to tackle that as well as “creative and targeted policy thinking” during this “transformational moment”.

Sophia Parker, former CEO of Little Village, an affiliate venture of Ark and a charity that supports families with clothes, toys and equipment for babies, said, “We need to think about catch up in a more holistic way; it’s about social connections, friendships, time away from parents.”

Sophia - who is due take up the role of Director of Innovation at the Joseph Rowntree Foundation later this year, also stressed the importance of focus on early years, citing a Foundation report that found one in three families with a child under five are living in poverty, and argued, “Families are not going to be able to stay afloat without more affordable, reliable and higher-quality childcare.”

Ark Globe Academy alumni and recent Cambridge graduate, Zareen Roy-Macauley, reflected on her own experience and the need to empathise with those who have had some of the hardest times throughout the pandemic, particularly those children with caring responsibilities, “As someone who has a lot of responsibility at home, young carers have really had to contend with this pandemic in a lot of nuanced ways.”

Join us for the next #ArkTalks events:
#ArkTalks: What is the future of digital technology in schools? With Andreas Schleicher, Director for the Directorate of Education and Skills at Organisation for Economic Co-operation and Development (OECD) on Tuesday 25 May. You can register here.