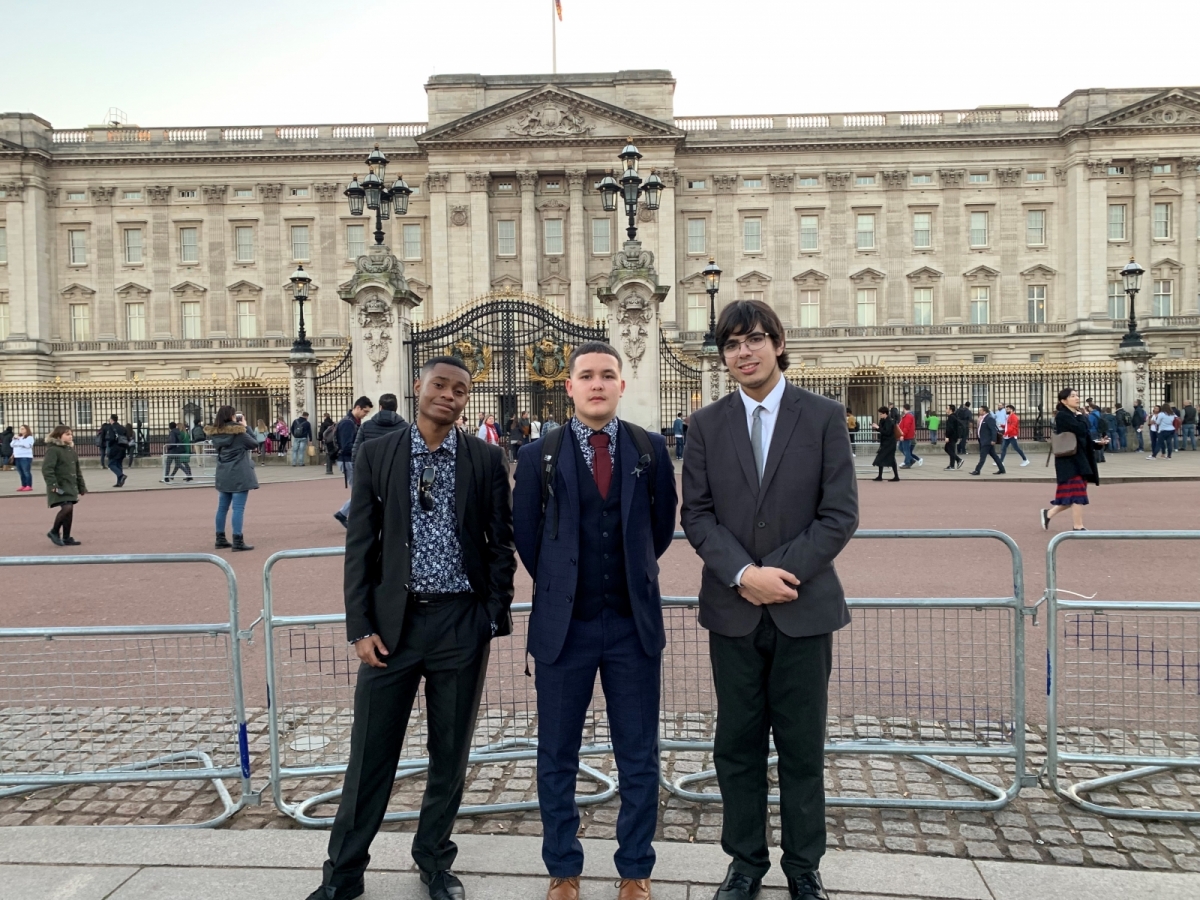 A team of three year 11 students from Ark Evelyn Grace Academy in Brixton, south London, have won 'Best Innovative Product' in the TeenTech 2019 Awards, celebrating at Buckingham Palace. It was a double win for the school, as teacher Sumair Mohammed also won TeenTech's 'Teacher of the Year' award.

Winners Bruno Rocha Cunha E Silva, Charles Clayton and Leynner Caicedo Arrieche, AKA the 'Alpha Apps', met TeenTech patron HRH The Duke of York to share their bold invention. The team won in the Music, Media & Entertainment category for their product, The Augmented Reality Comic Book, a physical comic book with an accompanying app which generates a video game. They created the stories and graphics, developed the game and presented their finished product to a panel of judges made up of celebrities, journalists and academics. The aim of the competition was to create a product which makes life ‘better, simpler, safer or more fun’ using the power of science and technology.

The team was mentored by Nick Cannon, Chief Technology Officer at Walt Disney Animation, who offered advice on developing and creating their prototype.

Sumair Mohammed, Computer Science Teacher and STEM Co-coordinator from Ark Evelyn Grace Academy in Brixton has participated with his students for two years. Since getting involved in the competition, he has seen the number of students in the school who want to be involved soar from eight to 80. 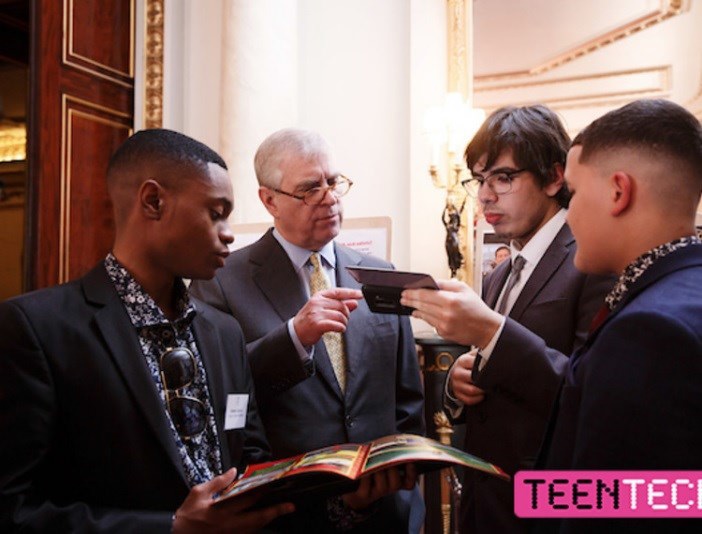 Sumair said, "Many of our students do not realise life beyond Brixton - but with the support of TeenTech our students have been given access to mentors from some of the largest technology companies in the world. TeenTech has had an incredibly positive impact on our students, allowing them to recognise a future for themselves in careers they had not thought of.

“Since starting the TeenTech Awards at Ark Evelyn Grace, we have also noticed an increase in students at year 9 choosing Computer Science as their first choice subject for GCSEs. Before we started the programme, there were 12 students in our GCSE Computer Science class. We now have the majority of our current year 9 cohort selecting this subject.

“I have found TeenTech has the best influence on our more reserved students. They’ve realised they can achieve more than they thought they were capable of. It’s been a pleasure to be able to see them grow so much through this initiative.

“I’ve always believed Leynner, Charles and Bruno are great, it feels good to finally see them being celebrated on a platform they truly deserved to be on. They know this is only the beginning of their journey and now they have a real business out of their project and have inspired so many of our younger students to get involved. I’m excited to see what happens next for them!”

269 schools registered to take part in the awards and over 1500 students were involved from schools across the UK and Europe. The TeenTech Awards is an annual initiative that challenges young people aged 11 to 19 to tackle key societal and environmental issues using the power of science, technology and engineering.