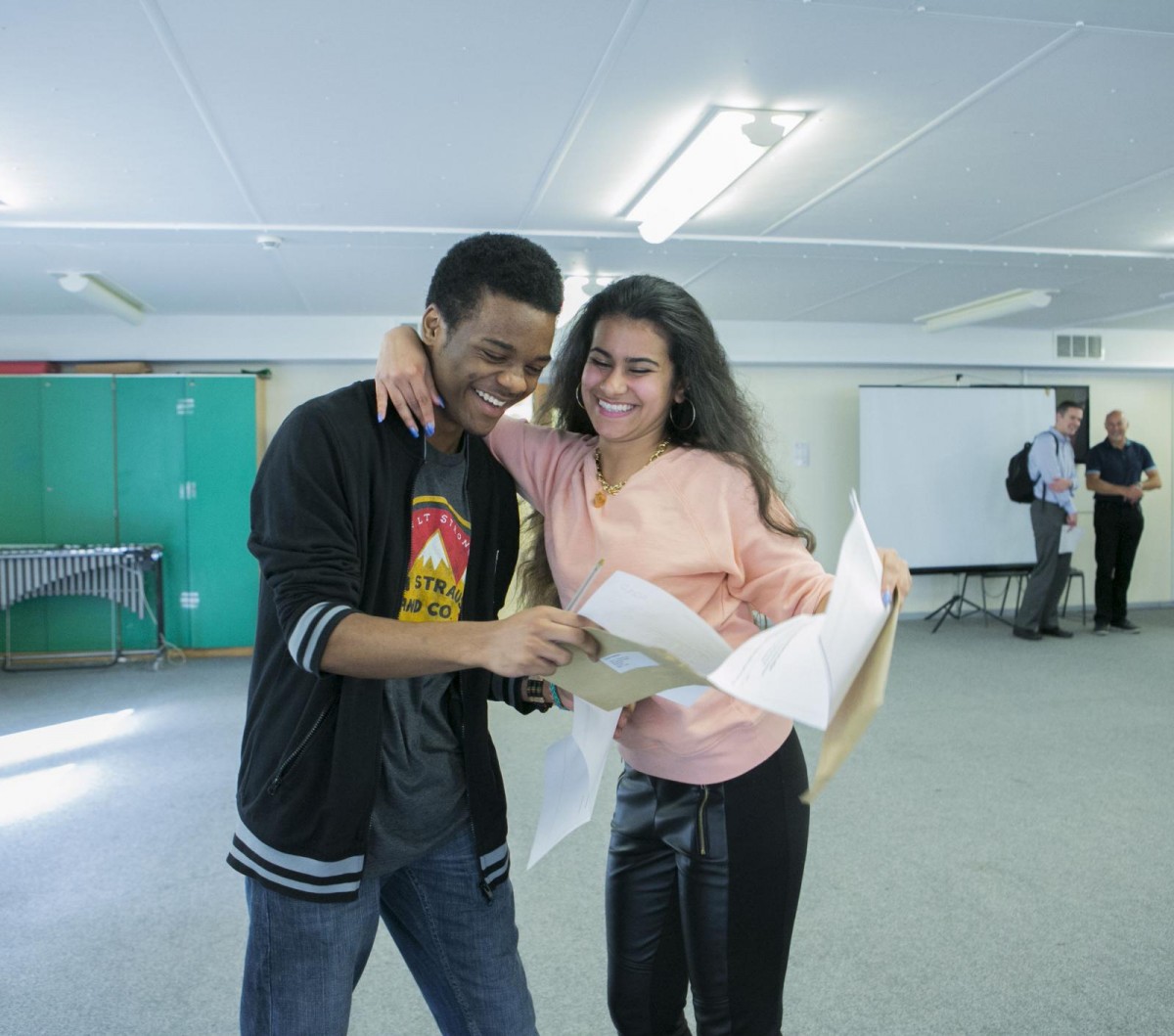 Students at ARK Schools are celebrating an impressive set of A level results this week. The number of students getting at least 3 A level passes across the network is up from 68% to 72%. One in five A level students got 3 passes at the top A* - B grades.

Many ARK students are now heading for prestigious universities such as Cambridge, LSE, Manchester, Warwick and Plymouth.

Sara Khoshraw from ARK Putney Academy has secured a place to study medicine at King’s College, Cambridge after getting an incredibly impressive A* in Maths, and As in Further maths, Biology and Chemistry.

Sixth form students at ARK Putney Academy are celebrating a record breaking set of A level results with the numbers of passes at A* - C level jumping 5 points from 67% to 72% this year.

Aaisha Abdulsalam, also from ARK Putney, passed A levels in Maths and Art & Design. She is hoping to become the first ever female Kurdish commercial pilot and is going to study Aviation Pilot Studies in Buckinghamshire New University in High Wycombe.

She has been awarded a £3,000 bursary from Marshall Wace to help support her during her first year of studies.

“It means a lot because I live in a council flat. Money doesn’t come easy.  My mum doesn’t work.  So I wouldn’t know where else to get a loan from and I know that if I get this bursary and I don’t need to pay it back when I’m older, I hope.  It’s really beneficial for me.”

Gianina Graham, pictured, a student at ARK’s Burlington Danes Academy, got straight As in English Literature, History and Media studies.  She is excited to be the first in her family to go to university and is planning to study history at Warwick. She hopes one day to become a TV personality on a serious news programme.

ARK’s Burlington Danes Academy today broke its own record today by getting even better A level results than last year with  100% of grades being awarded from A* - E, up from 99% last year. Nearly six in ten were given the top A* - B marks.

“It’s a huge deal to go to university. It is achievable and I'm really happy about it. Hopefully when I grow up I want to be a journalist or news broadcaster. I want to be kind of like Jeremy Paxman or on CNN.”

Adukunle Awodele, pictured, aged only 17 when he sat his exams got an A* in Art & Design, a B in maths, and a B in Religious Education.   He is going to study architecture at Cambridge.  He has been inspired by the teachers at Burlington Danes to aim for the best universities.

Joseph Adeyemo, pictured, has gone from being excluded from school for a year for getting

involved in a gang to being Head Boy at Walworth Academy. He is aiming for a career in the city and has a five week internship at Bank of America. Joseph has finished sixth form passing A levels in Maths, Economics and Physics.

“Walworth Academy stands out from the environment it is in.  It gives people the ability to love, the ability to believe in yourself that you can go forward and do bigger things with your life.”

Pippa Sampson, pictured, is an 18 year-old sixth former from ARK 6th Form East Sussex.  She has taken three A-levels, in photography, English, and health & social care. She will be studying counselling at Huddersfield University - the first person from her school with a statement of special needs to go to university. Pippa has a speech and language disorder, dyspraxia.

“My mum always said to me 'Don't count yourself out before you've even begun.’ The teachers here have been brilliant. They’re very confident in me which makes me confident in myself. I think because the school knows my situation, they've always pushed me that extra bit. Something I've learnt through ARK is that you don't have to limit yourself. I don't want to be a counsellor just because I like it. I want to be the best counsellor in the world.”

Michael Manyarara, also from ARK 6th Form East Sussex was born in Zimbabwe and moved to Britain three years ago. He achieved 3 A levels including As in Art & Design and Graphics. He had been separated from his mother for 12 years.

“In Zimbabwe, it was hard to find food sometimes, and the electricity went almost constantly. I remember I only had a sandwich, for a week or so. I started at William Parker when I was in Year 11 and had to learn the whole curriculum in seven months, before the exam. I had a great teacher called Mr Firth. He pushed me beyond my limits.”