Doug Lemov: Humility and strength are core to leadership 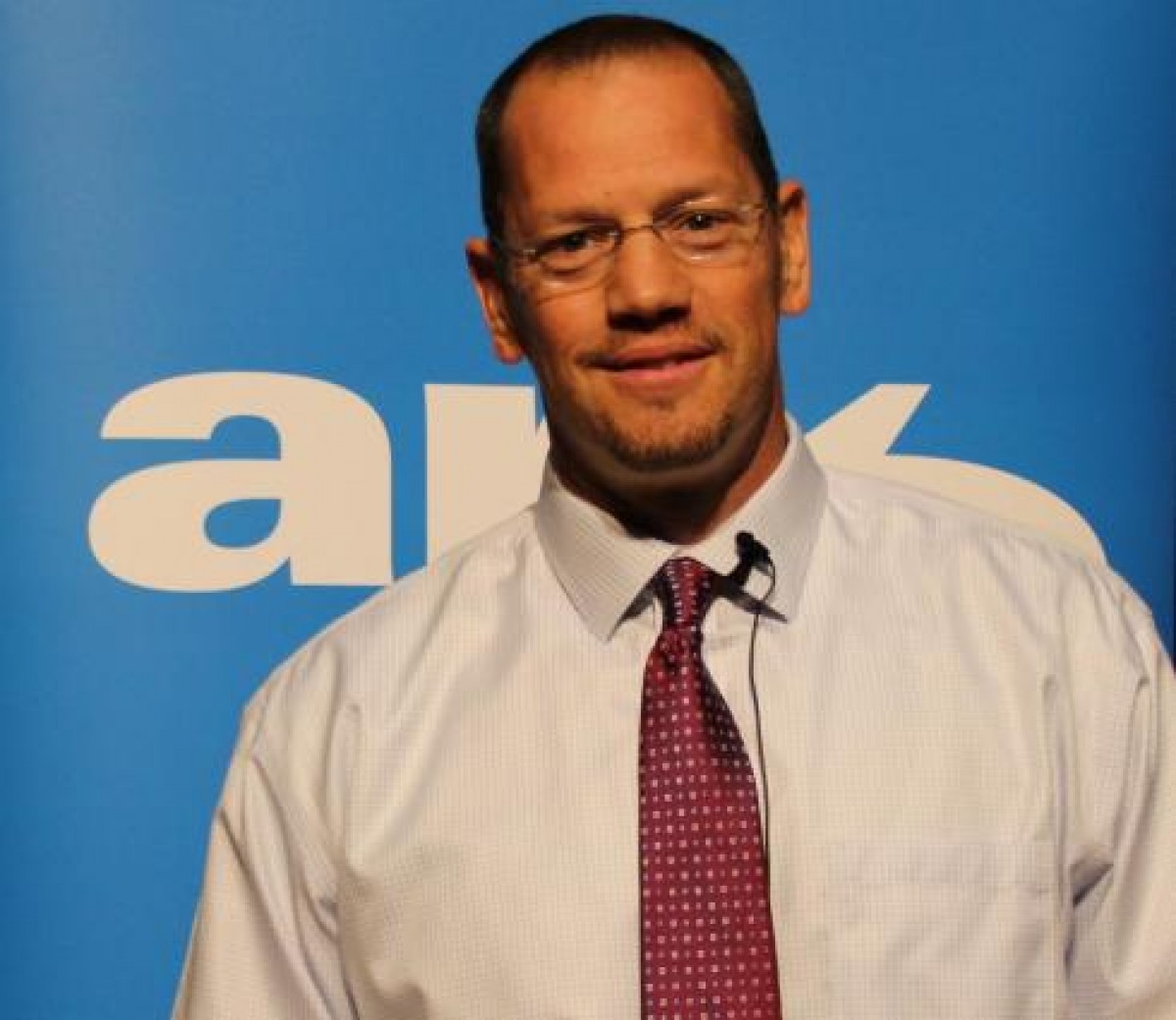 Doug Lemov, educationalist, Managing Director of Uncommon Schools and author of Teach Like a Champion led the latest Reflections on Leadership lecture for Ark at Walworth Academy in South East London on 23 September.  This lecture series is aimed at Ark staff and gives them an opportunity to hear successful leaders from the fields of business, politics and the public sector to explain how they have dealt with challenges of leadership.

Building a culture where it’s safe to make mistakes

“The job of a leader is not to get it right all the time, it’s to fix it fast and make it better when you are wrong,” said Doug Lemov as he began his lecture.  “It’s important to talk about mistakes because they are so implicit in leadership.”   He reflected candidly on his own personal experiences of leadership, mistakes, lessons learned and how important it is to admit when you are wrong so you can learn from it and get better outcomes and growth.

Doug stressed the importance of creating a culture that makes it safe to be wrong for students.  If they’re afraid to show us their errors it can take ten times more work to discover what they don’t understand.  The same applies for adults:   “It’s important and exciting that people love the learning and the struggle – it’s great that they are willing to get better and they enjoy the journey.”

The challenges of being promoted into leadership roles and realising that you can’t do everything and that you have to work smarter not harder were discussed.  “There are so many things you need to do well to run a school, they have to be run by teams and you only get that by delegating.”  He recalled the first leadership team he built and questioning why they were working so hard for his school and then realising “They are not working hard for my school - they believe it’s their school.”  He then locked onto the notion that it was because they had participated in designing and execution of ideas and taken ownership in them – they were invested.  This was one of things he endeavoured to replicate when Uncommon Schools started to run schools at scale.

Humility and strength are the core of leadership

Doug shared a West African symbol which stands for ‘humility and strength’ and shared how he was inspired by these two characteristics working together.  “For me, humility and strength are the core of leadership.   The humility of knowing that I’m sometimes getting it wrong and yet having the strength to say there are things that we believe in and we have to take the risk of trying them in different ways to be more successful.” He emphasised there are two things you need to have in a great organisation – the ability to express humility and the strength and the toughness that you have to have to do our work.

School culture – for the love of kids

“One of our biggest learning processes is about managing classrooms and school culture out of love because what kids can do is to fear what can go wrong.  When you are in a school that is unsuccessful it’s very easy to manage through fear.”

He talked about the current challenges being faced at Uncommon Schools e.g. raising the bar on reading and rigorous study of what makes other schools better than them. After a thought-provoking lecture, the audience raised questions around the use of diagnostics, accountability and feedback. 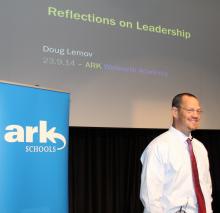 Doug Lemov has spent several weeks in the UK participating in a series speaking events and for training sessions across the country for ARK Schools.  He has been impressed with what he has witnessed across the network and commented:  “It’s fascinating for me to see the work at ARK Schools because they are so incredibly successful.  At Uncommon, we are slightly different but much aligned.  What I’ve found really inspirational is the broader focus on music, science, history and the arts with the same level of rigour and expectation they have for reading and maths.  I was also impressed with schools like King Solomon Academy in Westminster around reading and performing Shakespeare and their orchestra performing a piece of symphonic music of significance and I think we have a lot to learn.”