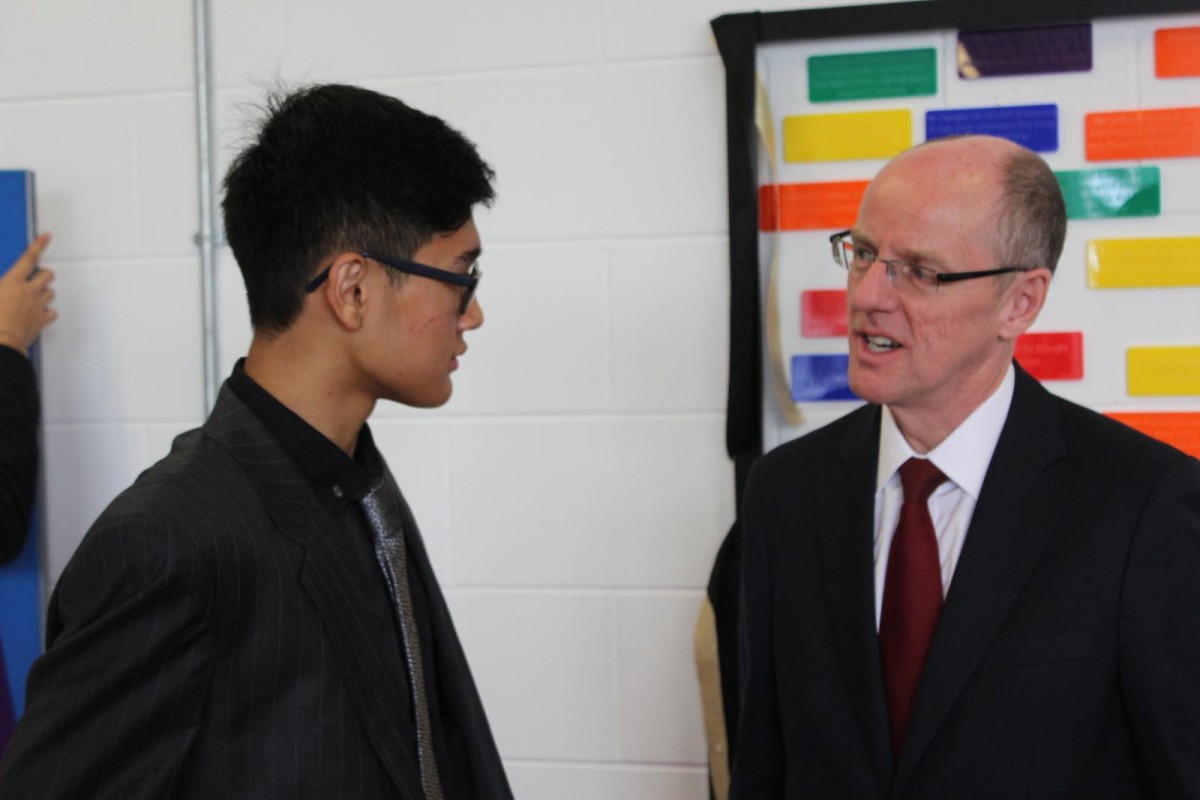 The education minister, Nick Gibb MP, has praised Ark’s schools and staff in a speech to international educational experts.

The schools minister told delegates at the OECD’s inaugural Education Policy Outlook Conference that King Solomon Academy’s “excellent results” showed “that with the right methods, the background of a child is, and should be, no barrier to achievement”.

Last summer, King Solomon Academy’s students achieved some of the best GCSE results in the country with 93% of students gaining 5 or more GCSEs at grades A* to C, including English and Maths.

Mr Gibb also quoted Ark’s Research and Development Manager, Daisy Christodoulou, saying that her work “captures the position we should all subscribe to: ‘To be an active citizen… of a democratic society you have to know about history, the world, sciences, the arts. You have to know about things that most people do not bring to the classroom and which they cannot pick up through experience.’”

Mr Gibb also emphasised the importance of education to providing a stronger economy, saying: “Better schools are the single greatest step we can take towards an economy which is more productive, creates more jobs, and which equips young people with the knowledge they need to succeed in modern Britain.”

This is not the first time that the minister has singled out the Ark network for commendation; writing in the Independent this month, he said that Ark Conway Primary Academy’s 100% phonics check pass rate in 2014 “is testament to its rigorous approach to phonics”.