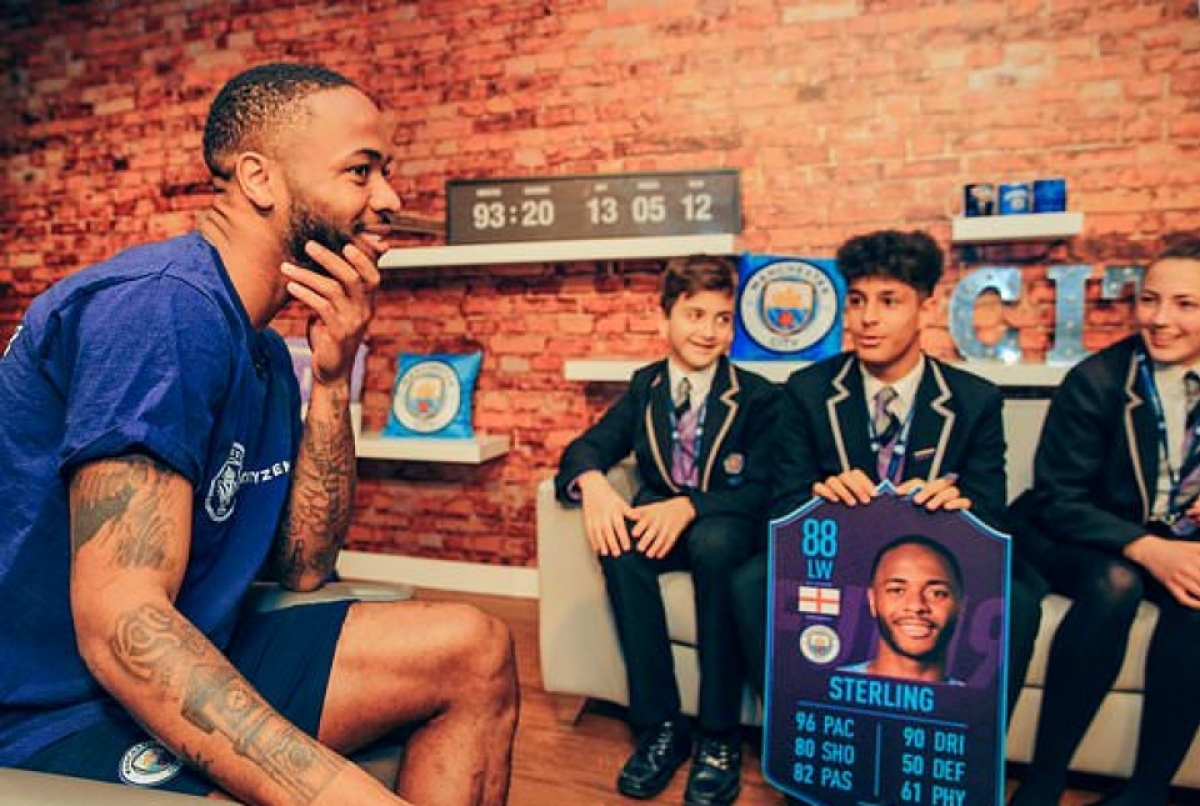 Manchester City and England international star footballer Raheem Sterling has arranged for 550 pupils from his old school in north London to attend the FA Cup semi-final between his side and Brighton at Wembley Stadium this weekend.

Students from Ark Elvin Academy in Wembley also got the opportunity to meet Sterling and thank him in person at City's training complex in Manchester on Thursday.

Sterling, 24, was raised near the school after moving from Jamaica aged five and attended Copland Community School, which closed and re-opened as Ark Elvin in 2014. The story of Mr Sterling's gift to the students at Elvin has made international headlines. 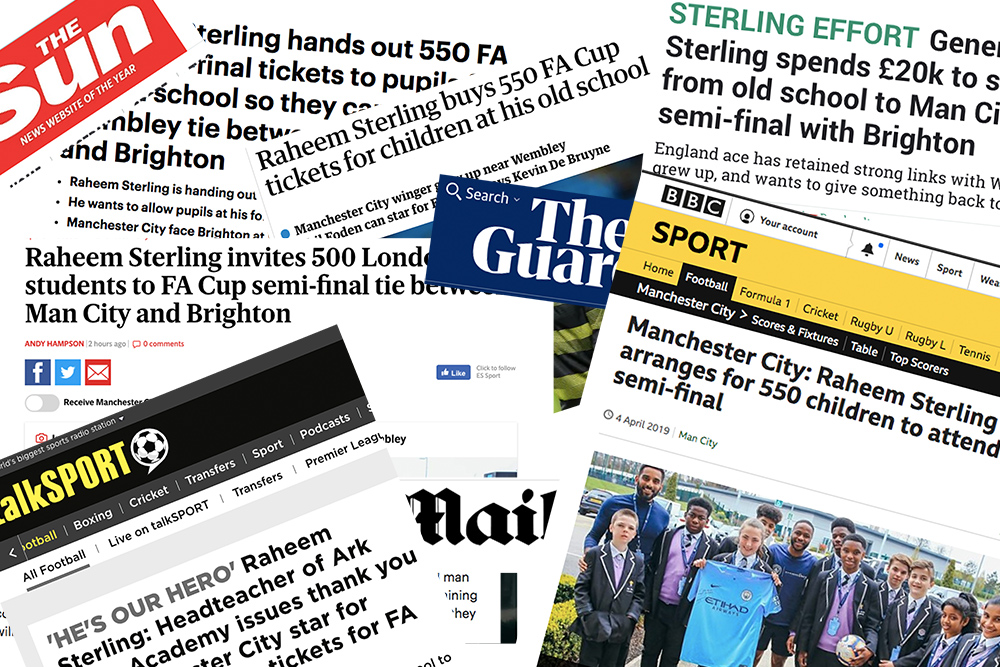 "It is great to be able to give these students the chance to watch a game at Wembley," Sterling said. "I grew up right next door to the stadium and would dream of one day playing in a cup final or even representing my country there. This is a great opportunity to give back to the community that helped me get to where I am."

Jubil Kunnassery, Head of PE at Ark Elvin Academy: “We would like to say a huge thank you to Manchester City and Raheem Sterling for inviting us to Manchester and taking the time to meet us, answer questions and take pictures.

“All of the students were inspired by his words and we wish Manchester City and Sterling the best of luck for their game against Brighton on Saturday and the rest of the season.”

Mamadou Diallo, Year 10 student at Ark Elvin Academy: “It was an amazing experience going to Manchester City. Meeting Raheem Sterling and having the opportunity to ask him questions not only inspired but also motivated everyone in the room.

“Raheem is someone that’s just like us and went to the same school. We know that if we work hard and follow our passion, we can do anything we want."

Rebecca Curtis, Ark Elvin's Principal said: "We've been blown away by this act of generosity. It's such a special gift for our pupils. It's been delightful. He will get some loud cheers from a corner of the stadium on Saturday." 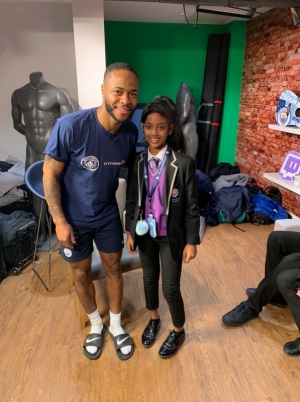 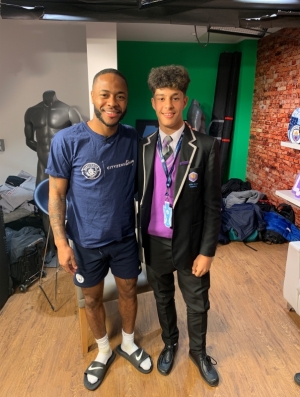 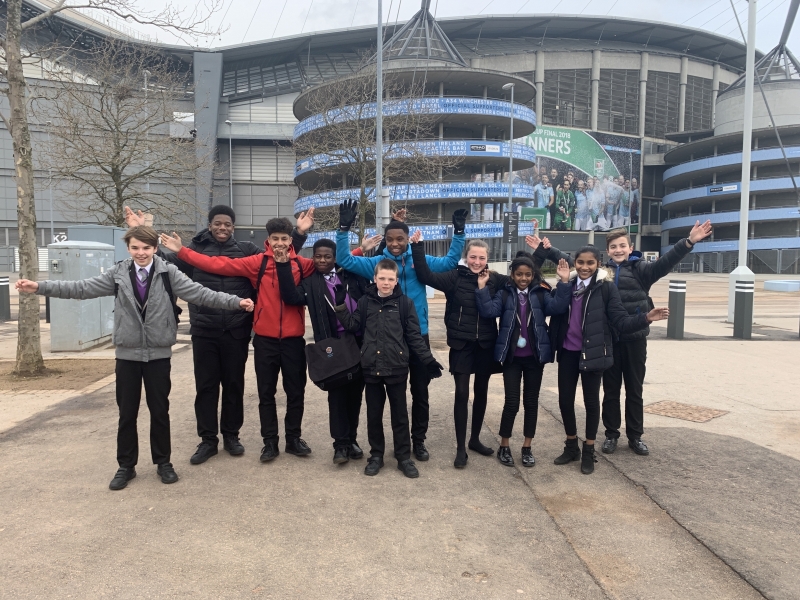 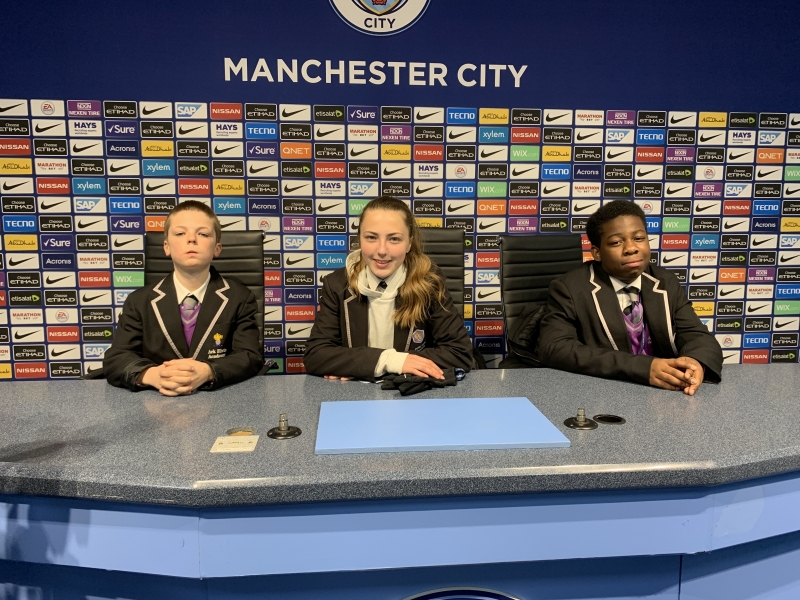