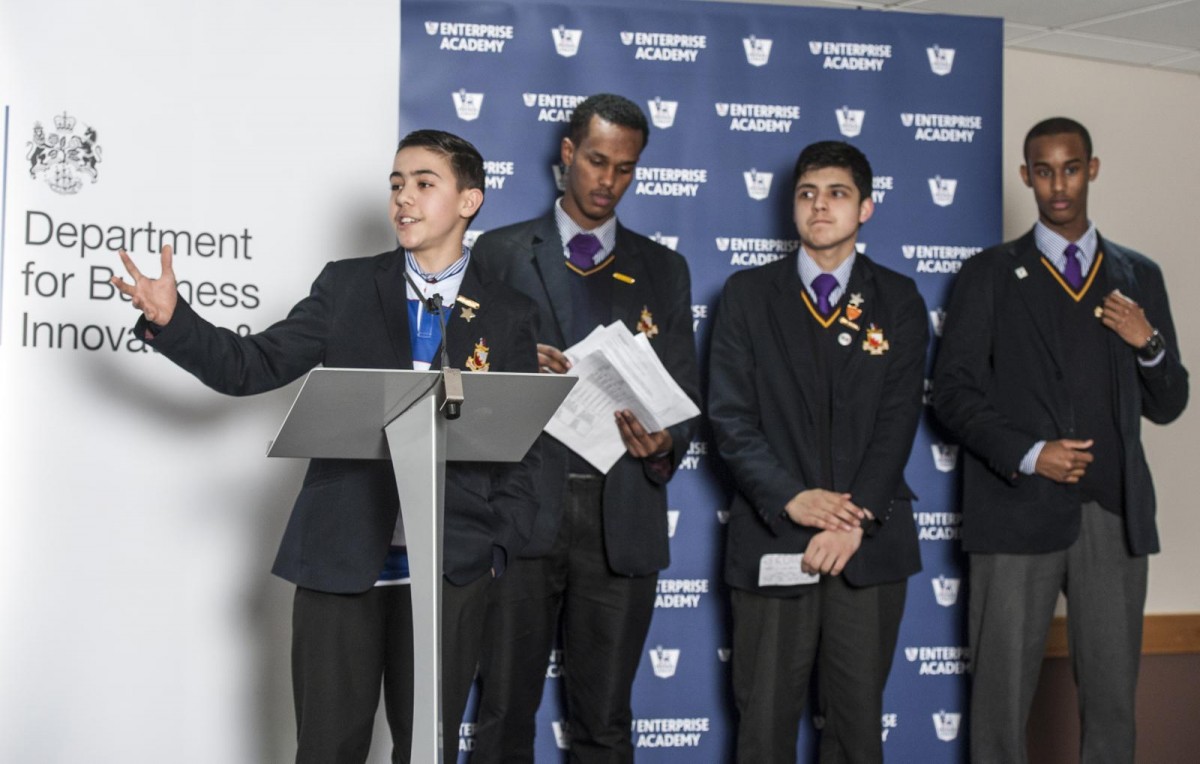 Four entrepreneurial students from Burlington Danes Academy have been putting their business credentials to the test in recent weeks, taking part in the Premier League Enterprise Challenge.

The BDA Enterprise team, consisting of year 10s Adam Woodward, Redwan Abdi, Bashir Hassan and Ali Chaudhry, first made a name for themselves at QPR’s Loftus Road in February.

For the initial phase of the nationwide competition, which challenges students to tackle real-life business scenarios, the boys had to develop ideas for increasing the club’s revenue from the African and US markets. They secured an emphatic victory and with it a place in the semi-finals as regional champions.

For the next stage of the competition, the team travelled to the Hawthorns football ground on March 11th, where Premier League team West Bromwich Albion ply their trade.

Despite competing against primarily sixth form students, the boys managed a very impressive second place – just reward for all their hard work.

Head of Enterprise, Mr Goorah, said: “The boys were in their element, and if marks were given for charm and charisma we would have been run away winners.”

BDA Enterprise has played a significant role in many key events at the academy over the last two terms. During Black History Month, the boys helped organise the Cultural Gala – a celebration of our diversity and progressive spirit – and also dedicated a great deal of time and effort to fundraising activities over the Christmas period.