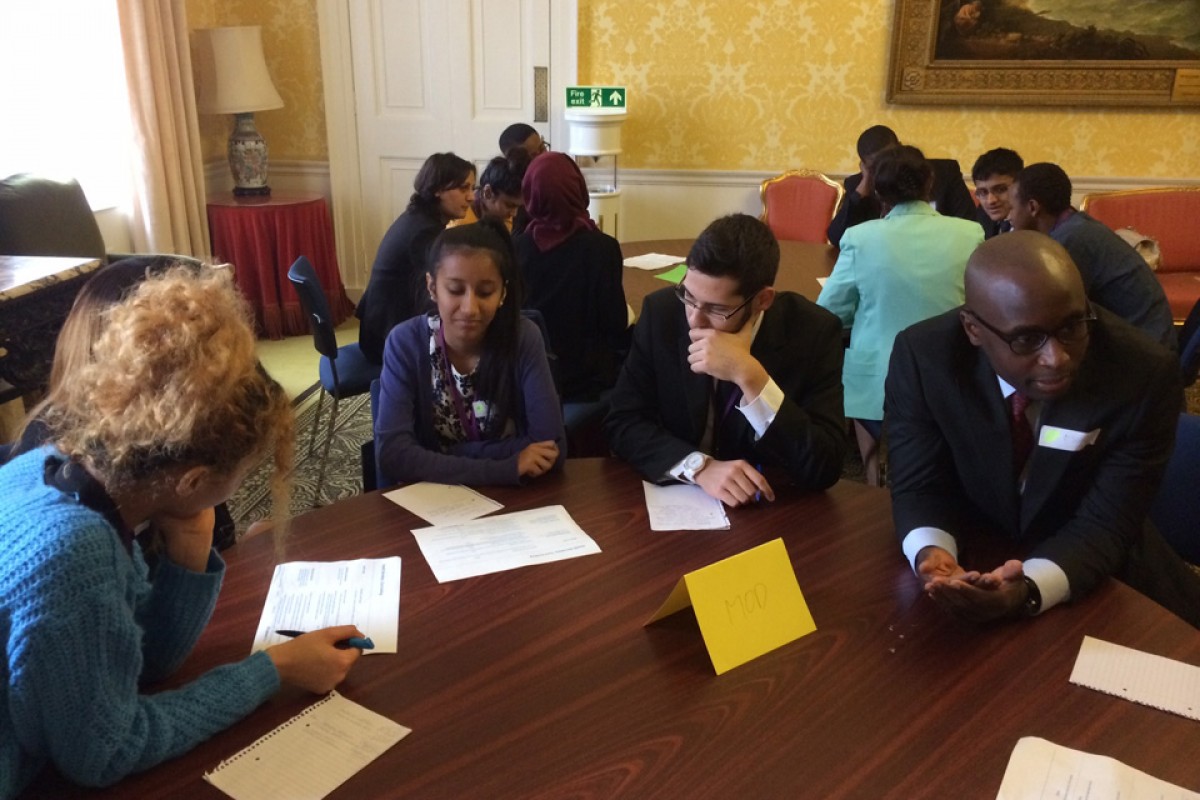 On Monday, four students from Evelyn Grace Academy spent the day as civil servants learning about government departments and how they set their annual budgets.

The Cabinet Office Spending Challenge was part of Parliament Week, a government initiative to raise political awareness and engagement by 16-25 year olds. Schools from across the country participated.

Year 12 politics students Abigail, Loretta, Loshell and Troy were tasked with representing the Department of Health and negotiating a budget that would help improve the NHS.

Before they began their monumental task, the students were given advice from several influential figures from departments such as the Ministry of Defence and the Department of Health.

The students worked hard to come up with different spending and saving plans, which they then presented to the group of students acting as the Treasury. The team successfully negotiated their proposals and achieved their baseline budget without having to compromise on the most important issues.

“We learned a lot,” said the Evelyn Grace team. “We learned how government departments tackle budgets through strict and heated negotiations and how this benefits the country as a whole.

“The overall experience made us more likely to vote when we turn 18 as it gave us an insight into party policies and how they impact on voting behaviour on certain policies such as those fronted by the UK’s Department of Health.”

Alex Crossman, the group’s politics teacher said: "Opportunities like this to engage directly with government and to experience how it operates are critical to stimulating young people's development as citizens. I'm immensely proud that Abigail, Loretta, Loshell and Troy participated so enthusiastically."

The students were the only team to have had their blog about the event published by the Cabinet Office. You can read the blog here.