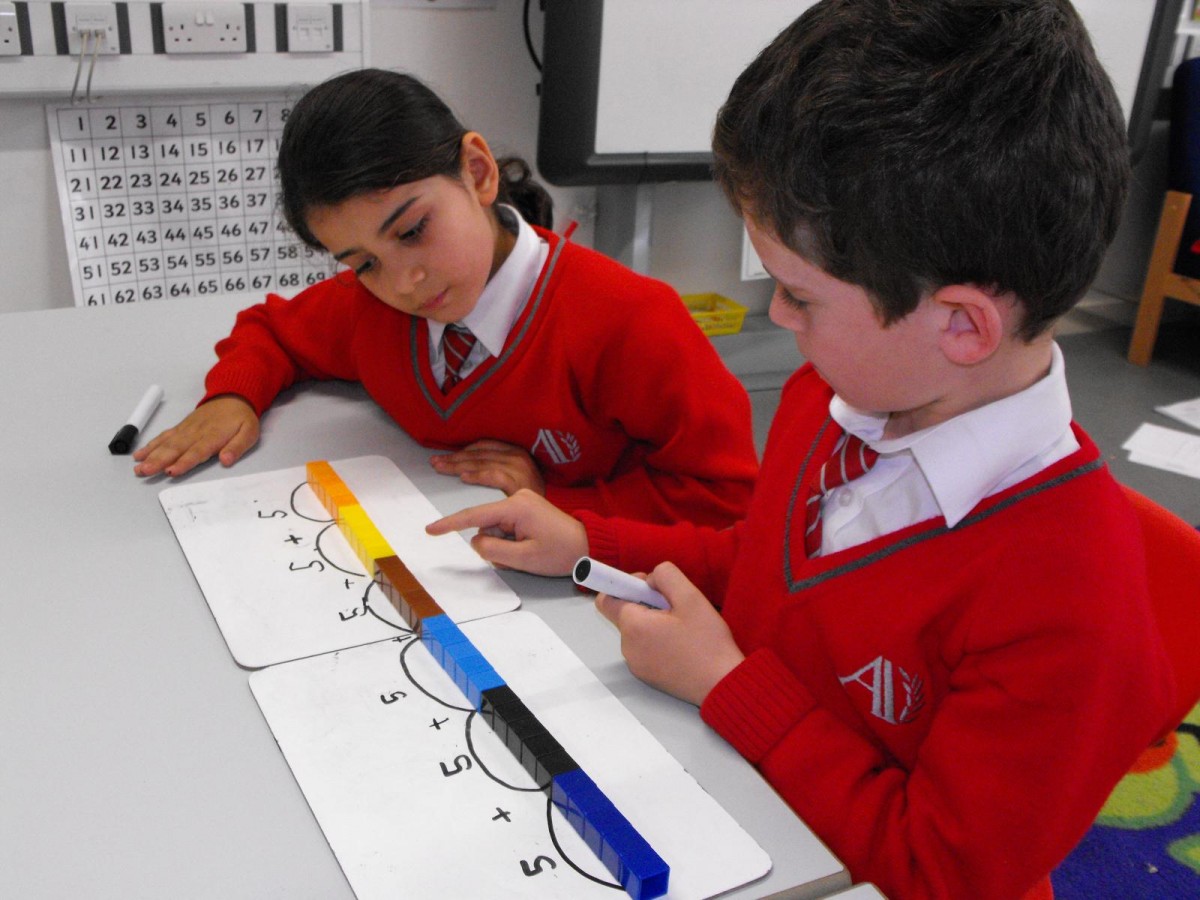 A new independent report from the independent Education Endowment Foundation (EEF) demonstrates the success of the Mathematics Mastery programme. Carried out by academics from Cambridge University and the Institute of Education, the data indicates that the programme may have the potential to halve the attainment gap with high performing countries in the far East.

The report shows that pupils who do Maths Mastery make more progress in maths than they would do otherwise. The impact of the approach is statistically significant, which according to the EEF “means that it is likely that that improvement was caused by the programme."

The average impact of the programme overall was a 1 month gain and statistically significant across primary and secondary schools.  Looking in more detail, pupils in the participating primary schools showed a 2 month gain and secondary pupils a 1 month gain, but it is important to note that these individual studies did not reach the threshold for statistical significance. It is only at the combined level across 127 schools and 10,114 pupils that there are sufficient schools and statistical power to determine an effect size of 1 month overall.

According to the OECD, by age fifteen, pupils in Singapore, Japan, South Korea and China are three years ahead of pupils in England in mathematical achievement. Maths Mastery is inspired by the techniques and strategies used in these countries.

Because Maths Mastery is a whole school programme of training and a cumulative curriculum, rather than a catch-up intervention, we expect this to be a sustained impact.  A longer follow-up study will be needed to investigate this.

Operating in schools across the country and not just in the Ark network, there are currently 192 Mathematics Mastery partner schools, reaching 34,800 pupils. The study was carried out in 127 primary and secondary schools, testing over 10,000 pupils in both Year 1 and Year 7.

The report also concluded that the programme is good value for money: “given the low per-pupil cost, Mathematics Mastery may represent a cost-effective change for schools to consider.”  While these results are promising, Mathematics Mastery are looking forward to doing a follow-up study in several years time to test the long term impact.

Ark Conway Primary follows the Mathematics Mastery approach – and this year achieved the best key stage 1 maths results in England with 100% of their pupils reaching level 3.

Helen Drury, Director of Mathematics Mastery, said:  “We are really pleased that Mathematics Mastery has had an improvement in the short-term, but our aim is a long term solution to closing the gap between schools in England and other higher performing jurisdictions. We want kids to be not just at higher levels, but real mathematicians.”