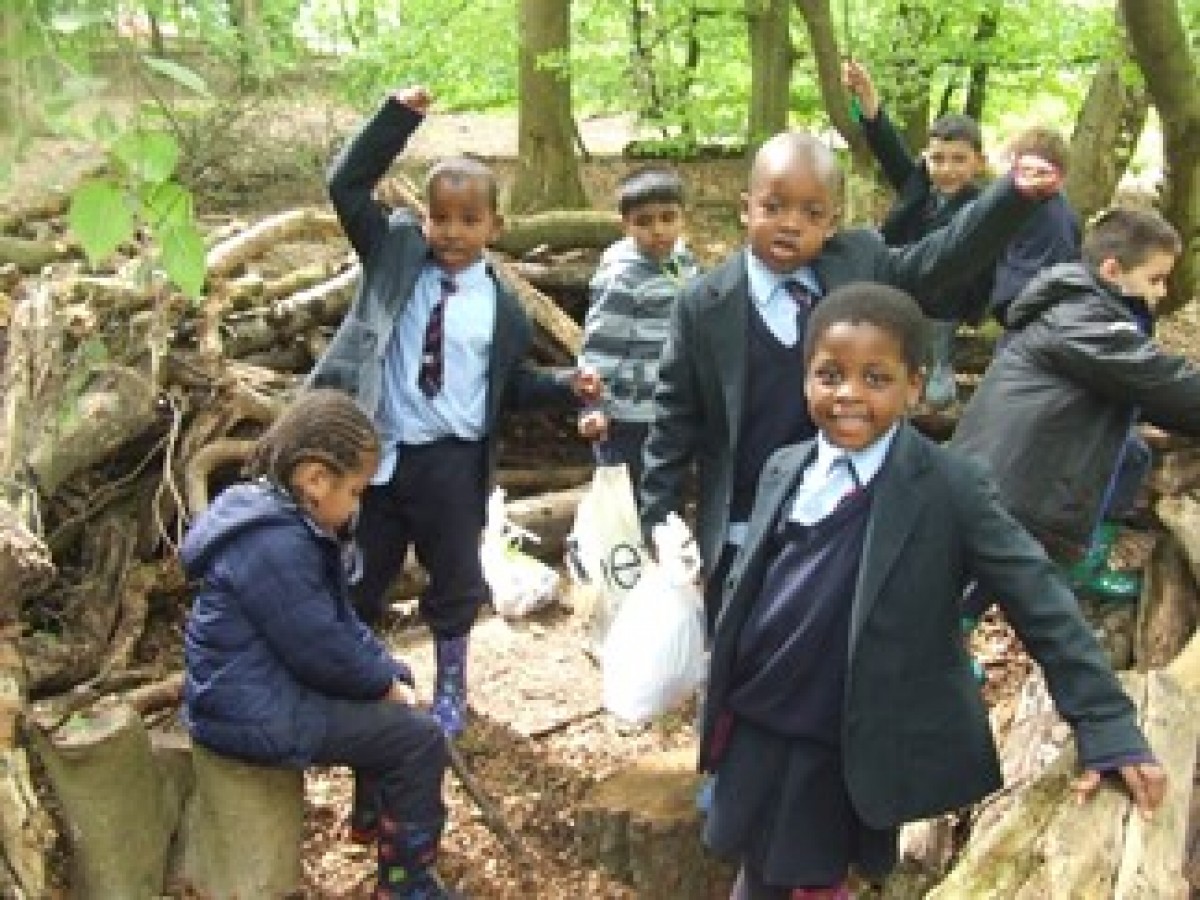 An inspiring teaching assistant from Ark Blacklands Primary Academy has said he is “overwhelmed” after being awarded one of the country’s top teaching awards.

James Havbro was presented with a Silver Pearson Teaching Award by the Deputy Mayor of Hastings, Councillor Judy Rogers, on Friday afternoon.

The award means that James is now in the running for a Gold Pearson Award – often called ‘The Oscars of Teaching’ – and will be invited to a celebratory tea at the House of Commons alongside some of the country’s top teachers.

James received the award on Thank a Teacher Day, supported by Pearson Education, during which children across the country are encouraged to recognise the work of teachers.

James, who runs an outdoor learning centre at Ark Blacklands Primary Academy, was nominated by the school for his outstanding contribution to children’s engagement and learning, including work with children who have difficult behaviour or at risk of exclusion.

James has also voluntarily worked weekends and during the summer holidays to build a greenhouse at Ark Blacklands.  The greenhouse, which was recently completed, will soon be supplying the school’s kitchen with fresh produce grown by the children.

James is now set to attend the Pearson Awards’ star-studded UK final to be held at the Royal Opera House, Covent Garden, in October 2015 which is filmed and broadcast by the BBC.

James said: “I would like to thank all of the team at Ark Blacklands for their ongoing support in the garden project. I am overwhelmed to have been picked out from so many entries and hope all the children at our school enjoy many opportunities to use our garden to enrich their learning experience.”

“Now to get that food out of the ground and into our school dinners!”

Ark Blacklands Academy Headteacher Lorraine Clarke said: “The whole school is delighted that James’ outstanding work has been recognised by such a prestigious teaching institution as the Pearson Teaching Awards.

“James’ outdoor learning centre been a huge success and a great way of helping those who struggle in the classroom – and his new greenhouse has already become a big part of the school.”