Introducing Ark Victoria, the latest addition to the network in Birmingham 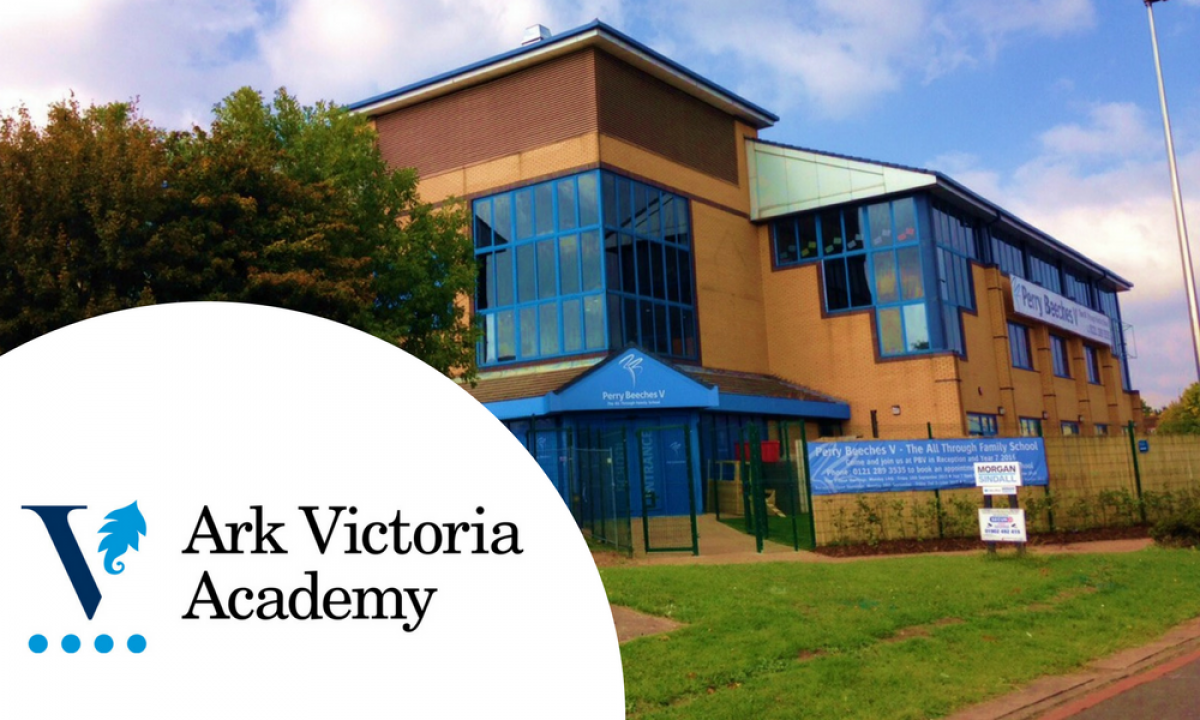 The name Ark Victoria was chosen by the headteachers because of its proximity to Small Heath Park, visited by Queen Victoria in 1887 where she was greeted by thousands of school children.

Gail Peyton, Ark’s Regional Director of Primary Education in Birmingham, said, "I have been working alongside the headteachers, staff and trustees at Perry Beeches V for several months and have been particularly impressed with their integrity and commitment to the pupils and families that they serve.  They have remained focussed on the pupils’ education and have worked together with us to ensure that the transition to Ark is smooth.

We are delighted that Perry Beeches V will be joining our family of schools in March and we look forward to continuing to provide a high quality all-through education for the families of Small Heath."

Like the predecessor school, Ark Victoria will remain non-selective, non-denominational and mixed. Current pupils and staff will automatically transfer to the new school on 1 March 2018.

Ark has also today begun a consultation to amalgamate Perry Beeches V with its neighbouring school, Ark Chamberlain Primary Academy, to create a four form-entry, all-through school serving the families of Small Heath. If approved, the schools will amalgamate on 1 September 2018 under the name Ark Victoria Academy.

Today, the winners of the Ark Sports Day Challenge were announced. In total, 3,805 people across the network took part and completed a fantastic 195,027 km.

Schools from across the Ark network have created a music video featuring students and alumni to celebrate the end of the school year and showcases the joy and creativity of Soca music.

Ark is organising a different type of sports day this year, the Ark Sports Day Challenge. The Coronavirus pandemic has meant children will miss out on their traditional school sports day, so instead, Ark has decided to stage a virtual version.

Kate Magliocco has been appointed as Regional Director at Ark for London and Portsmouth primary schools and will start in September.

Ark Alexandra has appointed Liam Collins as its new Principal, and he will take up his new role in September.