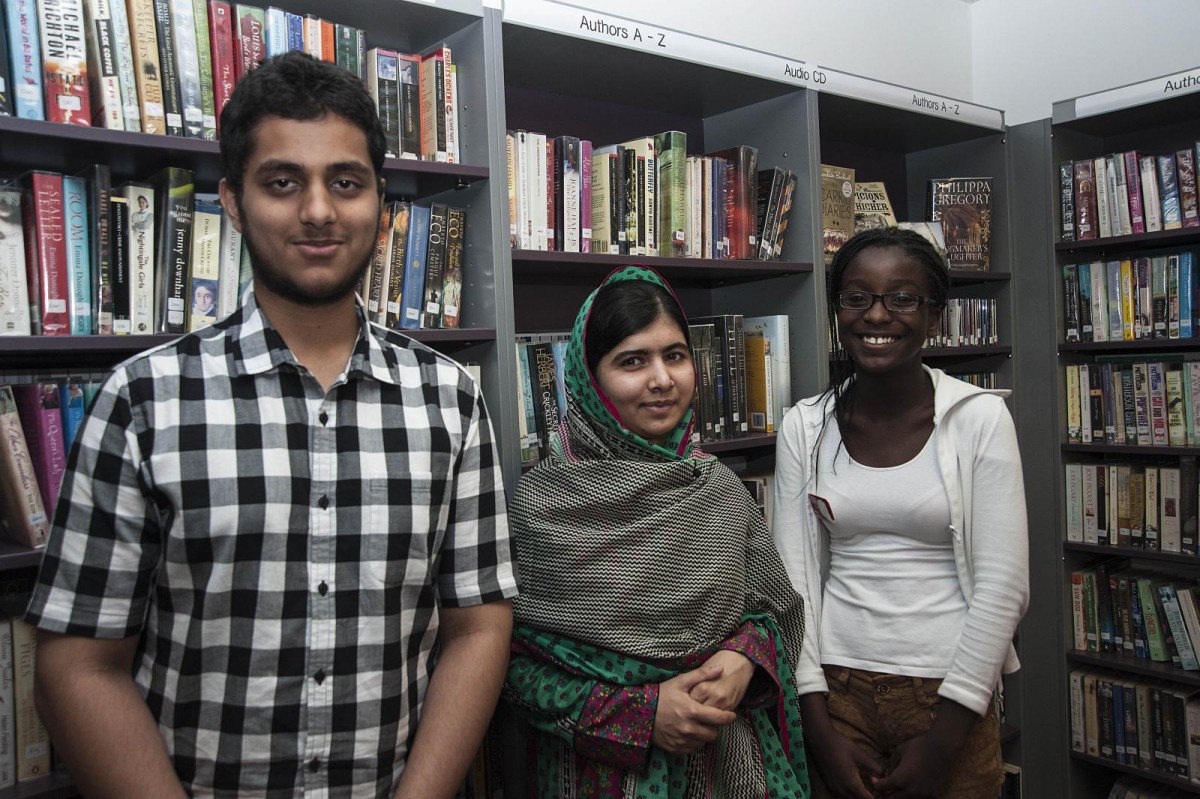 Students from ARK Kings Academy in Birmingham interviewed Malala Yousafzai as part of the BBC School Report project. Their interview was broadcast on BBC Breakfast this morning.

Sufyan and Makalia asked about her role models and the future of education, as well as how Malala manages to balance studying for her GCSEs with her commitments outside school.

They also asked about her book, I am Malala, which has just been rewritten for young people. Malala explained that she wants young people to be able to appreciate the importance of education.

She also talked about getting used to the weather in Birmingham, discovering fish fingers and how little brothers are “the most difficult thing in my life.” They made loom bands together after the interview.

Makalia said: “I found the day very inspiring – she was really fun to hang out with. She has made me even more determined to go to university because she talked about children, especially girls, in her country who don’t even have the opportunity to go to high school. I always valued my education but I think this sealed it for me. I feel more confident now because Malala had to have confidence in herself, to be brave and stand up for what she believed in.”

Sufyan said: “The best part of the day was interviewing Malala and realising how normal she was. You wouldn’t expect that from someone who is on the news so much – for example, the way she talked about meeting famous people and said they’re just people. Today has taught me to remember how lucky I am to have an education.”