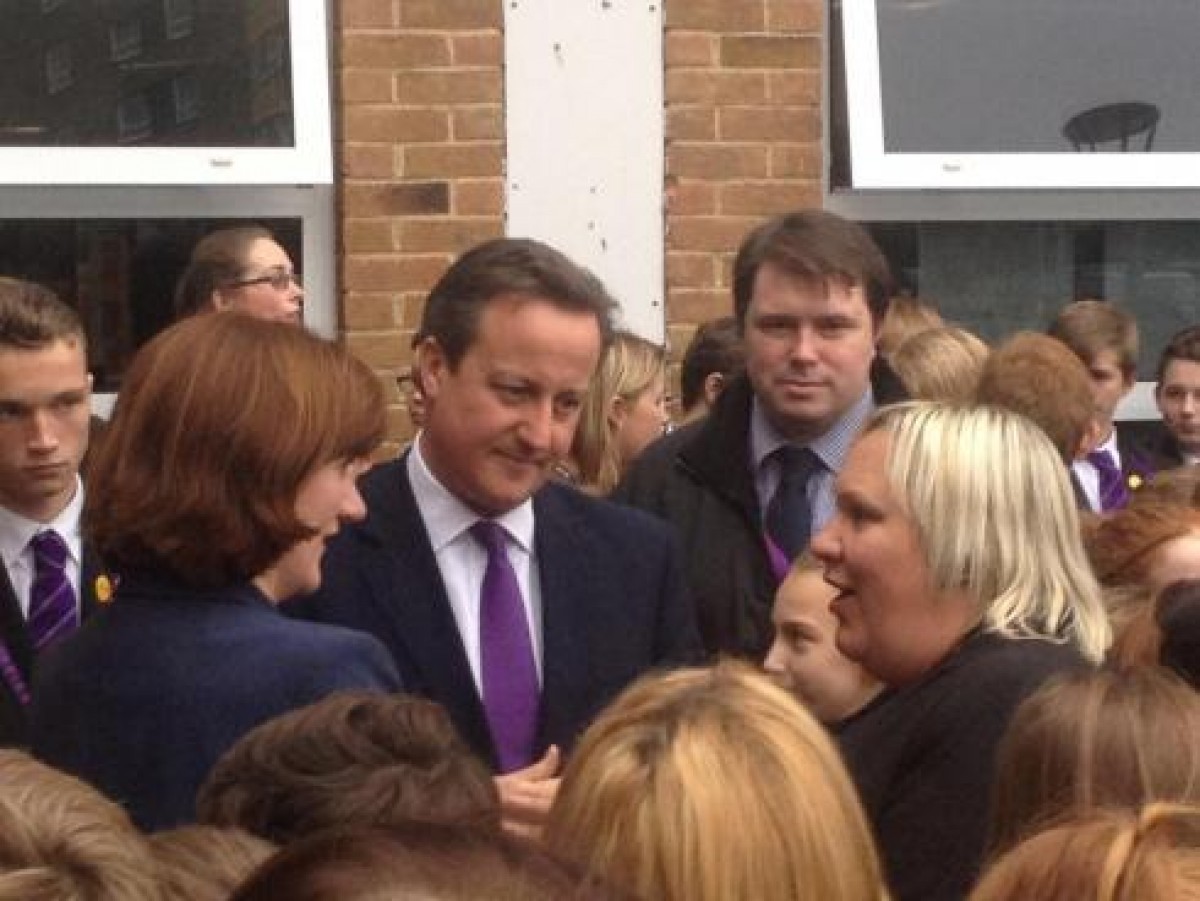 The Prime Minister hailed the success of one of the most improved schools in the country during a special visit to Charter Academy in Portsmouth.

David Cameron described his visit to the ARK school as "inspiring" during a two-hour tour of the new school building where he met the principal, Dame Sharon Hollows, along with students and staff.

Charter Academy was previously known as St Luke's when it was one of the worst schools in the country, where only 3% of pupils got 5 good GCSEs. Those results have been transformed since becoming an ARK school, with 79% of pupils getting an A*-C at GCSE including English and maths this summer, well above the most recent national average.

The academy has recently launched an academic-focused sixth form which aims to send pupils to some of the country's top universities.

Mr Cameron was greeted at the school gate by the Head Girl, Brittanni Carvell, and Year 10 student George Carnell, who showed him around the academy.

He was also joined by two ministers during the visit - Education Secretary Nicky Morgan MP and business minister Matt Hancock MP, along with Donna Jones, the leader of Portsmouth Council and Portsmouth North MP, Penny Mordaunt.

After signing autographs for students in the playground, he had the chance to sit down with a number of students who have turned around their behaviour. They've done so with the help of pastoral staff who've been recruited from the Royal Navy. 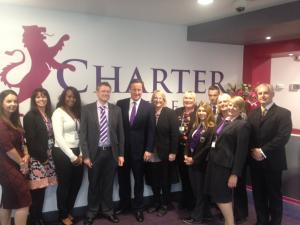 ARK schools focus on ensuring students excel at core subjects, and staff explained how they have been using the pioneering Mathematics Mastery curriculum, which is based on best practice from Singapore, as well as encouraging girls to study maths with female maths teachers acting as mentors. The school teaches at least one hour of maths every day.

Nicky Morgan, the Education Secretary,  also had a chance to visit a science lesson where pupils were studying polymers and chat to a group of Teach First teachers who told her how inspiring they found being in the classroom. One teacher, Anita, said: "I enjoy my job a lot more than my friends who work in banking and finance."

The visit coincided with an announcement of future plans to create a National Teaching Agency to encourage the best teachers to go to challenging schools and providing more powers for regional schools commissioners to turn around schools quickly.

David Cameron tweeted about his visit:

Dame Sharon Hollows said: "It was great to welcome the Prime Minister and talk to him about his plans. I hope we can identify what has worked best at Charter and help other schools to succeed."

The Prime Minister even joked as he was leaving that he would like to have a poster above his desk in Downing Street with the Charter Academy motto - "work hard, be nice, no excuses."