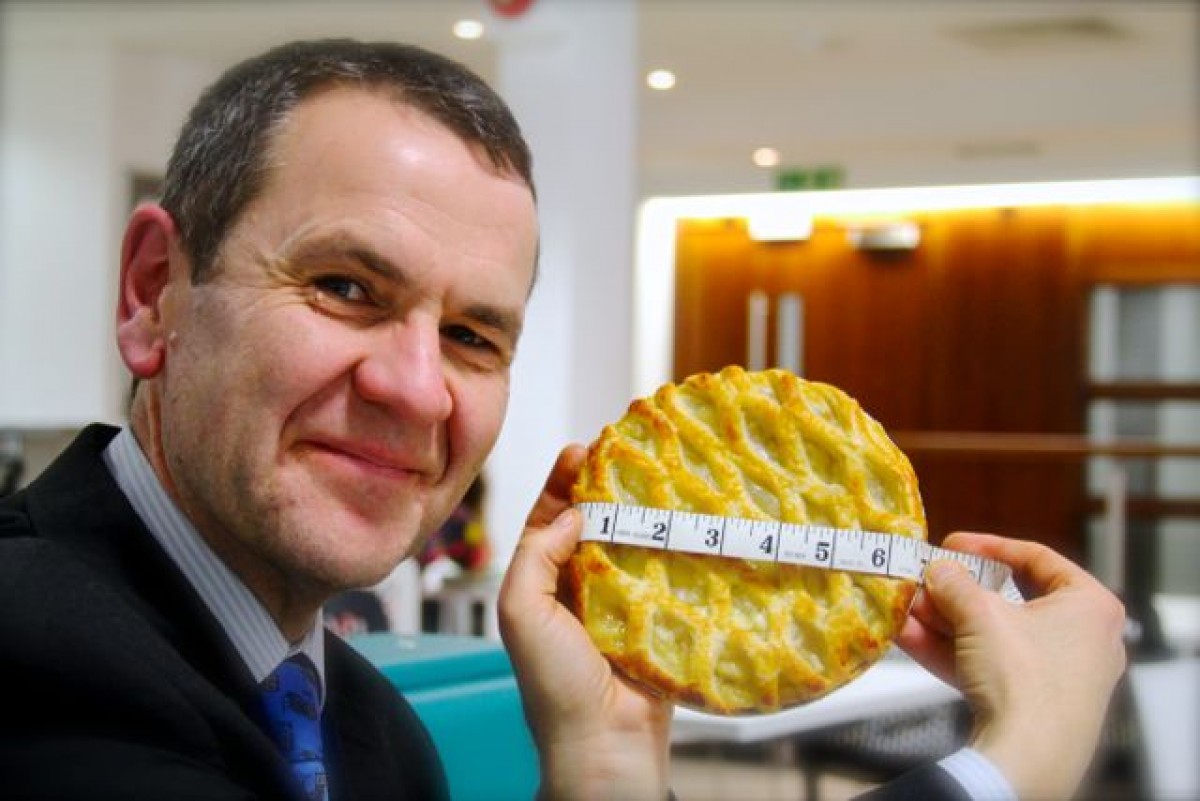 “Maths can be fun,” says Ian Davies, holding an empty pint glass. Ian is the Director of Curriculum for the Mathematics Mastery programme. He’s on a mission to change the way people learn about maths. “Quite often people think maths is a scary, horrible subject, because they’ve haven’t been given a good understanding of it. Pi day is a chance to celebrate some of the fun things about maths.”

Tomorrow, the 14th of March, will be World Pi Day and Ian will be busier than usual. In addition to his regular workload, he'll be active on Twitter-  posting Pi facts and visual ‘dingbat’ maths puzzles. He’s not above sharing a Pi-related joke: “Which of King Arthur’s Knights created the round table?” he asks. “Sir Cumference.”

But it’s the pint glass that he carries with him that best illustrates how Ian approaches teaching maths. He asks: “How tall would you estimate this glass to be?” He uses a tape measure to show that it’s 18 centimetres high. “Now can you guess how long it is around the top of the glass?” Again, his tape measure comes out, but this time the answer is surprising. The circumference of the top of the glass is 25 centimetres- far longer than the height of the glass. 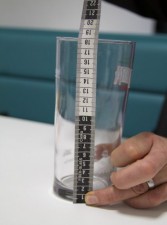 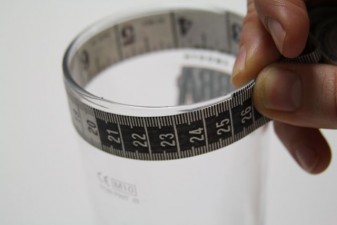 “Although I’ve won many a pint pointing this out, this isn’t an illusion,” he says, “it’s maths.”   He explains that you can figure out the circumference of any circle, including pint glasses by measuring the distance across a circles widest point and multiplying by Pi, a constant value of 3.14.  “Pi is simply the ratio of the distance across the top of the pint glass compared to the circumference. It’s always going to be 3.1415 et cetera.”

Ian has been teaching maths for nearly 30 years, and during that time he has become an evangelist for finding new and interesting ways to share mathematical knowledge. “In countries like Singapore that excel at maths, nobody walks around saying, ‘I’m terrible at maths,’ the way people quite proudly will in the UK.  And I think that’s because here we’ve often been taught maths in an unpractical and very abstract way.”

Ian illustrates his point again, this time with pen and paper. “For example, look at the symbol we use for the number five…why should “5” mean five?  In Roman times a “V” symbol meant five and if you look at the Punjabi symbol for five, it looks like our symbol for number four. These are just abstract symbols. But five cubes or five dots on a piece of paper actually mean something to people. Maths is all about making connections.  When you first learn to count, you don’t count with abstract numbers, you count your steps or your fingers. Ark’s Maths Mastery programme takes that concrete approach into the classroom, not just in primary schools, but secondary as well. It’s not just a curriculum, it’s also training for teachers and collaboration tools and exercises.”

Mathematics Mastery is open to Pi-loving primary and secondary schools in the UK. Find out more.

University graduates or career switchers interested in teaching maths (or other subjects) can apply to join the Ark Teacher Training programme.