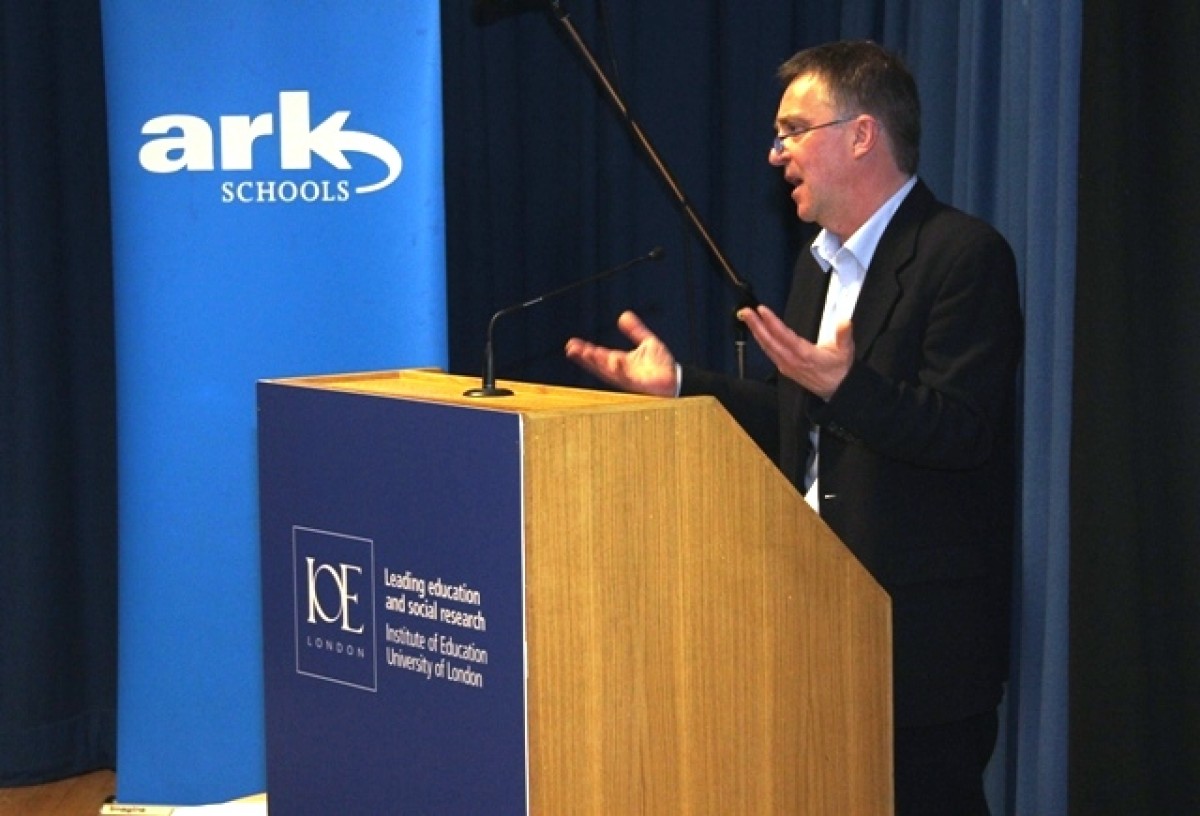 John McCarthy, journalist, writer and broadcaster, took to the stage before an audience of ARK Schools’ head teachers and senior leadership teams in the second of our Reflections on Leadership series. For over an hour, he held the audience’s full attention as he discussed the values and qualities that helped him to survive more than five years in captivity, following his kidnapping by Islamic Jihad in Lebanon in 1986.

“My first reaction was what a great story teller John is,” said Alison Downey, the Vice Principal of Burlington Danes Academy. “Without even attempting to frame his experience in an educational context, there were clear parallels in terms of the leadership skills he demonstrated during his captivity and those required to run an outstanding school. When exploring his relationship with Brian Keenan, his fellow hostage, John touched on the value of diversity, indicating that despite different backgrounds and experiences, we can all share the same values. This certainly can be applied to the leadership of a school, which works best when people respect each other’s views and perspectives, while working together to secure common goals.”

“I think that my experience not only put me in touch with the idea of what it might be like to suffer in another environment, but also the need to be really honest and to stand by what you believe in- not to be a bystander all the time.” John McCarthy

John also spoke about the importance of being heard and believed in helping people to come to terms with their experiences. “The most important thing that helped me to overcome my experience was my story being given utter credence,” he said. “I was treated literally as a hero. Nobody ever doubted my word. I know children and women whose traumatic experiences didn’t happen thousands of miles away but here at home, who are not treated as heroes. They haven’t been encouraged by society to tell their story. If you give credence to people’s story and give them the space to tell it - that has to be the way forward.“

“I thought the John McCarthy lecture was an inspiring insight into trauma and the capacity of the human spirit,” said Mark Gregory, a teacher at St. Alban’s Academy. “It left me pondering not only those lessons applicable to working with traumatised and vulnerable young people, but also deeper philosophical ideas about how we create complex realities through language in even the least stimulating and, frankly, terrible of environments.”

John’s lecture took place at the Institute of Education on 18 April.