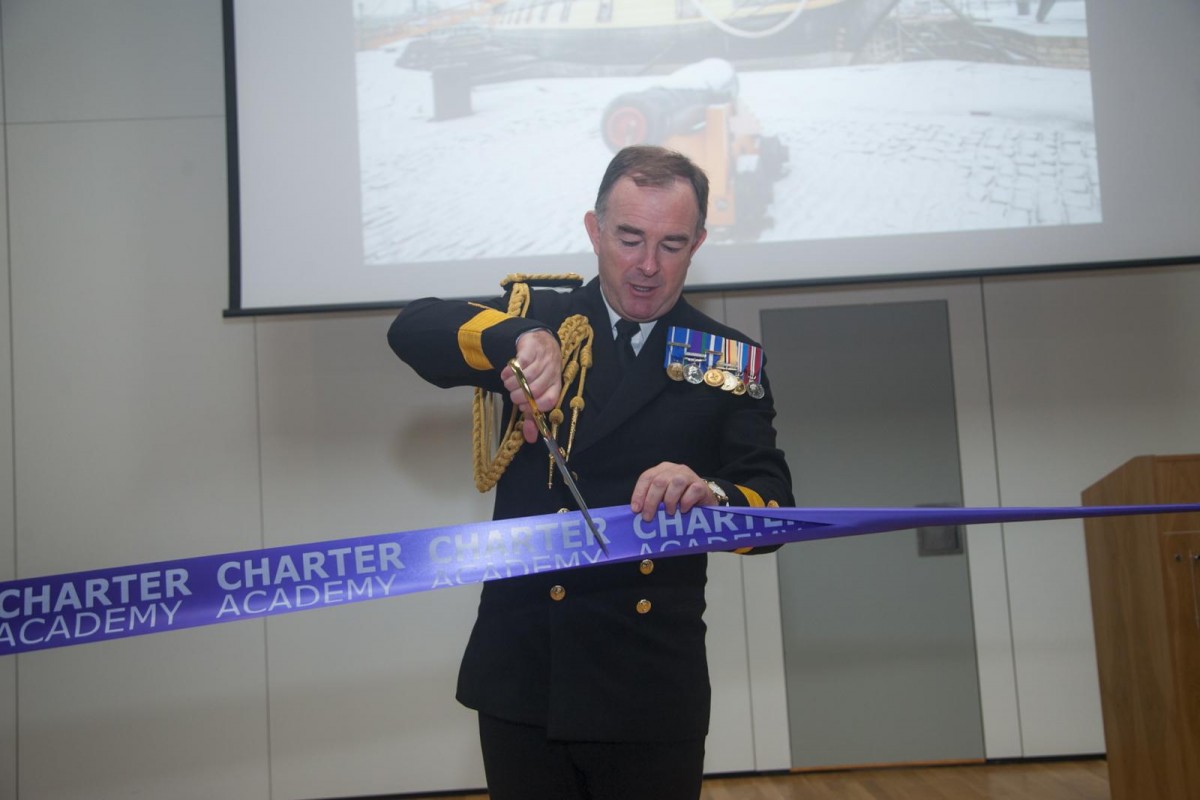 Charter Academy has opened its new state-of-the-art building in a ceremony led by a high-ranking Royal Navy officer.

The Opening Ceremony marks the culmination of eighteen months building works, providing new classrooms and facilities for students, alongside its older buildings.

Coupled with the school’s best GCSE results yet, and the best in Portsmouth, of 81% 5 A*-C (including English & maths) this new building embodies the transformation that has taken place and encourages the high aspirations of Charter students, giving them a school to be proud of.

Education is ingrained into every aspect of the building, with staircases featuring times tables and the canteen proudly displaying portraits of some of Portsmouth’s most famous residents, including Rudyard Kipling and Arthur Conan Doyle.

The ceremony was attended by around 60 VIPs, including Commodore Jeremy Rigby who officially declared the new building open. Guests were also entertained by the school’s Rock Band as they entered and treated to a performance by the Corps of Drums from the Royal Marines School of Music.

Dame Sharon Hollows, Principal of Charter Academy said: “This marks the next chapter in the life of Charter Academy, as we continue moving from strength to strength. The new building has accelerated our rate of improvement.”

Callum, Principal Head Boy, 15, said: “This is one big step forward for the school. It was nice to mark this with a formal ceremony.”

The school was recently visited by Prime Minister David Cameron, who called the school a “beacon of achievement” and said that he wanted the school’s motto – ‘Work hard, be nice, no excuses’ – above his desk at Number 10.