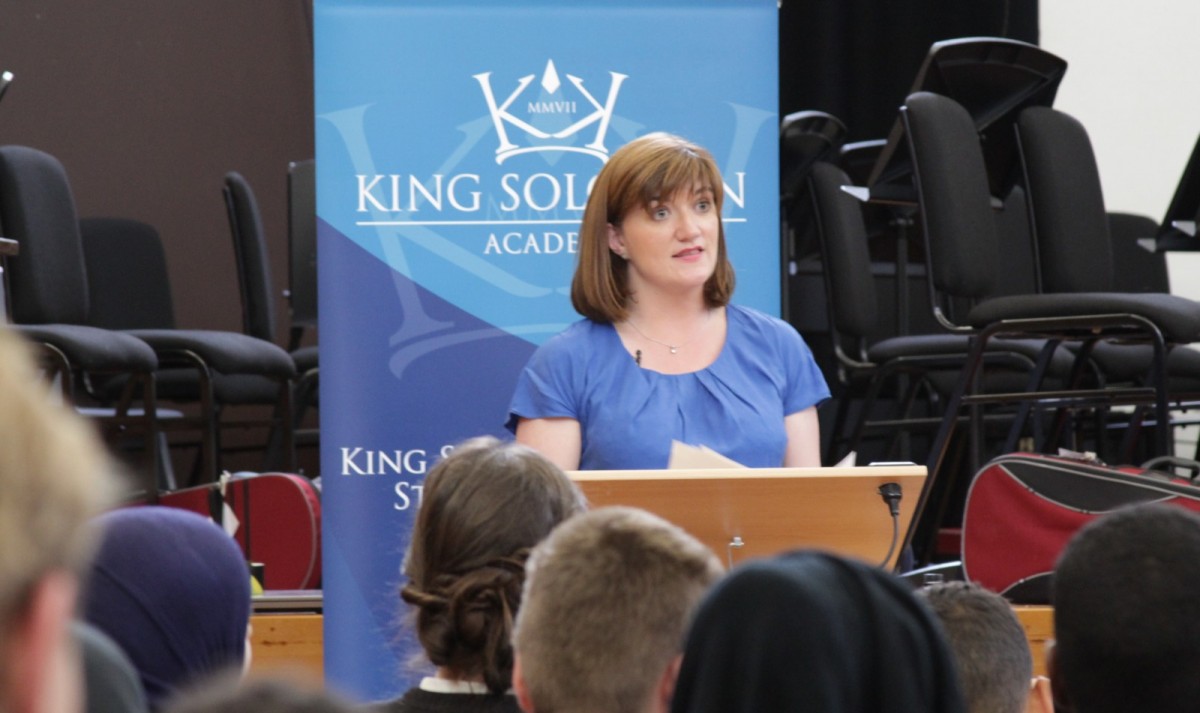 Year 7 students at King Solomon Academy got to quiz the Education Secretary Nicky Morgan during a visit to the school where she announced changes to the curriculum and new measures to tackle poor behaviour.

She praised the school as a model for others: “We are determined to make sure that the sort of excellence and high aspirations I’ve seen here this afternoon at King Solomon Academy are spread right across the country.”

In her speech she outlined her goal for pupils starting year 7 this September to study the EBacc subjects when they reach their GCSEs. King Solomon Academy last year saw 93% of pupils get 5 good GCSEs including English and maths, and 76% of pupils achieved the EBacc – more than three times the national average.

During the visit, the Education Secretary got to listen to the school’s string orchestra. Music is a particular strength of Ark schools like King Solomon, with pupils from across the network performing in an annual music gala at the Barbican Centre. 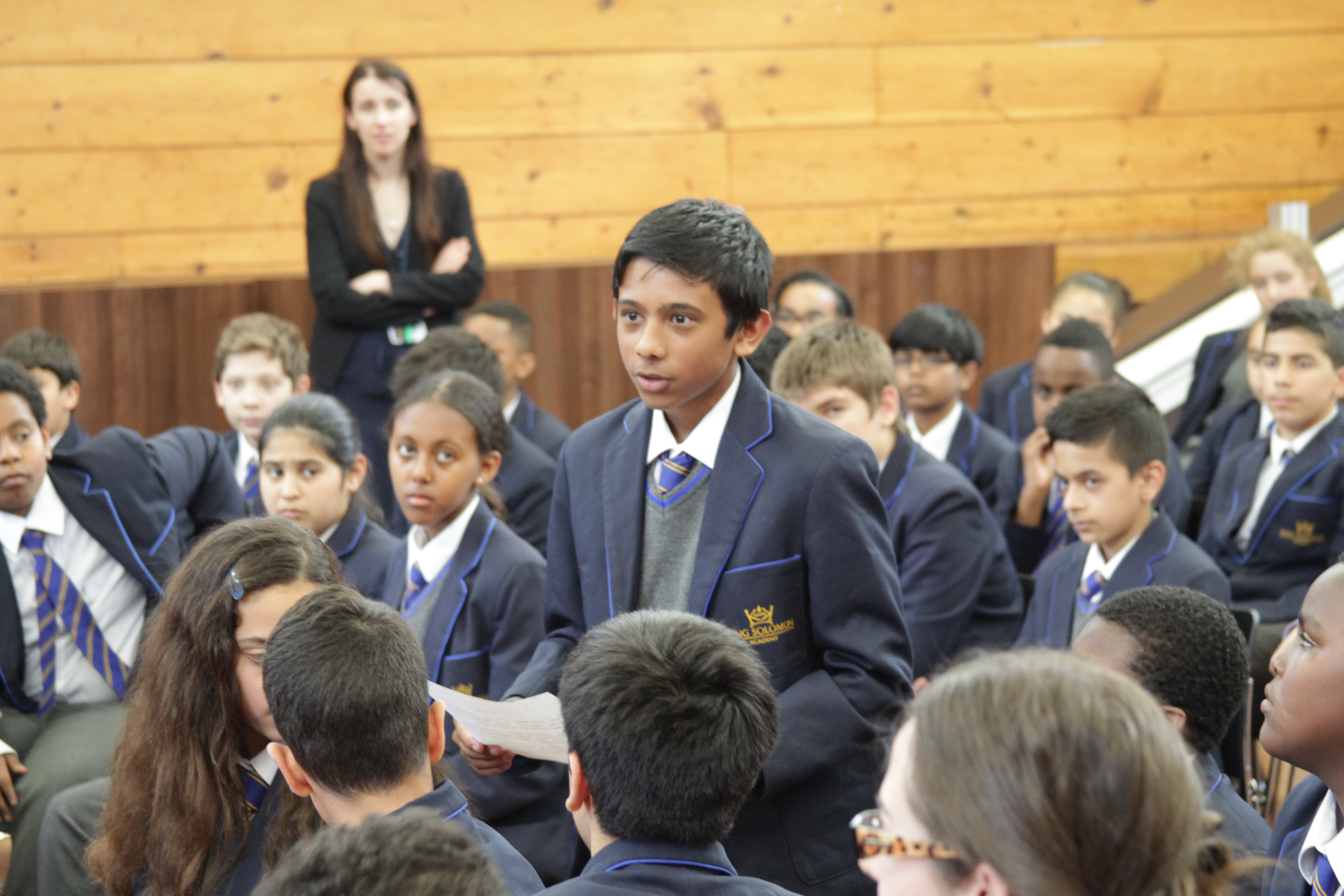 Students grilled the minister with some tough questions. Shaima Abdulkader asked: “How in particular, are you going to make education more equal for those from disadvantaged backgrounds?” The minister said that students should not accept people telling them they can’t do something, particularly certain subjects are not for girls.

In addition, the Education Secretary announced that Tom Bennett, a teacher and behaviour expert, has agreed to chair a working group to look at behaviour content in training for new teachers. She encouraged him to visit King Solomon Academy to look at some of their strengths in creating calm and orderly classrooms and corridors.

Max Haimendorf, Principal of King Solomon Academy, said:  “It was great to welcome the Secretary of State and demonstrate our vision for a fully rounded education, which includes participating in a full string orchestra, residential trips, quality work placements and performing unabridged Shakespeare plays.

“Our pupils’ achievements in these activities, alongside the core academic subjects, allow them to study from the full range of subjects at A level and keep open as many options as possible for university and beyond.”