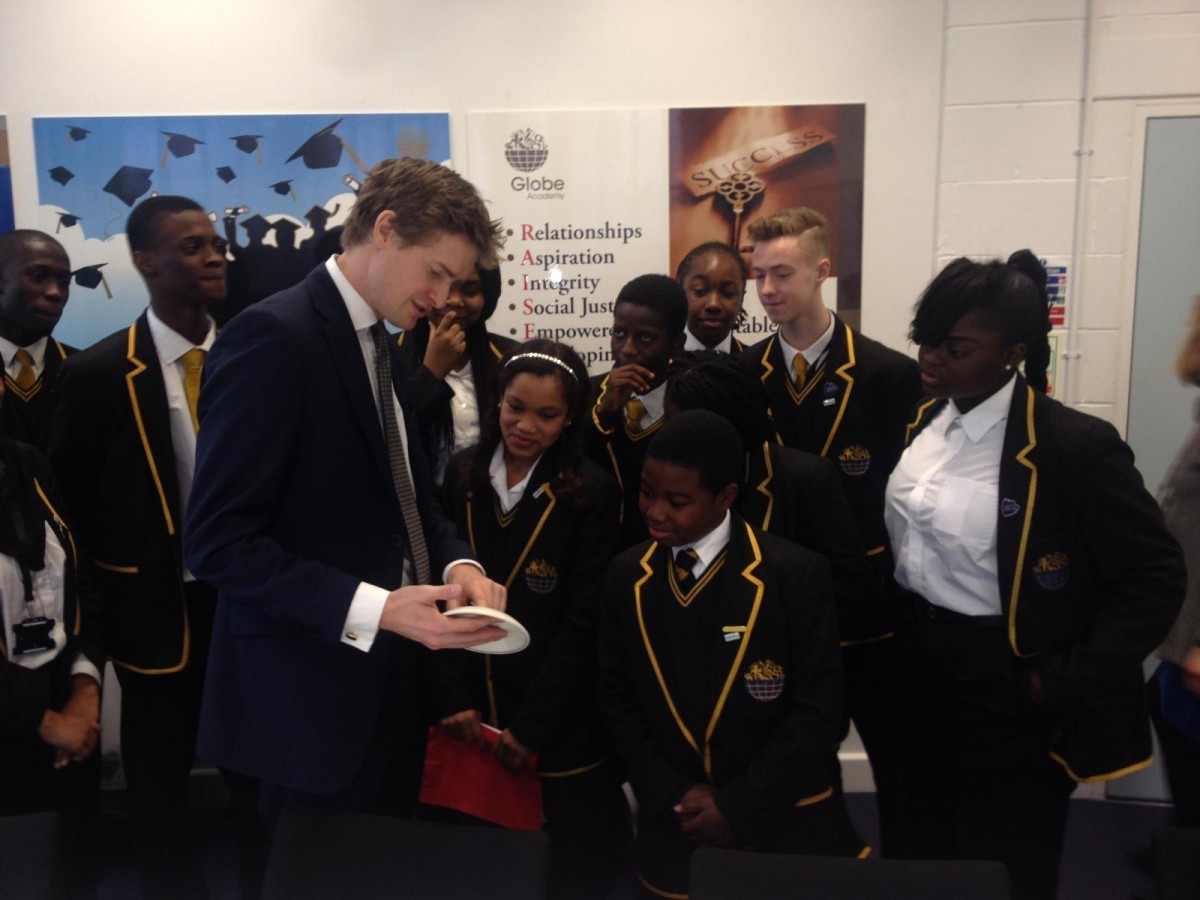 The politician who aspires to run the country’s education system chose to visit ARK Globe Academy near Elephant and Castle on Wednesday to talk to students about their own career aspirations.

Tristram Hunt MP, Labour’s Shadow Education Secretary, met with staff and held a question and answer session with a group of pupils who told him about their experiences in the classroom and what they hope to do in the future. Many of the students, currently in Year 10, are hoping to join Globe’s new sixth form which opens in September 2014 and then go on to university to study subjects such as medicine, engineering, law, architecture and teaching.

High expectations, real improvements
The young people said that they enjoyed lessons at ARK Globe Academy because their teachers take the time to understand their needs, while the school’s specialism in performing arts helps them with their other academic subjects. Mr Hunt said: “The culture of high expectations at ARK Globe Academy really shone through during my visit talking to staff and students. The improvements that have been made in terms of behaviour and the quality of teaching are clearly paying off in results.”

As a lecturer and author of several history books, the pupils told Mr Hunt that they particularly enjoyed learning about the Cold War and the Second World War. The Shadow Education Secretary also met with the Principal, Matt Jones and other teachers to learn more about how ARK Globe Academy has improved results at GCSE by 27% since 2008. The school, which has been rated as good with outstanding features by Ofsted, uses rigorous data analysis to track the progress of individual students. There is also a coaching programme for staff to ensure classroom teaching is consistently high.

Matt Jones, Principal of ARK Globe Academy, said: “It was a pleasure to welcome Tristram Hunt on his first visit to an ARK academy. His emphasis on teaching quality and belief that every child can succeed really chimes with our philosophy at Globe.”

ARK Globe Academy is experienced at hosting high profile guests having been visited by both Barack Obama and David Cameron on the President’s state visit to the UK in 2011.