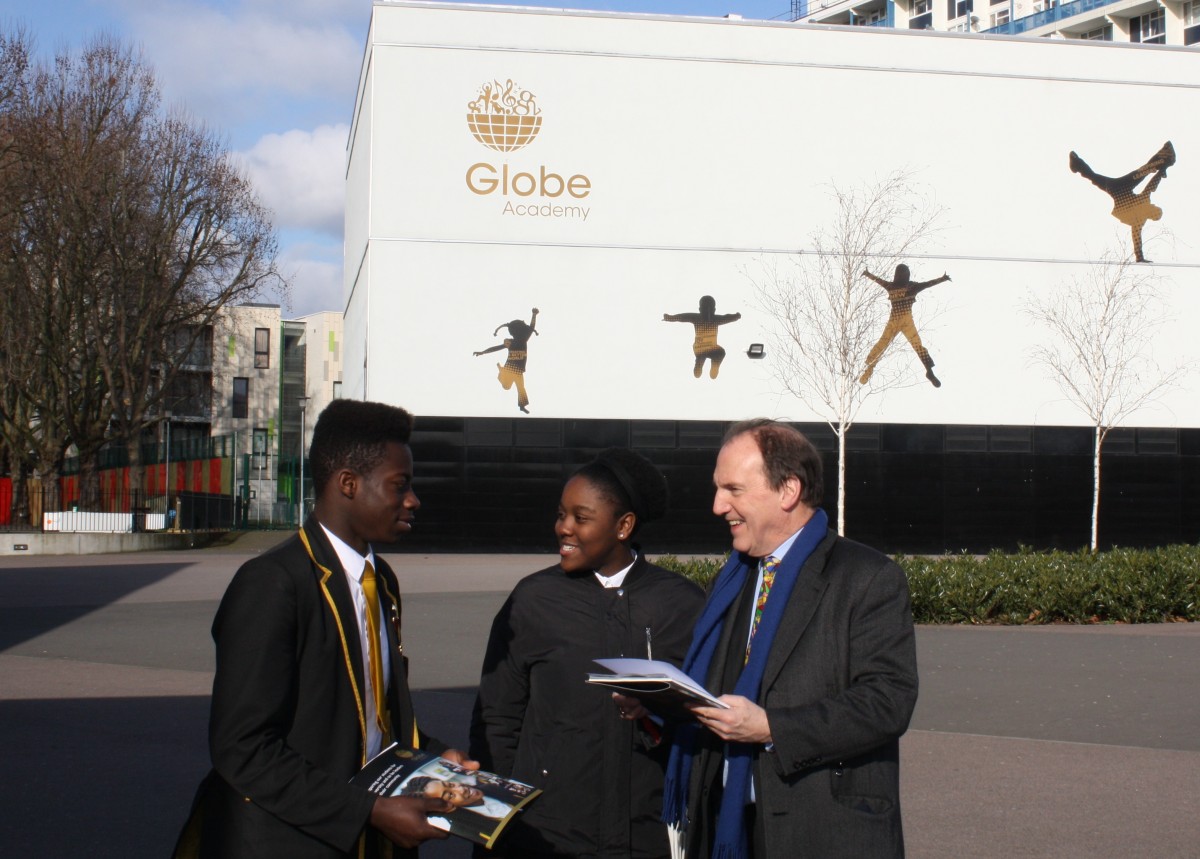 Mr Hughes congratulated Ark Globe Academy on winning a £5,000 Pupil Premium Award after the school was named as one of the top schools in the country for helping disadvantaged students achieve good GCSEs results.

The MP met with Principal Matt Jones and students at the school, whose GCSE results rose last year despite a national drop, before visiting a History lesson and joining sixth form students for lunch.  “This award is a fantastic reflection of the hard work and dedication of all adults at Ark Globe Academy, who support our students on their journeys to university," Mr Jones said. "A huge thank you to Simon Hughes MP for taking the time to visit us at Ark Globe and share in our success.”

Mr Hughes also heard from students how Ark Globe Academy has used the Pupil Premium funding to provide personal mentoring and tutoring to students and extra teachers in the run-up to exams. Students also spoke about how the funding had allowed them to visit top universities like Durham and Southampton and get an insight into life at a leading academic institution. He said: “All staff and students at Ark Globe Academy should be rightly proud of this award. The extra pupil premium money has had a big impact on local schools – we have far more pupils who qualify in Bermondsey and Southwark than the national average."

Ark Globe Academy is one of only 140 schools nationwide to be awarded the Pupil Premium Award, which recognises outstanding use of Pupil Premium funding to raise attainment among disadvantaged students.

The Pupil Premium is additional funding given to publicly funded schools in England to raise the attainment of disadvantaged pupils and close the gap between them and their peers. The 2015 Pupil Premium Awards recognise the schools that do the most to help disadvantaged pupils. Over two thirds (67%) of pupils at Ark Globe Academy’s secondary school are eligible for the pupil premium. Year 12 student Ochuko Toweh said: “Being at Ark Globe Academy has meant that I’ve been able to get extra tuition in maths and chemistry. My dream is to study in the US, and the school has been able to get me a place on a programme to help students apply for a place at an American university.”

The £5,000 award will go towards providing students at Ark Globe Academy with further educational opportunities and support.