Spelling in the spotlight 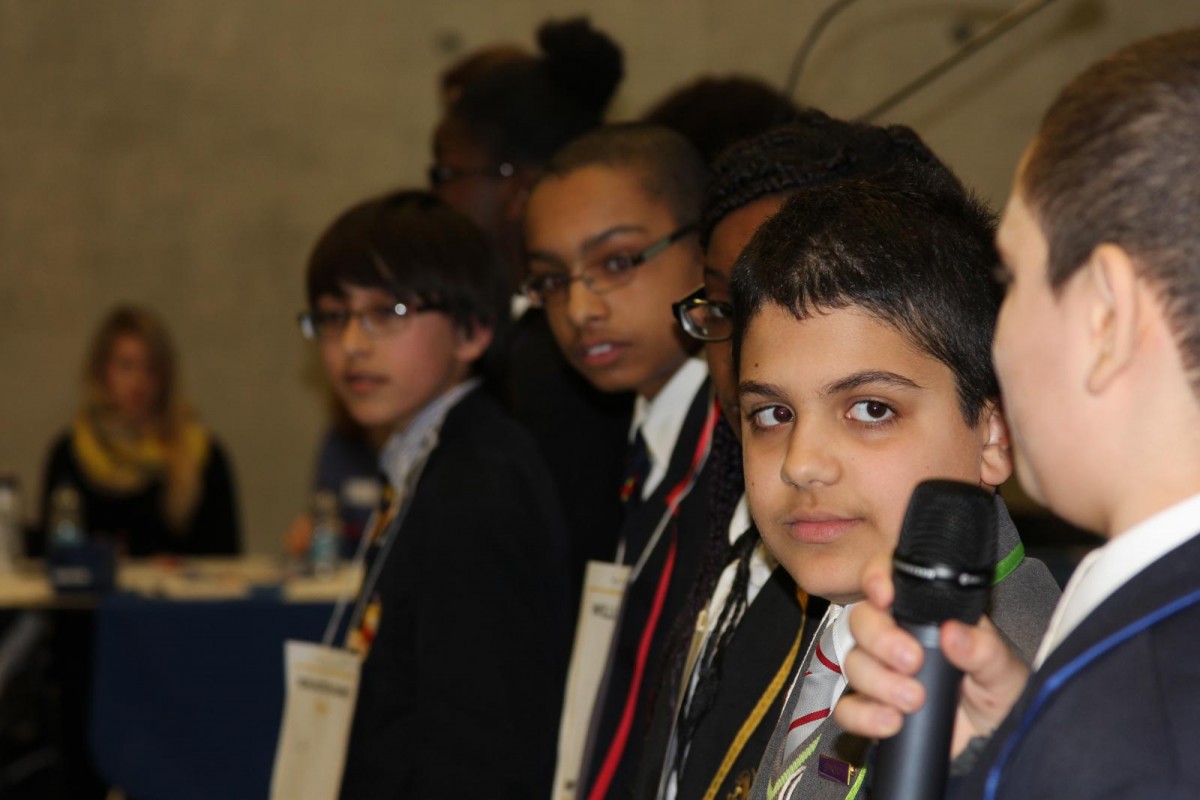 There has been a real buzz across ARK academies over the last fortnight as pupils from across the network proved their spelling prowess at the annual ARK Schools Spelling Bee Championships 2014.

Globe Academy in Southwark hosted 60 year 3 pupils from several ARK primary schools. The students busied their way through spelling quizzes, including ‘quick fire rounds,’ where they had to spell as many words as possible in two minutes.

The level of competition was so fierce that the event’s organisers ran out of primary school level words for them to spell, and had to resort to using advanced words reserved for the teachers round to establish a clear winner.

Among the more difficult words given to challenge the pupils were: hieroglyphics, irresponsible and velociraptor. Miss Goodman of Ark Academy said: “The children have adopted a real love of spelling, even insisting on giving up some of their lunchtimes to practise. I’ve never seen them so excited to spell!”

Two students from King Solomon Academy came away with first place and second place honours. “It makes me feel happy to win because I’ve been practising really hard for this competition,” said overall winner Ryan about the event. ARK Swift were runners-up in the team competition and came third and fourth in the individual’s final. The team from Globe primary came in third.

Students from years 7, 8 and 9 also took part in their own competition, hosted at Evelyn Grace Academy. This time the winners were the girls from Helenswood Academy in Hastings.

Maisie from year 7, said: “We are really happy to win for our school especially as it’s the first time we’ve taken part in the ARK Schools Spelling Bee. It was good to meet students from other ARK Schools.” King Solomon Academy’s team were runners-up and Charter Academy and Evelyn Grace came joint third.

Chike, a year 9 student from Globe Academy looked relieved and confident as he spelt his final word, saboteur, to win the title of Individual Spelling Bee Champion 2014. Chike said: “I feel really good about winning. It shows that hard work really pays off.”

“We were proud to host this exciting event,” said Mr Howells, a teacher at Evelyn Grace. “The ARK Spelling Bee is a wonderful opportunity for students to illustrate their love for spelling in a competitive setting.”