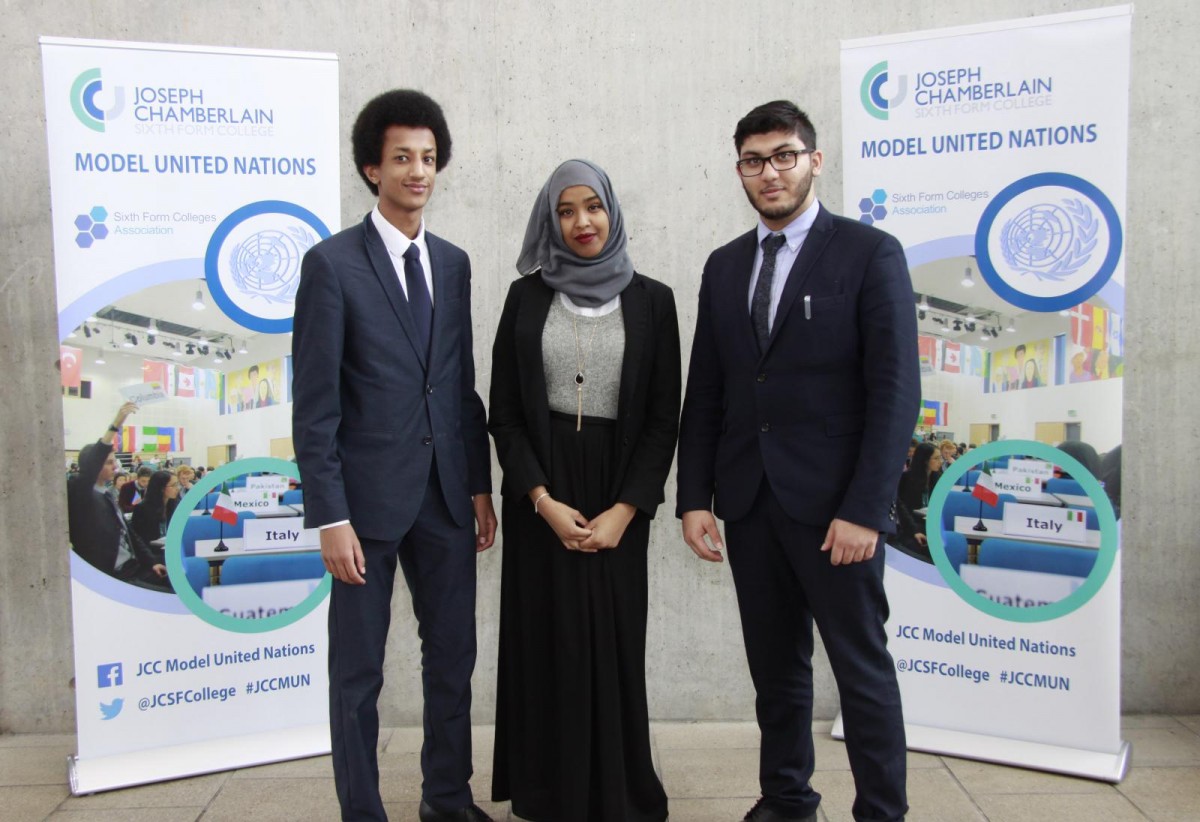 Students from St Alban’s Academy have wowed schools from across the UK with their debating skills during a Model United Nations conference.

300 students from across the UK took part in the educational simulation, in which students learn about diplomacy, international relations, and the United Nations, at Joseph Chamberlain Sixth Form in Birmingham. Of those 300, two students from St Alban’s Academy in Highgate achieved recognition - Samira Ali was awarded best resolution of the conference and Zakaria Mohammed won most effective speaker.

Speaking after the conference, Samira, said: “The Model UN was a challenging experience that stretched me and I now feel more confident about communicating on many levels.  The Model UN was also loads of fun, I made new friends and enjoyed the often heated debates!"

Zakaria added:“The Model UN was an exhilarating experience because everyone was passionate about it.  Unless we take part in these things we won’t know what abilities we have – I realised that I was good at talking to people face to face and in groups and it has made me realise I have what it takes to succeed.”

The St Alban’s sixth formers were representing Kenya and Bangladesh and signed up to the disarmament, economic and social committees.  They spent weeks researching, debating and preparing resolutions to be presented – and had a gruelling first day at the conference in committees delivering policy statements, negotiating with other delegates, and fighting for their resolutions to be approved for the general assembly the following day.

St Alban's sixth former Umar said of the event: "Taking part in the Model UN widened my understanding of difficulties faces by the country I represented.  The conference enabled me to express my viewpoint and defend it where necessary – a great skill.”