Stars in our schools - the housekeeper 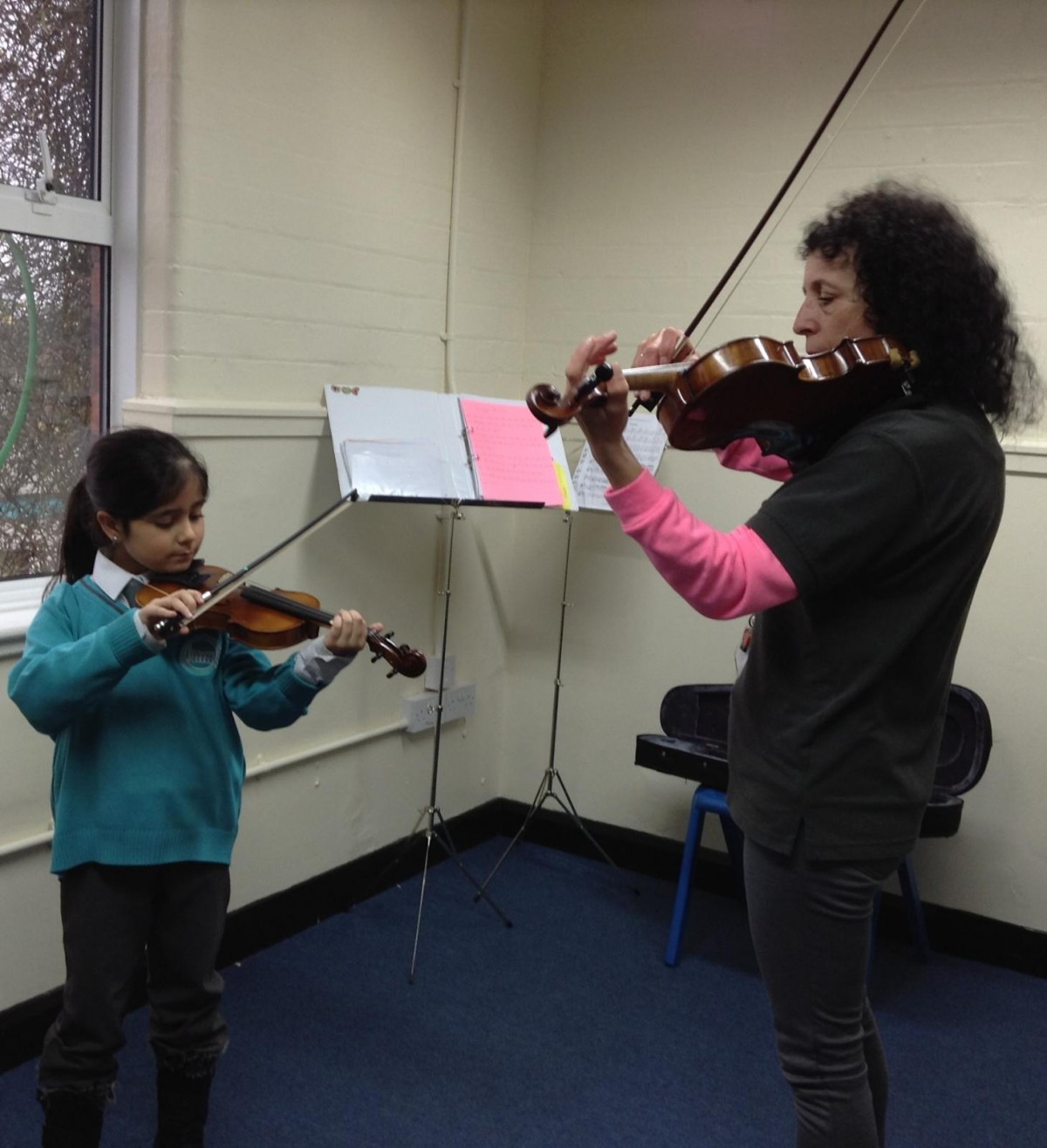 There are few schools which can boast a classically-trained violin virtuoso among their staff. Ark Tindal Primary Academy is one of those schools.

Alice Bognar is Tindal’s housekeeper which, she says, involves “everything from cleaning to making sure visitors to the schools are looked after”.

Beyond her day job, however, Alice makes a huge and unexpected contribution to school life - enriching pupil’s education by leading violin classes. Originally from Austria, Alice grew up playing Hungarian folk songs on the violin with her father and studied the instrument in a conservatoire and the prestigious University of Music and Performing Arts in Vienna before coming to the UK.

“I developed their interest in the violin in a very natural way, by just playing it for them regularly. Now, whenever we ask what instrument the children want to learn, the violin is a very popular choice – and as soon as you’ve got the child’s interest, you can teach them.

“Very few of our pupils come from musical families and we were starting with children who didn’t have a sense of rhythm and couldn’t tell one note from another – by the time they leave for secondary school, they have this incredible understanding of music.

“A lot of them have already shown great promise as violinists – all they needed was to be presented with the possibility and the chance to play.”

Alice, who has been housekeeper at Tindal since 2006, says: “I love this place – Tindal has become my home.

“I remember when the school joined the Ark network in 2012 and I met the new Headteacher, Rebecca Garratt, who brought this new ray of sunshine into the school.

“Since then, keeping the school clean has become easier, because the teachers have really made sure the children are well behaved and that there isn’t any litter left lying around – so I now have more time to teach the violin.”

Assistant Head Deborah Texeira says: “Alice is like a mum to the staff – she looks after us if we’re here late after work and makes sure we get home safely. She does it because she cares about us all and there’s never anything that’s too much for her.”