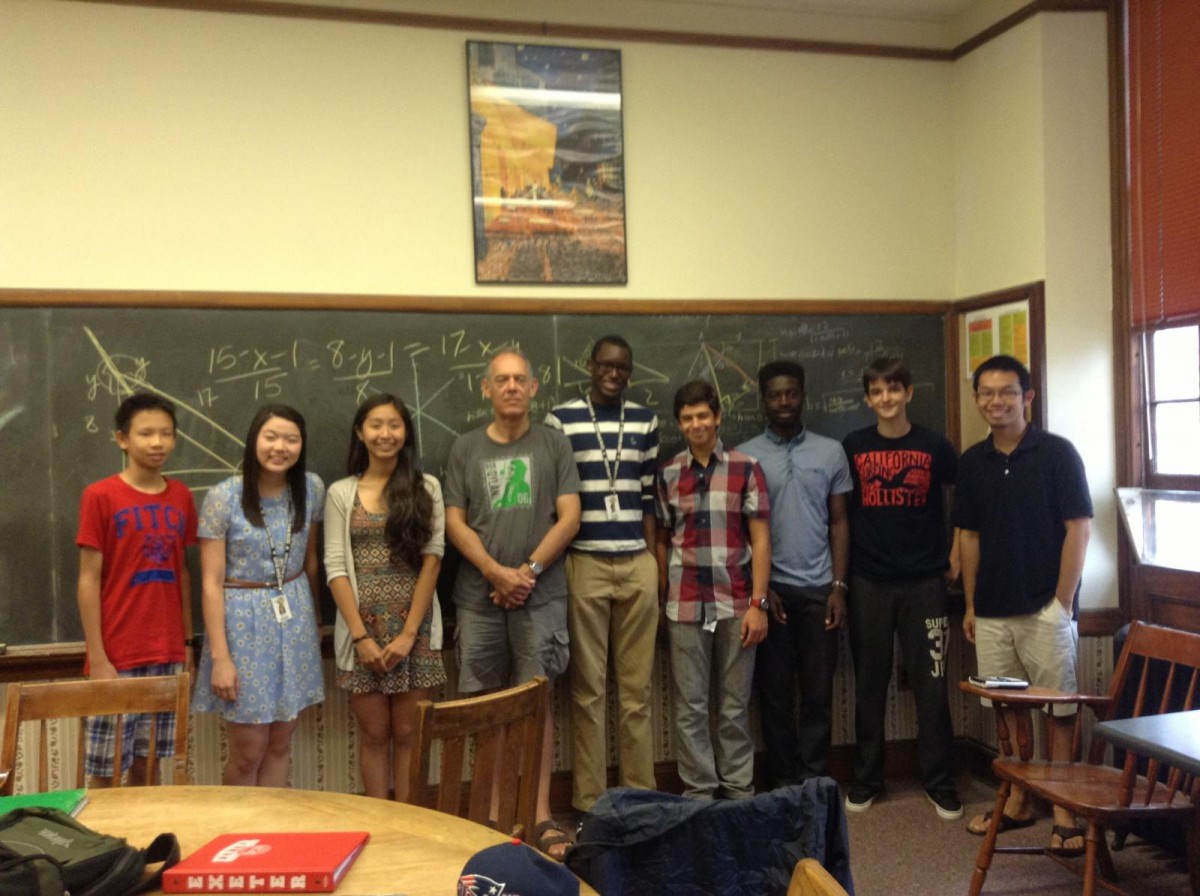 As part of ARK’s University and Careers Success programme, Tolu was one of just six students to secure a summer school placement to Phillips Exeter Academy in New Hampshire, United States. This is his first of three blogs about his experience. Tolu graduated from ARK Kings Academy in Birmingham this August with seven GCSEs.

Apparently the engine failed, taking with it our sense of humour.

We finally arrived what seemed like days later at Phillips Exeter Academy. It was dark and hot, really hot and very quiet. All the other students had arrived on time, met everyone else, eaten and were now fast asleep.

Tired but excited, we were shown to our rooms and in this seemingly innocent gesture, we realised what this academy -this experience – was going to be all about.

There was a purple bag outside my dorm. It had my name on it. I took it inside and saw a note attached. It read: 'Here are your bed sheets. See you tomorrow at 6:30'.

I thought the fact that I had arrived late, stressed from a really long day, would have had an impact on the amount of support I received when I arrived on campus. It didn’t.

The people are great and really kind. It's just so interesting and fun to be around people from all over the world. I play a game called spin and pick. This is where I close my eyes, spin around and pick the first person I see and I can guarantee that they will be someone from an interesting background with a different accent to mine, or anyone else I’ve just spoken to.

That's not completely true because, oddly, there are many students from countries around the world who have American accents, which can be quite confusing.

It's just nice to be in a place where there is a real cultural mix and where we are all here to experience life as an independent youngster. The girls also love the British accent!

The teaching is truly phenomenal. After looking forward to the harkness method of learning for such a long time, I am not disappointed. It is just a great opportunity to learn and be a part of harkness discussions which is the basis for teaching here.

For those who are confused, the harkness method is a student-centred learning approach; a way of teaching that provides tons of enjoyment and learning for the student so long as he/she is ready to commit to the system by meeting the one and only requirement - preparation.

The responsibility to enhance your learning is in your hands here. You are given some work to do as homework but to be honest it isn't really homework; it is the work that you will be doing in your next lesson.

You are expected to review this work and prepare to talk about what you understand or think.

Here is where it gets funky.

After preparing for your lesson, your teacher basically sits back and allows a discussion to happen. You can’t hide behind chairs or other students as it becomes obvious very quickly if you haven't prepared. After a couple of minutes, you can find yourself in a deep conversation about the age old questions of humanity and, guided by the teacher, students learn from each other by sharing ideas and individual conclusions.

These seven days at Phillips Exeter Academy have been an eye opener for me, especially finding the confidence to drive my ideas through a group. I've learned new ways to disagree with people's points of view in a respectable manner and I've also learned to consider other people's opinions. I have become more outgoing.

It's amazing how quickly you pick up these skills when you're in an environment like this.

I have also learned how to shoot a hoop and slam dunk.... and it’s only my first week.