Students quiz Wikipedia founder Jimmy Wales on the secret of his success. 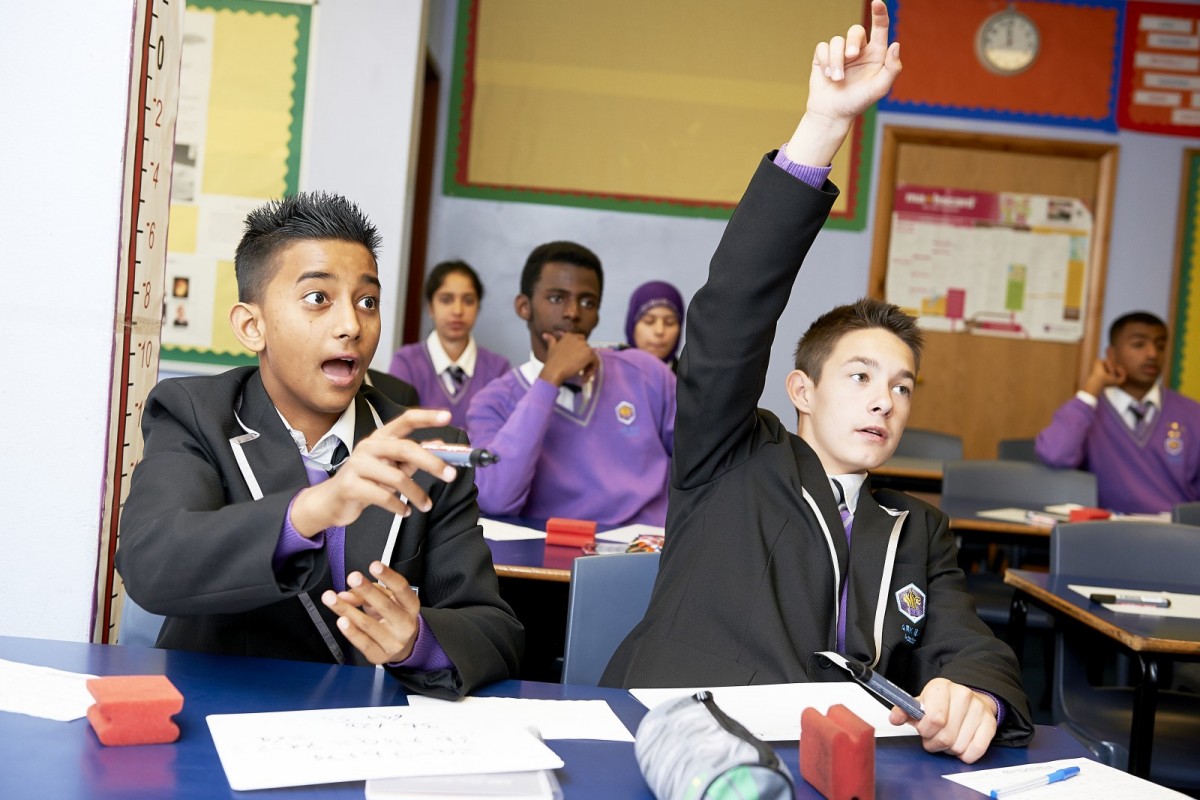 The internet entrepreneur Jimmy Wales visited schoolchildren in Wembley yesterday who got the chance to quiz him about the journey to setting up the fifth most popular website in the world.

The Wikipedia founder spoke to students at ARK Elvin Academy in a broadcast that was watched by students in schools across the UK. Several of the students in the audience were born after the creation of Wikipedia in 2001.

The answer came as a surprise to many. “Failure – Jimmy Wales is good at it," was his message. He discussed the various businesses that he had tried to set up, including an online food ordering business, a search engine and even an initial online encyclopaedia called ‘Nupedia’ which all failed to take off.

“I spent about $250,000 just on the first twelve articles. I keep all twelve of them printed out and by my bed and I read them every night – so someday I’ll get my money’s worth. It was a failed business idea. It didn’t work," he said. “Then I had a really dumb idea. A free encyclopaedia for everyone. Just open up the website and let anybody come and edit. No advertising. No sane business plan of any kind."

The idea would go on to become the 5th most visited website in the world and according to Wales, “change the face of human knowledge forever."

“The classic entrepreneurial success stories that you hear about – the most famous one currently is Mark Zuckerberg – an enormously fast growth curve with no stumbles along the way," said Mr Wales. "These kinds of stories are enormously misleading to young people getting into business. The truth is for most entrepreneurs that’s not the way it works. The way it works is there’s lots and lots of failure. One of the problems for young people is they are very afraid to take that first step, because what if it’s a failure? The idea is just embrace that, try lots of little things – fail and fail and fail because ultimately that is what is going to lead to success."

Annabel Bates, Principal of ARK Elvin Academy, said:  “It was great to welcome Jimmy to our school. We try to build a sense of resilience and determination amongst our students. We believe mistakes are learning opportunities, and a chance for students to build their strength for future life."

Mr Wales also discussed some of the challenges of a male-dominated business. “One of the things we know is that 85% of our contributors are male. This leads to certain bias in the content. Bias in what we cover. There is an academic study which shows that our coverage of female authors is not nearly as good as male novelists."

Asked by one ARK Elvin student about whether he uses Wikipedia, he said, “I have a button on my browser which has an entry on a random British female novelist, and I see if there is anything I can add."

He was also quizzed about the impact of technology including Wikipedia in education. To those teachers who say that students shouldn’t use Wikipedia for their homework, he says: “You might as well tell them not to listen to pop music.  The real thing we need to teach is how to use it – what the drawbacks are, if the article disputes its neutrality or says there are a lack of sources. Teachers need to ask the questions that can’t be answered on Wikipedia – go a little deeper."

The event was live streamed via Google Hangout and the TES Connect website to over 100 schools to mark the launch of a series of events to promote the study of Science, Technology, Engineering and Maths (STEM) subjects.

Jimmy Wales said: “It’s very important that we get students interested in STEM subjects. I studied maths and finance, which gave me a strong platform to move into technology and start Wikipedia."

ARK has a particularly strong record in STEM subjects, with students performing above average in maths progress, helped by the innovative Mathematics Mastery programme. Students at ARK Elvin Academy in Wembley have just made the switch from ICT to studying the new computing curriculum, with pupils in Year 10 the first group to do the new rigorous course. Classes in Year 9 are all named after technology entrepreneurs including Tim Berners-Lee and Jony Ive.

Rory Cellan Jones, the BBC’s technology correspondent, who chaired the event, said that the audience was “very intelligent." The event was organised by Speakers for Schools and supported by Google UK, the Times Educational Supplement (TES) and Founders Forum For Good.

Matt Brittin, President, Northern and Central Europe Operations at Google said: "Google is thrilled to be supporting the work of Speakers for Schools and this special series of talks, as I am personally. Enhancing education and access through technology is a top priority for Google. We hope that by opening up these unique talks, sharing them online through our platforms, it will allow classrooms across the UK join the conversation with industry leaders about STEM and leave students inspired."